Seth Rich, Julian Assange and Dana Rohrabacher - Will We Ever Know the Truth About the Stolen DNC Files?

The media is doing its best to make the Seth Rich story go away, but it seems to have a life of its own, possibly due to the fact that the accepted narrative about how Rich died makes no sense. In its Iatest manifestation, it provides an alternative explanation for just how the information from the Democratic National Committee (DNC) computer somehow made its way to Wikileaks. If you believe that Jeffrey Epstein committed suicide and that he was just a nasty pedophile rather than an Israeli intelligence agent, read no farther because you will not be interested in Rich. But if you appreciate that it was unlikely that the Russians were behind the stealing of the DNC information you will begin to understand that other interested players must have been at work.

For those who are not familiar with it, the backstory to the murder of apparently disgruntled Democratic National Committee staffer Seth Rich, who some days before may have been the leaker of that organization’s confidential emails to Wikileaks, suggests that a possibly motiveless crime might have been anything but. The Washington D.C. police investigated what they believed to be an attempted robbery gone bad but that theory fails to explain why Rich’s money, credit cards, cell phone and watch were not taken. Wikileaks has never confirmed that Rich was their source in the theft of the proprietary emails that had hitherto been blamed on Russia but it subsequently offered a $20,000 reward for information leading to resolution of the case and Julian Assange, perhaps tellingly, has never publicly clarified whether Rich was or was not one of his contacts, though there is at least one report that he confirmed the relationship during a private meeting. 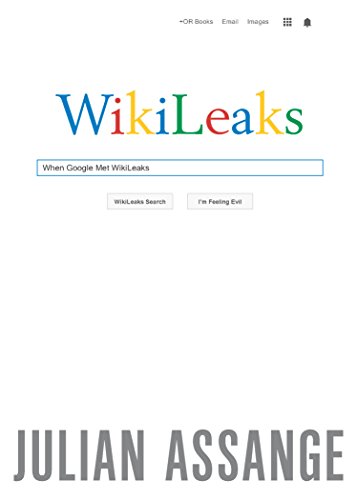 Answers to the question who exactly stole the files from the DNC server and the emails from John Podesta have led to what has been called Russiagate, a tale that has been embroidered upon and which continues to resonate in American politics. At this point, all that is clearly known is that in the Summer of 2016 files and emails pertaining to the election were copied and then made their way to WikiLeaks, which published some of them at a time that was damaging to the Clinton campaign. Those who are blaming Russia believe that there was a hack of the Democratic National Committee (DNC) server and also of John Podesta’s emails that was carried out by a Russian surrogate or directly by Moscow’s military intelligence arm. They base their conclusion on a statement issued by the Department of Homeland Security on October 7, 2016, and on a longer assessment prepared by the Office of the Director of National Intelligence on January 6, 2017. Both government appraisals implied that there was a U.S. government intelligence agency consensus that there was a Russian hack, though they provided little in the way of actual evidence that that was the case and, in particular, failed to demonstrate how the information was obtained and what the chain of custody was as it moved from that point to the office of WikiLeaks. The January report was particularly criticized as unconvincing, rightly so, because the most important one of its three key contributors, the National Security Agency, had only moderate confidence in its conclusions, suggesting that whatever evidence existed was far from solid.

An alternative view that has been circulating for several years suggests that it was not a hack at all, that it was a deliberate whistleblower-style leak of information carried out by an as yet unknown party, possibly Rich, that may have been provided to WikiLeaks for possible political reasons, i.e. to express disgust with the DNC manipulation of the nominating process to damage Bernie Sanders and favor Hillary Clinton.

There are, of course, still other equally non-mainstream explanations for how the bundle of information got from point A to point B, including that the intrusion into the DNC server was carried out by the CIA which then made it look like it had been the Russians as perpetrators. And then there is the hybrid point of view, which is essentially that the Russians or a surrogate did indeed intrude into the DNC computers but it was all part of normal intelligence agency probing and did not lead to anything. Meanwhile and independently, someone else who had access to the server was downloading the information, which in some fashion made its way from there to WikiLeaks.

Both the hack vs. leak viewpoints have marshaled considerable technical analysis in the media to bolster their arguments, but the analysis suffers from the decidedly strange fact that the FBI never even examined the DNC servers that may have been involved. The hack school of thought has stressed that Russia had both the ability and motive to interfere in the election by exposing the stolen material while the leakers have recently asserted that the sheer volume of material downloaded indicates that something like a higher speed thumb drive was used, meaning that it had to be done by someone with actual physical direct access to the DNC system. Someone like Seth Rich.

What the many commentators on the DNC server issue choose to conclude is frequently shaped by their own broader political views, producing a result that favors one approach over another depending on how one feels about Trump or Clinton. Or the Russians. Perhaps it would be clarifying to regard the information obtained and transferred as a theft rather than either a hack or a leak since the two expressions have taken on a political meaning of their own in the Russiagate context. With all the posturing going on, the bottom line is that the American people and government have no idea who actually stole the material in question, though the Obama Administration was extraordinarily careless in its investigation and Russian President Vladimir Putin has generally speaking been blamed for what took place.

The currently bouncing around the media concerns an offer allegedly made in 2017 by former Republican Congressman Dana Rohrabacher to imprisoned WikiLeaks founder Julian Assange. According to Assange’s lawyers, Rohrabacher offered a pardon from President Trump if Assange were to provide information that would attribute the theft or hack of the Democratic National Committee emails to someone other than the Russians. He was presumably referring to Seth Rich. 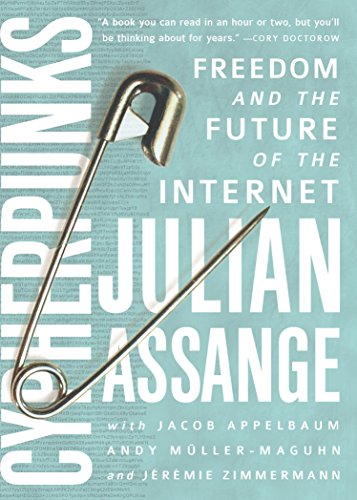 Assange did not accept the offer, but it should be noted that he has repeatedly stated in any event that he did not obtain the material from a Russian or Russian-linked source. In reality, he might not know the original source of the information. Since Rohrabacher’s original statement, both he and Trump have denied any suggestion that there was a firm offer with a quid pro quo for Assange. Trump claims to hardly know Rohrabacher and also asserts that he has never had a one-on-one meeting with him.

The U.S. media’s coverage of the story has emphasized that Assange’s cooperation would have helped to absolve Russia from the charge of having interfered decisively in the U.S. election, but the possible motive for doing so remains unclear. Russian-American relations are at their lowest point since the Cold War and that has largely been due to policies embraced by Donald Trump, to include the cancellation of START and medium range missile agreements. Trump has also approved NATO military maneuvers and exercises right up to the Russian border and has provided lethal weapons to Ukraine, something that his predecessor Barack Obama balked at. He has also openly confronted the Russians in Syria.

Given all of that back story, it would be odd to find Trump making an offer that focuses only on one issue and does not actually refute the broader claims of Russian interference, which are based on a number of pieces of admittedly often dubious evidence, not just the Clinton and Podesta emails. Which brings the tale back to Seth Rich. If Rich was indeed responsible for the theft of the information and was possibly killed for his treachery, it most materially impacts on the Democratic Party as it reminds everyone of what the Clintons and their allies are capable of. It will also serve as a warning of what might be coming at the Democratic National Convention in Milwaukee in July as the party establishment uses fair means or foul to stop Bernie Sanders. How this will all play out is anyone’s guess, but many of those who pause to observe the process will be thinking of Seth Rich.

Previous article by Philip Giraldi: Anonymous Sources and the Guys and Gals Who Made the Iraq War a Reality Are Now Claiming That the Kremlin Is at It Again!

The Media’s Deafening Silence on Mike Bloomberg’s Ties to Epstein and Other Criminals Today, I’m Publishing the Document That Could Save Us From War