When the Coronavirus Scare Is Over, Economic Armageddon Will Remain!

The psychopaths among us are the members of the ruling class and their pawns in politics, and any that seek power over others. Those in the highest positions are the most psychopathic and corrupt of all, and also the most dangerous, but in essence, any that desire to rule over others are not worthy of admiration or respect. They are simply evil. In a country that claims to be represented equally, although that has never happened or even been possible, today one man or a few have the political authority to determine the behavior and future of all under their rule, and the herd has no concept of this truth. Ignorance at this level is not natural, and is the result of long-term propaganda and mass indoctrination.

We are in the midst of something that could have seemingly only been written in a science fiction novel, but is now reality. A so-called virus that has reportedly been responsible for a few thousand deaths, has allowed a small number of politicians to take over most of the globe. Entire countries are shutting down, and implementing different forms of martial law. Travel bans are now becoming universal, and the ruling class is demanding total isolation among entire populations. At the current time, this is called self-isolation, which would obviously be a voluntary behavior. The reality is that anyone that is told to self-isolate and does not do so, is forced at gunpoint to comply. This has nothing to do with self or voluntary action, but is the result of total despotic rule. While some forms of martial law are already in place in the form of curfews, lockdowns, and restrictions, more control measures are on the way, and very invasive medical martial law seems imminent. 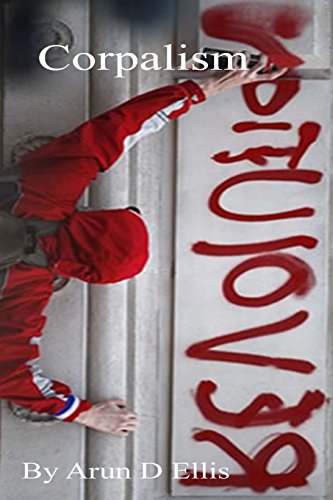 These measures being forced on the public by the governing bodies have stopped much if not most normal economic activity. This is not localized any longer, but is spreading to all aspects of American society. All gatherings of people have been suspended or eliminated. Events nationwide have been stopped, venues have been closed down, and the precious right of movement is quickly disappearing. Normal functions required for survival are becoming much more difficult or impossible to achieve. Businesses are shutting down, and those dependent on paychecks will soon face dire consequences. There has been no thought or compassion evident when political decisions that affect the lives of so many are arbitrarily mandated under the false auspices of safety and protection. The entirety of these responses is a scam, and meant more for population control than anything else. My initial thinking was that this fake pandemic was structured purposely as a test due to a fractured economy teetering on the edge of an imminent collapse; a failing economy caused by the very same group of people that are now in a position to control every aspect of American life.

This growing government takeover of all economic affairs is still expanding, and has the potential to become all-consuming in nature, all because of a virus most likely purposely created in a bio-weapons lab. This flu-like virus will soon end in my opinion, but the massive economic chaos created out of this structured pandemic will linger for many years. Actually, this could change the entire world economic outlook, and due to measures implemented without thought or caring, could destroy many families, and bring much more poverty, famine, and death than any virus ever could have achieved. To my knowledge, this possibility has not even been addressed, but maybe that was the plan all along. A scared and starving world population would be ripe for takeover, and the globalist agenda would have smooth sailing in its quest for domination.

Much of the American population is in debt, has no savings, and can barely live week to week, so what will happen when they have no jobs, no food, and no staples required to live? How will they heat their homes, buy groceries, pay their bills, and handle medical costs for themselves and their families? How will the elderly fare when they are locked up in their homes and isolated without the ability to be with their families? With mass restrictive laws, and with no ability to travel or receive visitors, how will people cope?  The economic reality that is America today is one of debt and consumption, and this extends well into the current middle class. By some studies, 70% of Americans have less than $1000 in savings, so how can a forced economic shutdown caused and implemented by this evil government not cause more sickness, poverty, and death than is possible with any viral concern?

If the coronavirus disappeared today, the devastating economic fallout would remain prevalent in this country for years to come. Already, many are on the edge of poverty, with prices in this country at unheard levels, and increasing constantly. The inflationary aspect of the coronavirus response alone will cause prices to continue to skyrocket in a time when the average American is unable to work, has no savings, and is completely unsure of the future. This is a recipe for economic disaster.

While this cannot be proven yet, I believe this created panic has been done for specific reasons that are sinister. But whether this happened accidentally, or was purposely orchestrated, will soon become irrelevant because the great harm caused to so many will consume the pursuit of truth, and allow for the cover-up of fault. This can only favor the ruling elites, and place all the rest of society in a position of dependence, and therefore in a position of slavery.

Many have asked me where this will end, but there is no certain answer to this question. But what is certain in my mind is that this will not end well, and in fact, the economic destruction will be immeasurable, and the tyranny that will remain in place after the fog clears will be monstrous.

Previous article by Gary D. Barnett: Panic Will End But Tyranny Will Not