Was the Coronavirus Created as Cover for the Imminent Economic Collapse?

A USA Today headline this morning indicated that the Dow was diving as virus concerns counter hope for fiscal steps.

U.S. stocks teetered on the edge of a bear market Wednesday as worries persisted over economies reeling from the coronavirus outbreak.”

“Concerns have grown that a prolonged outbreak may bring on a recession.”

“Goldman Sachs forecast that the longest ever bull market “will soon end” after 11 years.”

“Both the real economy and the financial economy are exhibiting acute signs of stress, analysts at Goldman Sachs said”.

Panic has certainly settled in, and that was no accident. One thing for sure in my mind is that this crisis was created, and not accidental. Regardless of the severity of this so-called virus, in the end, as has happened on multiple occasions before with MERS, SARS, West Nile, swine Flu and others, it is likely that all the wild predictions will once again prove to be overstated or downright false. But the serious economic fallout will remain. The propaganda is being pushed at every level possible, from governments worldwide, to government “health” organizations, to all mainstream media, and from all those that stand to gain from this, including the pharmaceutical companies.

Many have been talking about the markets and economic risks apparent in this country and around the world for a long time. I began sounding alarms before 2008, and since that time have attempted to make aware the fact that from an economic standpoint, the markets and the economy have become much worse, and more suspect ever since. After all the manipulation, the Quantitative Easing (QE), and the continued debt growth, it seemed apparent that a massive economic failure was likely in the future. Is that damning future about to come to fruition? Do the controlling powers that have created this likely economic disaster understand this, and seek to place blame on this new coronavirus outbreak as the cause of all financial ills to come? Was this new coronavirus (COVID-19) purposely created and released so that central bankers, investment bankers, corporate heads, and government puppets could use it as cover for an imminent economic collapse that has become impossible to contain? This in my opinion is a distinct possibility. Political convenience at this level is rarely accidental.

With any financial collapse in the wake of a pandemic, real or not, control over world populations is much easier to implement. Once martial law or medical martial law is in place due to panic, all of society is crippled in the sense that individual liberty and power is lost, economic freedom is restricted, and societal controls such as quarantine become reality. All monetary policy rules will be non-existent, as scrutiny for these tyrannical measures will be lacking during times of extreme strife. In other words, total control of entire populations becomes possible, and without some sort of mass uprising, there is little that any individual can do in situations like these. As James Corbett so rightly said, this panic will cause the cures to be much worse than the disease. But was that the plan all along?

This virus has become a Trojan horse for total population control, but what is the primary objective of those creating this panic? What end game is sought and why? What other factors are guiding these policies, and who stands to benefit? Was this so-called pandemic meant to be a false flag event in order to cover-up a much larger problem? Answers to these questions are not perfectly clear at this point, but given the severity of the panic and mind control of the public, these questions should be asked.

One thing that is certain in my mind is that this virus is purposely being blown out of proportion. Because of this, extreme population control measures have been put into place around the world There is a reason for this maniacal hysteria, and if it has been manufactured as an agenda, as I believe to be the case, that agenda would have to be sinister. It would also indicate that something very dangerous is lurking just behind the curtain, and exposure is not desired. This should not be ignored.

As I write this, world markets are in turmoil, economies are struggling, travel and movement are being more and more restricted, quarantine is rampant, and has reached the U.S. Globalists are gaining strength, and with all this, the stupidity of humans is now exposed for all to see. 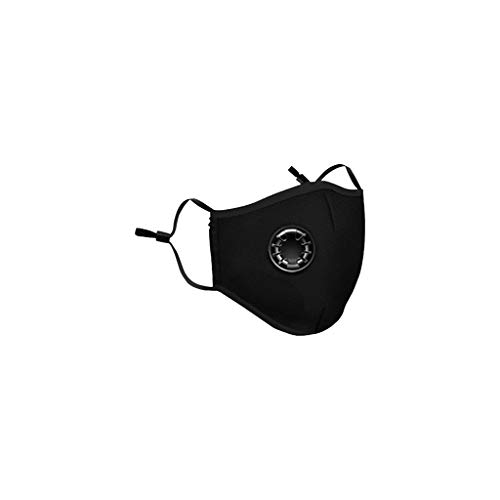 Anyone succumbing to the headlines, and especially the predictions, is likely to go insane. There are projections that up to 70% or more will get this dreaded virus, and many millions will die. Quarantine is becoming universal, and getting worse by the moment, and this virus as it is called, will spread wildly around the world with no possibility that any can escape the risk. As of today even with this much hype, there has been outside of China, only 1,417 deaths reported worldwide due to COVID-19. All this while according to U.S. News, the CDC reported as of February 21, that 26 million Americans have fallen ill with flu-like sickness just this flu season so far, 250,000 have been hospitalized, and at least 14,000 have died. Given this comparison, is it not obvious that government deception is more than evident?

Fear is dictating the behavior of the masses, and this looks to be a planned outcome. Entire populations are allowing themselves to be manipulated. People are accepting quarantine, medical martial law, and all other forms of medical dictates. Many are being harmed by the horrible economic ramifications of this madness, and families are being torn apart.

It is time to fight back, and to find the real cause of this manufactured panic. This panic is desired by those at the top, so what is the real agenda here? Why is this happening, and what is being hidden from view? I believe there is a connection between this faltering economy and this most likely false pandemic. That connection seems clear, and the timing is very suspicious. There is massive deceit and lies are ever present, but the worst is yet to come. As the Federal Reserve pumps $175 billion more today into the banking system, can any not connect the dots? Is the end of our financial system now in sight?

Today the WHO just declared the coronavirus a global pandemic, and all hell is about to break loose. In this environment, natural freedom will become a faded memory.

Previous article by Gary D. Barnett: The Coronavirus Is the Way to Martial Law and Total Control Over Populations

Can the Government Restrict Travel to Protect Public Health?Uncle Again…or Me for a Change?