“I must not fear. Fear is the mind-killer. Fear is the little-death that brings total obliteration. I will face my fear. I will permit it to pass over me and through me. And when it has gone past I will turn the inner eye to see its path. Where the fear has gone there will be nothing. Only I will remain.” ~ Frank Herbert, Dune

Can the common flu cause people in America and worldwide to lose their minds, and lose all ability to think? Apparently, that is the case, as Americans have gone insane over a new monster created out of thin air called coronavirus. I have anticipated a scenario such as this, and written about it for the past decade or more, but the response by the people of this country is more ridiculous than even I could have imagined. It is the most pathetic sight I have seen in my life.

Without any initial testing, without any proof, without any certainty as to what this new fake threat to all mankind actually is, the world is now in lockdown, and therefore very easy to control. A better plan for the globalists could not have been imagined, as the sheep get into line for sheering without any resistance or question. I have watched this take place, and it was structured incrementally, all along testing the gullibility and fear of the populace, and as it progressed, it became obvious to those perpetrating this lie that taking over the entire country was going to be a cakewalk. 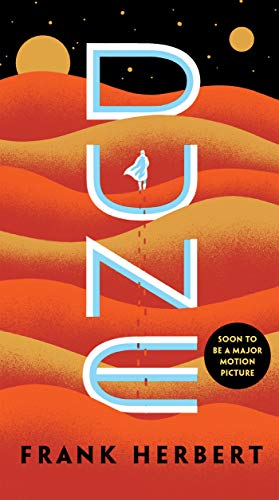 What is happening now is exactly as Bill Gates previewed it in his idiocy called Event 201, which seems to have been the initial test and propaganda piece set in place to start this engine. This was no coincidence, regardless of what the mainstream media and globalists’ claim, but was an active exercise for what was to come. And yes, this is real conspiracy, not “conspiracy theory.”

I will not relent in my efforts to expose the fact that the U.S. economy has been decimated due to spending, debt, and money creation for many years. Considering the situation in 2008, when all markets should have failed, the current economic picture is not only far worse, but has reached the pinnacle of disaster. This economy cannot be saved by money printing, QE, or sending checks out to those that have been forcibly relieved of their jobs by government fiat. I firmly believe that a major factor in why this so-called pandemic was created is to shift blame for the impending economic collapse on this virus, and hide the fact that the Fed and central banks around the world completely destroyed the economy. Had the markets and economy been allowed to fail without any fake pandemic, the government and banking system would have been exposed for the criminal thieves they are. This could not be allowed to happen by the ruling elites. Hence, the flu will kill us all!

As I wrote yesterday here:

“It is my belief that the regular flu is being used as a cover for this fake virus, and will serve to hide fault of a state-created economic collapse. In the process, all will become slaves to the state, and this is not a temporary tyranny, as it will last long after this current non-risk is over. Today, Trump and his entourage of idiots stood before the cameras and said now we can do this next spring to help stop the flu! That is basically an announcement that these measures can be used for any excuse deemed “necessary” by the ruling class. They are actually preparing the sheep for ongoing martial law.”

Coronavirus, according to Dr. Wolfgang Wodarg, is a part of all viruses, and 8% to 15% of viruses are coronavirus, so that will show up in testing. This is especially the case when testing the already sick and dying, the old and infirmed, and this kind of testing would be far different than random population tests. In other words, if testing is set up to test sick people, up to 15% will show coronavirus. It is a natural part of flu, and will always show up, so it would be easy to use to fool the dumbed-down and dependent herd. They are easily frightened, and expect government to take care of them from cradle to grave, so this test has been successful for those intending to take control of populations around the world.

Today, we all face horrendous consequences of this staged pandemic. The economic collapse alone will devastate much of the population. This will cause unheard of disaster, and will bankrupt many around the country. This will be life-changing for all Americans, and will change forever the landscape of what is falsely considered a “free” country. Voluntary lockdowns will quickly become mandatory lockdowns, which requires martial law and certainly medical martial law. Police will patrol not for real crime, but to force all to stay in a home prison. National guard units have been deployed in many states already, and that will continue to expand, and then the military will take to the streets to enforce government mandates once full martial law is implemented. In cities, gun sweeps will begin soon, as many areas have already banned gun and ammunition sales.

One of the saddest and most pathetic behaviors that have emerged in this chaos is that most all citizens are accepting everything they are fed, are monitoring their neighbors and anyone showing signs of dissent, and reporting them to authorities. They are helping to enslave themselves without any concept of the stupidity of their actions.

Get prepared for total chaos, economic destruction, martial law, forced vaccinations, permanent job loss, lockdowns, panic, riots, and state violence against dissenters and regular citizens that has never been seen in this country before now. Isolation will be universal, and many more will die from these tyrannical measures than any flu could ever cause.

The governing bodies are calling this a war, and they are correct, but this war is an aggressive war against Americans, not against any virus or outside foreign threat. The enemy now is us, and the aggressor forces will include full military power, with the sole objective of total control. The only solution available is mass disobedience and mass dissent. Numbers matter, and without numbers, any individual dissenter will be quickly taken out!

Previous article by Gary D. Barnett: When the Coronavirus Scare Is Over, Economic Armageddon Will Remain!

Freedom in a Time of MadnessFinancial Distancing