Panic Will End but Tyranny Will Not

“Our contemporaries are constantly excited by two conflicting passions; they want to be led, and they wish to remain free: as they cannot destroy either one or the other of these contrary propensities, they strive to satisfy them both at once. They devise a sole, tutelary, and all-powerful form of government, but elected by the people. They combine the principle of centralization and that of popular sovereignty; this gives them a respite: they console themselves for being in tutelage by the reflection that they have chosen their own guardians. Every man allows himself to be put in leading-strings, because he sees that it is not a person or a class of persons, but the people at large that holds the end of his chain.

By this system the people shake off their state of dependence just long enough to select their master, and then relapse into it again. A great many persons at the present day are quite contented with this sort of compromise between administrative despotism and the sovereignty of the people; and they think they have done enough for the protection of individual freedom when they have surrendered it to the power of the nation at large. This does not satisfy me: the nature of him I am to obey signifies less to me than the fact of extorted obedience.”  ~ Alexis de Tocqueville, Democracy in America

Any real state of fear will bring panic, and once panic is the prevailing attitude of society at large, the herd seeks safety at all cost. Seeking safety under these circumstances allows for tyranny by the ruling class, and when the restrictive consequences of that tyranny are in place, escape from mass servitude is almost impossible to achieve. It must be understood that decisions made under stress due to fear end with a loss of freedom, and when freedom is compromised, what is left is slavery.

We have been told that a pandemic is upon us, and that we must sacrifice for the good of all, and for the sake of the nation. If the people at large accept this premise, individual sovereignty is not only compromised, but also permanently damaged. When the masses as a group seek shelter from harm, and agree to temporarily relinquish some or all of their freedoms, oppression is the result. That is why panic is so perilous, and why hasty decisions should never be made during a real or supposed crisis.

As I write this, it is obvious that none of these suggestions have been followed, and the herd has acquiesced to most all commands from on high in order to gain what will most likely turn out to be false hope at the expense of accepted domination. At this point, it is not too late to reverse part of the damage, but any continuation of mass subservience will only end in oppressive misery.

There is no certainty that this new coronavirus called COVID-19 is any more dangerous than any other virus in the past, but the ruling class and their minions in the mainstream media and beyond, are screaming at the top of their lungs that this is the scourge of mankind, and that tens of millions of Americans will become infected, and that millions might die. This is being promulgated by government at every level, by so-called national and world health organizations, and by a complicit media that seemingly does as it is told by those holding political power. This is being done regardless of the fact that no one knows much about this so-called virus, knows little or nothing about its true origin, and knows little about its mutations. Also, politicians, claimed authorities, and alleged experts are in the dark as to how particular cultures have been more susceptible than others, and are unwilling to discuss that the probable cause of this is due to a man-made strain created in a bio-weapons lab, even though a preponderance of evidence points in that direction. All possibilities should be discussed.

This government is now taking total control over our lives, and will take full advantage of this situation to bring draconian anti-liberty measures to all that live in this country.  This is an atrocity, and one that will change the face of this nation. Current risk includes the implementing of medical martial law as well as the possibility of total martial law with any major resistance from those not willing to accept being in a captured society. I outlined the measures that have been implemented by at least 40 states to affect medical martial law recently in this article. The act that has been adopted is the Model State Emergency Health Powers Act (MSEHPA), and the included language is dictatorial in nature.

Besides the sheer tyranny of these measures being planned and implemented as I write this, the certain economic devastation to come is unimaginable. No one will be spared economic harm, and many will be completely destroyed by the government’s response to this manufactured panic. In addition, when the virus scare is over, and it will be, the economic destruction will remain, and it could take years for any recovery to take place. 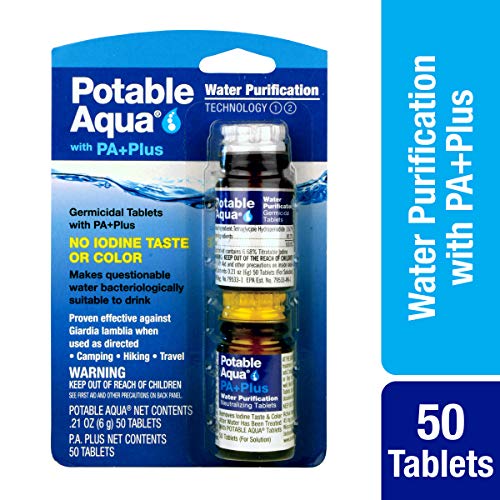 Has all this panic been planned? The impending economic collapse caused by the Federal Reserve and its massive money printing is most likely going to be falsely blamed on the coronavirus, so what is the connection? Was this virus created for the purpose of covering up responsibility for an economic meltdown? Was it created to harm the economy of China and Iran? If not, is it being purposely used for these purposes? Is population control due to all these factors mentioned sought by the ruling class, and is this virus the impetus for gaining that control?

There are many unanswered questions, and much uncertainty about this virus, so what is the real danger? The real danger to America is the U.S. government and its dictatorial response to what appears to be an orchestrated hysteria. The solutions offered by Trump and this government, regardless of who is pulling the strings of these puppets, are far more dangerous than any manufactured pandemic. Fear and panic allow for control, and those in power understand this truth, and use it to their advantage. Panic is worthless, and can only lead to the acceptance of authoritative rule. This is the real risk; this is the real danger. If the people allow a takeover of their lives due to this panic, they will not only have lost their liberty and all they own, they will have also lost their sanity.

Previous article by Gary D. Barnett: Was the Coronavirus Created as Cover for the Imminent Economic Collapse?

Would It Be Unamerican To Refuse a Coronavirus Vaccination?US Intel Agencies Played an Unsettling Role in Classified and ‘9/11-Like’ Coronavirus Response Plan