“For murder, though it have no tongue, will speak with most miraculous organ.”   – Hamlet

On May 1, 1962, President John Kennedy was meeting in the Oval Office with a group of Quakers who were urging him to do more for peace and disarmament.  As he kept explaining, the great political opposition he was facing within his own government, they kept urging him to do more.  He listened very closely to their words and finally said, “You believe in redemption don’t you.”  By the next spring he had turned decisively toward the peacemaking the Quakers had urged upon him, resulting in his murder in the fall by treacherous government forces, led by the CIA, that opposed him all along.

Now that Dylan has burst forth from behind his many masks and gifted the world with his incandescent new song about the assassination, with a title taken from Hamlet, from the mouth of the ghost of the dead King of Denmark –“ Murder Most Foul “– we have entered a new day in an odd way.  For those who have wondered over the years if Dylan had “sold out,” here is their answer. For those who have wondered if he would go to his grave reciting the words of T.S. Eliot’s J. Alfred Prufrock – “I am no Prince Hamlet nor was meant to be” – here is Hamlet’s booming response. Not only does this song lay bare the truth of the most foundational event in modern American history, but it does so in such a powerfully poetic way and at such an opportune time that it should redeem Dylan in the eyes of those who ever doubted him.

I say “should,” but while the song’s release has garnered massive publicity from the mainstream media, it hasn’t taken long for that media to bury the truth of his words about the assassination under a spectacle of verbiage meant to damn with faint praise.  As the media in a celebrity culture of the spectacle tend to do, the emphasis on the song’s pop cultural references is their focus, with platitudes about the assassination and “conspiracy theories,” as well as various shameful and gratuitous digs at Dylan for being weird, obsessed, or old.  As the song says, “they killed him once and they killed him twice,” so now they can kill him a third time, and then a fourth ad infinitum.  And now the messenger of the very bad news must be dispatched along with the dead president. 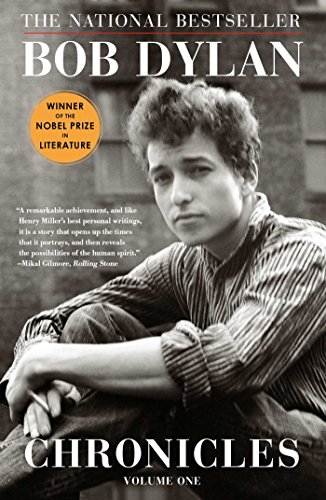 The media like their Hamlets impotent and enervated, but Dylan has come out roaring like a bull intent on avenging his dead president.

He has the poet’s touch, of course, a hyperbolic sense of the fantastic that draws you into his magical web in the pursuit of deeper truth.  In many ways he’s like the Latin American magical realist writers who move from fact to dream to the fantastic in a puff of wind.

Dylan is our Emerson.  His artistic philosophy has always been about movement in space and time through song.  Always moving, always restless, always seeking a way back home through song, even when, or perhaps because, there are no directions.  “An artist has got to be careful never to arrive at a place where he thinks he’s at somewhere,” he’s said.  “You always have to realize that you are constantly in a state of becoming and as long as you can stay in that realm, you’ll be alright.”

Sounds like Emerson, also.  “Life only avails, not the having lived.  Power ceases in the instant of repose; it resides in the moment of transition from a past to a new state, in the shooting of the gulf, in the darting to an aim.  Thus one fact the world hates, that the soul becomes.”

“A song is like a dream, and you try to make it come true.  They’re like strange countries that you have to enter.  You can write a song anywhere …. It helps to be moving.  Sometimes people who have the greatest talent for writing songs never write any because they are not moving,” he wrote in Chronicles.

“Murder Most Foul” is a moving song in every sense of the word – a trip to truth.

Dylan has long been accused of abandoning his youthful idealism and protest music.  I think this is a bum rap.  He was never a protester, though his songs became anthems of the civil rights and anti-war movements.  There is no doubt that those songs were inspirational and gave people hope to carry on the good fight.  But in turning in a more oblique and circumspect musical direction, following his need to change as the spirit of inspiration moved him, Dylan’s songs came to inspire in a new way. You could always tell his sympathies lay with the oppressed and downtrodden, but for decades he didn’t shout it, with perhaps the one exception being the powerful, hard-hitting, and mesmeric Hurricane in 1975.  With that one he stepped into the ring to brawl.

But for the most part over the years, a listener has had to catch his drift. If you go to the music, and dip into his various stylistic changes over the decades, however, you will find a consistency of themes.  He deals with essentials like all great poets.  Nothing is excluded.  His work is paradoxical.  Yes, he’s been singing about death since twelve, but it has always been countered by life and rebirth.  There is joy and sadness; faith and doubt; happiness and suffering; injustice and justice; romance and its discontents; despair and hope.  His music possesses a bit of a Taoist quality mixed with a Biblical sensibility conveyed by a hopelessly romantic American.  He has fused his themes into an incantatory delivery that casts a moving spell of hope upon the listener.  He is nothing if not a spiritual spell-binder; similar in many ways to that other quintessential American – the Beat poet Allen Ginsberg, whose best work was a poetic quest for an inspired salvific poetry.

While speaking the unspeakable truth about President John Kennedy’s murder might seem hopeless, it is actually a sign of great hope.  For our only hope is in telling the truth, which Bob has done.

This is art, not theory, and art of a special kind since Dylan is an artist at war with his art.  His songs demand that the listener’s mind and spirit be moving as the spirit of creative inspiration moved Dylan.  A close listening will force one to jump from line to line, verse to verse – to shoot the gulf – since there are no bridges to cross, no connecting links.  The sound carries you over and keeps you moving forward. If you’re not moving, you’ll miss the meaning.

I have no wish to explicate the poet’s brilliant work.  It speaks for itself.  It says far more than it actually says about a system rotten to the core, a country where everything went wrong since “The day the killers blew out the brains of the king/Thousands were watching, no one saw a thing.”

If you listen to Dylan’s piercing voice and follow the lyrics closely, you might be startled to be told, not from someone who can be dismissed as some sort of disgruntled “conspiracy nut,” but by the most famous musician in the world, that there was a government conspiracy to kill JFK, that Oswald didn’t do it, and that the killers then went for the president’s brothers.

Your brothers are comin’, there’ll be hell to pay
Brothers? What brothers? What’s this about hell?
Tell them, “We’re waiting, keep coming,” we’ll get them as well

This is an in-your-face tale, set to music with a barely tinkling piano, a violin, and a soupçon of percussion, whose lightest words, as Hamlet’s father’s ghost said to him:

Would harrow up thy soul, freeze thy young blood,
Make thy two eyes like stars start from their spheres,
Thy knotty and combinèd locks to part,
And each particular hair to stand on end
Like quills upon the fretful porcupine.

“Murder Most Foul” truly startles.  It is a redemptive song.  Dylan holds the mirror up for us. He unlocks the door to the painful and sickening truth.  He shoves the listener in, and, as he writes in Chronicles, “your head has to go into a different place.  Sometimes it takes a certain somebody to make you realize it.”

Bob is our certain somebody. In these dark times he has offered us his voice.

You believe in redemption, don’t you?