I Have Seen The Futures!

“Shut up,” Jack screamed at the crows, waving his arms wildly. “Shut up, shut up!”

Only he really didn’t utter a sound. And he didn’t dare flail about either. But gawd, he hated crows. And he hated hearing their grating “caww, caw” sound twice a week from the vacant lot next to the commissary.

One really didn’t dare cause a disturbance in line, Jack knew. He felt uncomfortable even talking to people, much less screaming at crows. You really can’t risk being labeled a “disrupter,” especially with a family and kids. Ever since the “commissary incidents” two years ago there were T.O.’s — Tranquility Officers — everywhere. Even if you couldn’t see them, you knew they were watching.

So Jack bottled it up and just closed his eyes tightly for a second. When he opened them, he shot a look of hate across the lot where the crows were perched in the bare tree above the frozen patches of ice in the empty lot.

Maybe he could come back on the weekend. Maybe it would be sunny. Jack sure hoped so. And maybe the crows wouldn’t be there reminding him of the endless gray winter. But then again, maybe they would. Besides, he thought, he’d already been waiting 45 minutes and he was almost at the corner and from there it would only be another half-hour. Jack pulled his coat a little tighter and kept quiet. 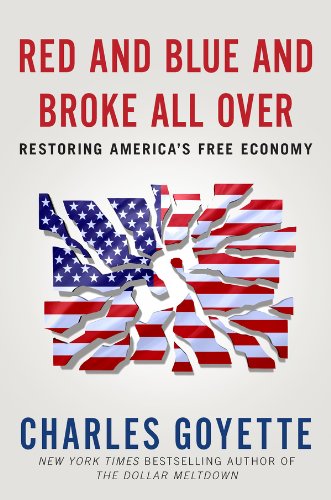 Besides the thought would occasionally occur to Jack while waiting in life’s endless succession of lines, that maybe it wasn’t really the crows he hated with all his might. Maybe they were just a convenient focal point, caught in the crossfire of desolation and deprivation. Maybe it was really the “groat,” the government rolled oat bread he hated. No, there was no maybe about that part. Cold, tough, stale and flavorless, two loaves twice a week. Jack knew he hated groat. From time to time he wondered why they couldn’t have real bread made out of flour like people used to eat in when he was a kid.

But that’s why there was a Food Czar, Jack knew, to figure that stuff out. He remembered watching the first Food Czar almost twelve years ago explain that sending wheat to rich Asian countries was only for the duration of the crisis, and that it was the patriotic thing to do during these times.

Well, Jack thought, he was as patriotic as the next guy, even if he did join in the general discontent a few years ago when it seemed like things just kept getting worse. But he wasn’t a “disrupter” or anything like that, although he had a few nervous nights wondering if he had complained too loudly to anybody. But that was before the new Food Czar. The new Czar had been a general in the ongoing war and he looked like the kind of guy who could really get stuff done. After all, it hadn’t taken him any time at all to come up with the Recovery and Economy in Agriculture Plan, REAP, that set aside an additional 20 million acres for oat production. And he’d promised that REAP would really shorten the lines. Jack sure hoped so.

Besides, there was a presidential election coming up and the all the candidates were saying that if the Food Czar didn’t produce results next year heads would roll and they’d get somebody in there that could really take charge. Jack sure hoped so. He was going to start paying more attention to the campaign.

By now Jack had reached the corner. He dug his hand into his pocket and felt for his plastic ration card.

John checked his text messages as he got close to his neighborhood. There was one from his wife. “PICK UP BREAD.” Seemed like there was always something, he thought.

In the store, John grabbed a cart just in case and headed for the bakery department. He knew she was going to be tied up this afternoon, but why couldn’t she just leave a voice message like most people, he thought with a hint of impatience. Always text messages. Wouldn’t it have been just as easy to leave a voice message? At least then she could have mentioned what kind of bread, or what it was for. Was it that awful white bread the kids like for sandwiches he wondered, or that tasty sprouted whole wheat that he liked himself? No, it couldn’t be that since nobody else in the family would eat it.

As he strolled through the bakery section John caught a whiff of the fresh sourdough coming straight out of the oven. Irresistible! Jack knew he couldn’t be trusted shopping on his way home at suppertime, that he was the perfect impulse buyer. But he grabbed a loaf anyway.

It was at that moment he spied the long skinny loaves of French bread and remembered – French bread! Of course. She was making that shrimp pasta they’d seen on the Food Channel last week. It sure had looked wonderful on TV, and she was going to try it out tonight! And they’d served it with French bread so Jack grabbed a loaf, rolled through the wine aisle, picked a couple of bottles of a favorite, and headed to the check-out.

While he waited for his turn in the express lane, John noted the lady two shoppers ahead must have had at least 20 items. Didn’t she see the sign that said 15 items or less, he wondered? He wanted to get home a try a slice of the sourdough while it was still hot enough to melt butter.

As he waited, John busied himself reading the tabloid headlines on the rack in front of him. There was that one really good-looking actress he liked, caught up in some weird love triangle. Another featured psychic predictions and a headline about a woman who gave birth to an eight-pound Chihuahua. That would be good. Another had something about a presidential race. Some people will read anything, John laughed to himself. Especially the old people. They still followed that stuff out of habit. Ever since the “Leave Us Alone” movement, those campaigns have been about as important as choosing the head librarian.

No sooner had he finished the thought than it was his turn. Took ’em long enough, John thought, feeling the sourdough loaf to assure himself it was still nice and warm. He chuckled to himself about the Chihuahua mother story as the cashier finished scanning his purchases and handed her his gold card. She swiped it and gave him the receipt. “Thank you for shopping with us,” she said with a smile.

John nodded his thanks, grabbed the groceries with one hand and the receipt with the other and headed to the door.

He glanced at the total. They deducted .4672 grams of gold from his account. Not bad, he thought to himself, wondering if it was just his imagination or if the same amount of groceries wouldn’t have cost him closer to three-quarters of a gram not too many years ago.

Smelling this fresh sourdough is going to make me famished by the time I get home, John thought, moving a little quicker.

Previous article by Charles Goyette: A Day in the Life of the Empire