On Anger and the Good Life: What We Can Learn from History’s Greatest Sages

If these times of ours, and our politics specifically, can be associated with any of the human emotions, anger would be as good a selection as any.

In fact, our politics undoubtedly encourages anger.  Politicians, as well as the movers and shakers in the media, have every interest invested in stoking the flames of anger.  The angrier people are, the better…for them.

Sages from cultures around the world and throughout time have a decidedly different view of anger.

Remarkably, despite all of their differences, the founders of the world’s wisdom traditions and their successors are of one mind with their counterparts from other places and epochs that one critical ingredient in a good life is a good temperament.

Hinduism is probably the oldest of the world’s surviving wisdom traditions.  Its sacred scriptures tell us the following about anger:

“Only fools praise anger,” while “the wise keep [it] at a distance.”

“The man consumed by anger does not easily acquire generosity, dignity, courage, skill, or the other attributes possessed by men of character.”

Such proponents of Taoism as Lao Tzu and Chuang Tzu don’t disagree.  The former remarked:

“Simplicity, patience, compassion.  These three are your greatest treasures. Simple in actions and thoughts, you return to the source of being. Patient with both friends and enemies, you accord with the way things are. Compassionate toward yourself, you reconcile all beings in the world.”

“The best fighter is never angry.”

Chuang Tzu, an expositor of sorts of Lao Tzu, taught the following:

“If a man crosses a river and an empty boat collides with his own skiff, even though he be a bad tempered man, he will not become very angry. But if he sees a man in the boat, he will shout at him to steer clear. If the shout is not heard, he will shout again, and yet again, and begin cursing.

And all because someone is in the boat.

Yet if the boat were empty, he would not be shouting, and not angry.”

“If you can empty your own boat crossing the river of the world, no one will oppose you, no one will seek to harm you.”

His point is that conflict arises from ego, an inflated sense of self-importance.  Those who get over themselves, as it were, those who cultivate within themselves the virtue of humility, of self-surrender and acceptance of what’s what, will relieve themselves of both interpersonal and intrapersonal tensions.

Chuang Tzu also offered a more succinct way of making his point and that of the whole Taoist philosophy of which he and Lao Tzu are the most prominent representatives:

“Flow with whatever may happen, and let your mind be free: Stay centered by accepting whatever you are doing. This is the ultimate.”

Confucius is another Chinese sage who addressed the emotion of anger:

“If a man be under the influence of anger, his conduct will not be correct.”

“To be wronged is nothing unless you continue to remember it.”

“When anger arises, think of the consequences.”

The Buddha too agrees that a bad temper promises to preclude human flourishing:

“To conquer oneself is a greater victory than to conquer thousands in battle.”

“It is a man’s own mind, not his enemy or foe, which lures him to evil ways.”

“Holding on to anger is like grasping a hot coal with the intent of throwing it at someone else; you are the one that gets burned.”

“An outside enemy exists only if there is anger inside.”

“Hatred does not cease by hatred, but only by love; this is the eternal rule.”

“Friendship is the only cure for hatred, the only guarantee of peace.”

From the Roman philosopher Seneca, a leading proponent of Stoicism:

“Some of the wisest of men have…called anger a short madness: for it is equally devoid of self-control, regardless of decorum, forgetful of kinship, obstinately engrossed in whatever it begins to do, deaf to reason and advice, excited by trifling causes, awkward at perceiving what is true and just, and very like a falling rock which breaks itself to pieces upon the very thing which it crushes.”

Some maintain that anger is a good thing because it enables men to engage in battle more effectively. To this line Seneca has a reply ready at hand:

“No man becomes braver though anger, except one who without anger would not have been brave at all: anger does not therefore come to assist courage, but to take its place.”

“Keep this thought handy when you feel a fit of rage coming on—it isn’t manly to be enraged.  Rather, gentleness and civility are more human, and therefore manlier. A real man doesn’t give way to anger and discontent, and such a person has strength, courage, and endurance—unlike the angry and complaining.  The nearer a man comes to a calm mind, the closer he is to strength.” 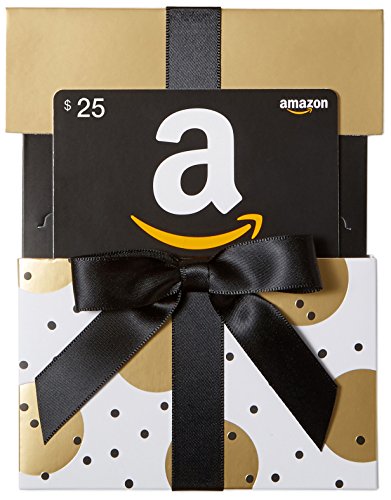 His student Aristotle had some thoughts himself on anger:

“Of ill-temper there are three kinds: irascibility, bitterness, sullenness.  It belongs to the ill-tempered man to be unable to bear either small slights or defeats but to be given to retaliation and revenge, and easily moved to anger by any chance deed or word. Ill-temper is accompanied by excitability of character, instability, bitter speech, and liability to take offense at trifles and to feel these feelings quickly and on slight occasions.”

To be sure, Aristotle, like Plato before him and many a thinker after him, thought that anger, as long as it is felt properly, is a virtue:

In this Age of Self-Expression and Entitlement, when rage seems to be the dominant emotion expressed, this generation can do much worse than to consult the sages from around the world and throughout history.

Previous article by Jack Kerwick: Virtue, Liberty, and God: The Morality and Theology of the Martial Art of ‘Warrior Flow’