Is This Why Central Banks Are Rushing To Buy Gold?

Gold has seen an impressive price spike in the past 18 months, and if you are wondering what the cause is, you’ll find almost everyone has a different theory. That said, certain factors in historic gold rallies tend to be ignored. For example, the mainstream financial media often hyper focuses on stimulus measures by the Federal Reserve as the cause, but I would remind people that the most recent upward trend in gold started while the Fed was tightening liquidity and raising interest rates, not stimulating. Also, many analysts suggest that precious metals absorb investment cash flows when equities are sliding.  Yet, for now, stocks have been rallying for the past year as gold prices also trend upward. So, what is the mainstream missing here?

First and foremost, it’s important to understand that gold is not necessarily just an inflation hedge; it is also a crisis hedge. As economic and geopolitical uncertainty grows, gold prices skyrocket. The past decade has seen uncertainty and instability that the world has not seen for almost a century. The problem is, the average American is oblivious to this state of affairs. They have no idea how bad the situation can get, as they assume there are checks and balances to counter any potential disaster in the financial structure. They assume that the government or the banks will step in. 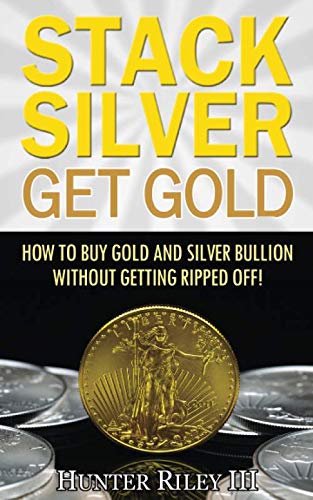 However, there are signals that tell us that this will not be the case. In fact, it appears that central banks around the world are preparing for an event that they either cannot quantify yet or simply refuse to warn the public about. This is evident in the acceleration in gold stockpiling by banking institutions.

In 2018, foreign central banks bought levels of gold not seen since 2010. The past year of 2019, according to 3rd quarter figures, shows that banks bought even more; 12% more than in 2018. Last year, central banks purchased at least 550 tons of the “barbaric relic”, and it looks like they don’t plan to stop anytime soon.

Leading buyers have included Russia, China and Turkey, with the former two being the leading buyers for several years now. But central banks aren’t just buying gold, they are also demanding their gold storage be transferred away from offshore holdings and back to their own vaults.

Germany repatriated $31 billion (583 tons) in gold from Paris and New York vaults. Turkey repatriated 220 tons from the Federal Reserve. The Netherlands repatriated 122 tons. Poland repatriated 100 tons of gold from vaults in England. Both Hungary and Romania have announced plans to get their gold holdings back, and nationalists in Italy have demanded that Italy’s gold reserves be released by banks and returned to public control.

The bottom line is, there is a gold rush going on by central banks as well as governments, and the public is being left utterly out of the loop as to why.

I would suggest that it’s clear what is going on: They know that a global crisis is about to happen, and so they prepare as any smart investor would, by buying the one commodity that always goes up when the manure hits the fan and most other assets go down. But what is the nature of the crisis they are preparing for? Most likely, a geopolitical conflagration followed by a monetary crisis with the U.S. dollar at the epicenter.

Economic disasters do not generally happen in a vacuum. There are always geopolitical threats that trigger the collapse of financial bubbles, or, the threats are engineered to coincide with the bubble collapse in order to obscure the true culprits behind it. One way or another, it would appear that central banks are privy to a looming calamity that will result in a threat to the current monetary order. I suspect that this event will be preceded by a geopolitical conflict; a smokescreen or scapegoat that will take the blame for the disaster while the central banks that created the mess in the first place escape scrutiny.

The growing rift between the U.S. and other major trading partners, along with the increased danger of regional war with nations like Iran, are setting the stage for what I predict will end in the loss of the dollar’s world reserve status. Some people might see this as a good thing, but such a reset would leave the American economy in shambles for decades to come, as our economy acclimates to losing the single thread that was holding our system together. Rebuilding the system without dependency on reserve status or centralization would be nice, but that can only happen if the central bankers are removed from the equation and true free markets and price discovery are allowed to flourish.

As long as the banking elites remain in charge, our economy will never be healthy and will never recover from a major crash or monetary crisis.

Frankly, they don’t want us to recover anyway. If central banks intended to save the current system, then they would tell the public why they have been stockpiling gold and what the specific threat is that they are preparing for. They would be encouraging the public to buy gold and silver as well and find some financial independence and security.

I am often asked why globalists and international banks would seek to deliberately hide or instigate a global economic crash. Wouldn’t this threaten their base of power, the golden goose that they use to exploit vast amounts of capital and entire political systems?

My answer is simple but historically correct: The banking elites need crisis to consolidate power. They don’t lose power or financial influence during a fiscal panic, they gain power and influence. With each passing financial demolition, the public loses more and more hard assets. These assets are gobbled up and devoured by financial institutions, not because they have much use for all that private property, but because they don’t want YOU to have private property. 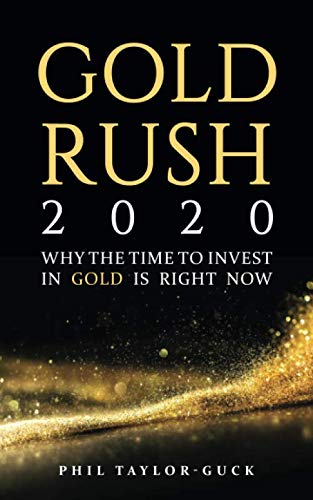 Property is protected by hedging capital into defensive commodities, as well as by organized defiance of theft. During any major crisis there is always a window of time in which precious metals can be used to secure hard necessities while countering the loss of buying power common during inflation or stagflation. The longer you can remain solvent during crisis, the more influence you will have over the course of events. The more dependent or desperate you are during a crisis, the less use you will be to anyone.

The levels of central bank gold buying have increased so rapidly in the past two years, this suggests to me that whatever they are preparing for is about to occur very soon. With consumer and corporate debt at all-time highs, the recent liquidity crisis and repo market loan response from the Fed, along with the highly volatile tensions between the U.S. and Iran, I seriously doubt we will make through 2020 without a shock to the system.

Certain central banks have been positioned to benefit. Others, like the Fed, are decidedly unprepared as there is not much concrete proof that our own gold reserves exist. Looking at the bigger picture, the shift in gold holdings around the world shows us where the global elites plan to stash their cash while the U.S. takes a nosedive. These will be the regions most immune to a monetary wildfire.

While price fluctuations are always rampant in times like this, as I noted in July of last year, the overall trend for precious metals will be up from here on. And, unless you suddenly see central banks start dumping their gold reserves instead of buying hand over fist, then I suggest readers copy their strategy and get a stack of physical gold as well.

Previous article by Brandon Smith: The Rush to a Cashless Society Only Serves Globalist Interests

More Than 1000 Earthquakes Have Hit Puerto Rico, and Authorities Say It Is Being “Squeezed” Between Two Tectonic Plates Iraqi PM Reveals Soleimani Was on Peace Mission When Assassinated, Exploding Trump’s Lie of ‘Imminent Attacks’