We Are All George Zimmerman Now

Most people know my name, George Zimmerman, largely due to negative stereotypes propagated by the media as a result of the 2012 incident in Sanford, Florida, in which Trayvon Martin died.

Unfortunately, most people don’t recall the fact that I was exonerated of any wrongdoing after a thorough investigation by the Sanford Police Department in March 2012. They had interviewed dozens of witnesses, analyzed 911 calls, and examined the physical evidence of my broken nose, the lacerations on the back of my head, as well as the bruised knuckles of my assailant. 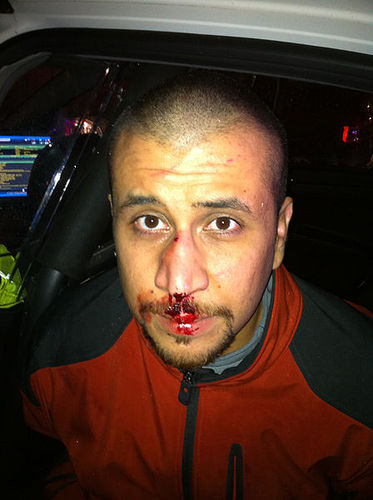 George Zimmerman in 2012, following the incident

Photo via the State of Florida

This was all backed up by eyewitness Johnathan Good who told police that he saw me screaming for help while blows were coming down on me “MMA style.”

At the conclusion of the police investigation, Sanford Chief of Police Bill Lee announced that my actions were taken in self-defense and there were no grounds for my arrest. It was not even a “stand your ground” case. What followed immediately was a campaign of race-based defamation and incitement against me, led by Martin family attorney Benjamin Crump.

I am the last person who ever expected to be accused of being a bigot. I am Hispanic. My mother is from Peru. I speak fluent Spanish. I was an Obama supporter and a social activist. Just a year earlier, I had led a community-wide effort to get justice for Sherman Ware, a homeless black man who had been attacked by the son of a white police officer. I was also active in a mentoring program where I spent my spare time (and money) with black teens whose parents were in prison.

The Martin family attorney, Benjamin Crump, quickly recruited for his incitement efforts Al Sharpton, a man who was infamous for the 1989 Tawana Brawley race hoax and other incidents of mayhem based on racial incitement over the years. Then, Obama’s Department of Justice sent representatives to Sanford to “investigate,” but they instead helped organize protests demanding my arrest. As the protests heated up and Crump’s false narrative was repeated by the media ad nauseam, even fair-minded people began to demand my arrest without cause. Then, out of the blue, Crump produced a recorded interview of a “phone witness,” whom, he said, was Trayvon Martin’s 16-year-old girlfriend, “Diamond Eugene.”

The Crisis ‘Medicare for All’ Will Cause Obama on Mount Rushmore: