Can God Speak to Us?

Flash! Just in time for the Christmas season, Newsweek reports this week that the Gospel accounts of Christ’s nativity aren’t “fully factual.”

Do tell. Talk about investigative journalism!

Not to be outdone, Time assures us this week that “constantly evolving scholarship” casts doubt on the Gospel narratives. So what else is new? Scholarly attempts to diminish Christ through the “higher criticism” go way back. Thomas Jefferson simply edited all the miracles out of the New Testament and thought he’d produced Gospels that were fully factual.

Some more recent scholars, if that’s what they are, aren’t satisfied with getting rid of Jesus’ deeds; they also want to eliminate many of his words — the ones that don’t fit in with the Latest Thinking. It seems he wasn’t the Son of God, but a progressive-minded Unitarian.

For some reason, Christ’s first disciples, the ones on the scene at the time, got it all wrong. He didn’t do all the things they thought they saw him doing, or say all the things they thought they heard him say. The truth isn’t to be found in the Scriptures, but in the inferences of modern experts, otherwise known as Constantly Evolving Scholarship.

But so certain were those disciples that countless early Christians bore witness to the truth of the Gospels by suffering the most excruciating martyrdoms imaginable. They set off a huge chain reaction of martyrdom, converting even many of their torturers, who were immensely moved and impressed by this superhuman courage.

Even before the Gospels were written, the martyrs were God’s media, so to speak, for bringing men to Christ. Long before the printing press, the radio, movies, and television, the martyrs spread the good news of the risen Christ.

Some still reject that news, and one strategy of rejection is to water it down, mixing it with enough skepticism to make the Gospels seem archaic and alien. Once we reject the miracles because belief in the miraculous now seems “outdated,” it becomes easy to reject the message as outdated too. But G.K. Chesterton had the best answer to this: “Whatever else is true, it is emphatically not true that the ideas of Jesus of Nazareth were suitable to his time, but are no longer suitable to our time. Exactly how suitable they were to his time is perhaps suggested in the end of his story.”

The resistance to his ideas, which got him crucified, has continued ever since. Jesus remains the most hated as well as the best-loved man in human history. And as he predicted, his followers have been hated and persecuted too.

Secularists use the mantra of “separation of church and state” as an excuse for keeping God’s word out of our public life. We are allowed to worship privately, but we mustn’t act collectively as if God has spoken to us. We are to act as agnostics, which means as virtual atheists.

There are two kinds of agnostics. One says modestly, “I don’t know.” The other says belligerently, “Nobody can know.” The first is understandable; nearly everyone has doubts at times. But the second is asserting a strange dogma. 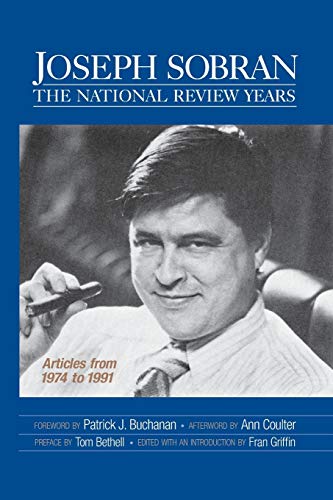 To say that nobody can know whether God exists is to say something self-contradictory. God is by definition the omnipotent creator and ruler of the universe, the source of our being. It’s nonsense to say that this omnipotent being could exist without being able to communicate with his own creatures!

He can, he did, and he does. Plain atheism makes more sense than the arrogant agnostic’s “maybe, but we can never know,” which reduces God to a divine deaf-mute. He does speak to us, and just as wonderfully, he listens to us — maybe a bit more keenly than we listen to him, judging by the state of the world.

The more modest sort of agnostic should ask not whether someone called “God” exists at all, but whether he has revealed himself to us, and whether we’ve been paying enough attention to hear him. Are our souls open to him, or are we tuning him out?

The deepest questions must be answered by each of us personally, not by scholars or even journalists. Our minds can save us from errors, but in the end only our hearts can recognize the Truth.

This article was published originally by Griffin Internet Syndicate on December 7, 2004.