Modern Medicine’s Aversion To Vitamin C Therapy Results In A Half-Million Needless Deaths From Sepsis In U.S. Hospitals Every Year

While modern medicine casts a blind eye towards vitamin therapy and even exhibits open disdain for health practitioners and patients who incorporate vitamins into daily health regimens, it now appears a half-million Americans are losing their lives to a mortal bloodstream infection called sepsis that is induced by a deficiency of vitamin C.

After three decades, and more than one-hundred failed clinical trials of synthetic drugs to quell the most common cause of death in American hospitals, modern medicine is dragging its feet over what has now been demonstrated to be obvious — intravenous vitamin C demonstrably reduces death from sepsis.  Sepsis patients are being brought back from the precipice of death, enough to make ICU nurses cry tears of joy.  But medical overseers have attempted to obscure this fact.

Here is what modern medicine did to quash the compelling though preliminary data showing vitamin C saves lives of sepsis patients.

The biggest study yet published, in the Journal of the American Medical Association no less, utilized 46 “end points” (measures) to assess whether vitamin C is effective in the treatment of sepsis.  The study involved 167 vitamin C-treated sepsis patients from seven intensive care units in the U.S.

The study concluded, based upon the un-weighted measures, that vitamin C is ineffective.  In their own words, study evaluators concluded “there was no significant difference between vitamin C and placebo-treated patients.”

Markers of organ failure, inflammation, blood clotting, number of days in the intensive care unit and hospital readmissions, were not improved. But the most important measure, mortality, plummeted (from 46.3% in the placebo group to 29.8% in the vitamin C-treated group)!  The researchers didn’t rank mortality over less consequential markers of disease.

An analytical article written at NPR.org said doctors “were interested in blood test results while patients are concerned whether they live or die.”  What reviewers won’t say is that the study was designed to fail, designed to overlook the importance of mortality over all other measured factors of sepsis.  In spite of the fact none of the many clinical measurements associated with better outcomes explain why vitamin C-treated patients are more likely to survive suggests the important of vitamin C as a life saver.  Vitamin C vanquished the mortal consequences of sepsis despite insignificant changes in other markers.

When a man has fallen overboard on a ship into icy waters, if physicians pull him out of the water and measure his blood pressure, heart rate, body temperature, level of inflammation, and level of stress hormones, they will likely be abnormal, but the simple fact is, throwing a life preserver to save the drowning man would be a life-saving intervention regardless of any of those other numbers.   The same is true for vitamin C.

Sepsis is the major cause of death in hospitals by far

Sepsis is the number one reason why patients die in hospitals today.  Sepsis accounts for ~52% of hospital deaths, above cancer (16%) and heart failure (7%).  Sepsis is a bloodstream infection, involving any bacterium or virus, which often occurs among patients who have a weakened immune system and is accompanied by other diseases such as cancer, heart or lung disease, among patients that are in the intensive care unit of the hospital because of their life-threatening condition.

Their blood pressure is low.  Their kidneys aren’t functioning normally.  Urine flow is nil.  Breathing is difficult.  Body temperature falls.  Blood doesn’t clot effectively.  The sepsis patient is often in a state of mental delirium (confusion).  In other words, patients in septic shock are helpless to even help themselves.  Multiple organ failure is common.

Modern medicine says many of these deaths may not be preventable.  A recent study mistakenly concluded only 3.7% of the 300 deaths due to sepsis were deemed to be preventable.

Dr. Paul E. Marik MD of the Eastern Virginia Medical School published the initial ground-breaking report showing vitamin C therapy drastically cuts the mortality rate for sepsis from 40% to 8.5% in a small study published in 2017.   But now modern medicine is in denial.

The stand-out statistic from Dr. Marik’s study is that none (zero) of the vitamin C-treated sepsis patients died of sepsis in the intensive care unit, they were transferred to general nursing units where some succumbed to their lung, heart or malignant diseases!  The positive published result is overwhelming. 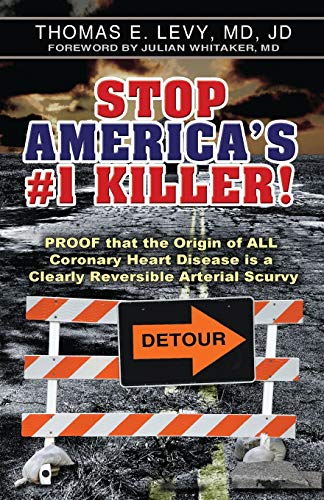 While modern medicine drags its feet, a pooled analysis of the three small studies that employed vitamin C in the treatment of sepsis concluded “the evidence is stronger than first thought” that vitamin C results in a marked reduction in mortality.

But skeptics argue and debate whether the evidence for the safety of intravenous vitamin C is clear.  As of April 10, 2019 there were 28 clinical trials planned or underway including the 2000-patient VICTAS study, which ought to settle the issue.

Yet, there is no question that sepsis patients are, as a group, severely deficient in vitamin C, a shortage that is in need of correction.   Intravenous vitamin C therapy has been safely used since the 1970s.

Experts argue over a definition of sepsis

Infectious disease specialists now grapple with how to define sepsis.  The most recent description of sepsis is “a life-threatening organ dysfunction caused by a dysregulated host response to infection.”  But there is no standard definition of sepsis.  How can physicians effectively treat sepsis when they are still attempting to define the disease?

Dr. Marik writes that clinicians “would undoubtedly be shocked to learn that about 40% of the patients in their intensive care unit with septic shock have serum levels of vitamin C supporting a diagnosis of scurvy.”  So scurvy is the true definition of sepsis, induced by increased demand rather than a shortage of intake of vitamin C.

Dr. Marik writes: “These astonishing revelations are not new.  It has been known for over two decades that acute illness results in an acute deficiency of vitamin C.”  An unwelcome development is that in acute disease, a key vitamin C transporter is reduced, which limits delivery of vitamin C when given orally.  Oral absorption of vitamin C is hindered too.  Therefore, intravenous vitamin C is required.

The need for vitamin C is dynamic.  The introduction of any toxin depletes the body of vitamin C.  Patients with bloodstream infections (sepsis) have a high metabolic demand for vitamin C.  The provision of the recommended daily intake of vitamin C (125 milligrams/day) leaves a septic patient in the ICU in a state of abject vitamin C deficiency.

Dr. Tom Levy MD, author of Curing The Incurable, says “sepsis is when you have two or three molecules of vitamin C left in your body in the presence of any infection.  In the final stage of almost any disease you die of scurvy because disease increases demand for this essential vitamin.”

How many lives could be saved with vitamin C therapy?

Let’s do some guesstimating.  Some 19 million people worldwide which includes 1.7 million Americans, are diagnosed with sepsis annually.  The mortality rate for hospital-treated sepsis cases is 34.7%.  Dr. Marik’s small study brought the overall mortality rate down to 8.5%.

Dr. Marik used a combination of intravenous vitamin C + vitamin B1 (thiamine) and cortisone (a steroid), which he says works synergistically rather than just additively to rapidly quell sepsis.   All 300 of his first tranche of vitamin C-treated patients were discharged from the ICU, cured of their sepsis!  They later died in the hospital of other causes.

But even intravenous vitamin C therapy alone has been shown to dramatically reduce mortality, from 64% to 14% among patients in septic shock.  (Vitamin C is doing most of the work.)

The 19 million worldwide sepsis figure is lacking data from lower income countries.  By extrapolation of data from high-income countries, global incidence and death from sepsis may be much higher (31.5 million and 5.3 million deaths).

Hospitalization may worsen the problem

A dagger has been thrown into the heart of modern pharmacology.  Over 100 synthetic drugs have failed to conquer sepsis.  Intravenous vitamin C has a track record of safety that goes back to the 1970s.  A survey of alternative medicine practitioners published in 2010 shows thousands of patients safely treated with intravenous vitamin C with little side effect.

Dr. Frederick R. Klenner is credited as the first doctor to employ injected vitamin C to patients with therapeutic efficacy with published studies dating back to 1948.

Modern medicine has done a good job of throwing vitamin C therapy under the rug.  Its use threatens the modern model of developing patentable synthetic drugs to conquer disease.

The demand for double-blind placebo-controlled studies is unethical when it comes to sepsis.  Patients receiving placebo would essentially be left to die.  Historically, it should be noted that penicillin, insulin, digoxin, aspirin, acetaminophen, nitroglycerin all came into common use without controlled studies.

Intravenous vitamin C reduces absolute, not relative risk, from 40 in 100 to zero in 100.  The number of sepsis patients that need to be treated to save one life is 1.  With vitamin C therapy deaths occur after discharge from the intensive care unit and are due to other causes.  Yet medical skeptics argue over the safety and effectiveness of vitamin C (??).  Potentially the lives of all 1.7 million hospitalized cases of sepsis can be saved (100% survival from sepsis), but some (~8.5%) will die of other diseases (overall survival).

The clock is ticking.  Every hour another 57 Americans die of sepsis in the hospital.  The remaining question is not whether vitamin C will be proven to save lives of sepsis patients but whether our overseers will allow this to happen.

In the meantime, particularly if you are a senior American with heart, lung or malignant disease, you want to supplement with oral vitamin C.  It is true vitamin C is rapidly excreted and therefore supplementation throughout the day is needed.  A dynamic model of the need for vitamin C based upon severity of disease has been published by Dr. Steve Hickey.   Dr. Steve Hickey has shown that repeated daily use of vitamin C by healthy adults, 500 mg vitamin C every 6-hours, produces blood concentrations that approach intravenous therapy.  More vitamin C would be needed (up to 3000 mg every 4 hours) for individuals who are ill or have infection.  A discussion of the dynamic need for vitamin C can be read online.  ####

Bill Sardi [send him mail] is a frequent writer on health and political topics. His health writings can be found at www.knowledgeofhealth.com, billsardiblog.com and resveratrolnews.com.
Help Me Celebrate the 20th Anniversary of LRC! Austrian Economics Looks East