When the Punchline’s Worse than the Joke

Probably because the agency itself is so entirely absurd, reports about the Thieves and Sexual Assailants (TSA) often sound like the set-up for a bad joke. And today’s is no exception: did you hear about the Marine who walked into an airport and asked the blue-gloved thugs to check him for explosives?

Actually, the Marine told the joke—or tried to. “[Lance Cpl. Joseph] Simkus told a TSA agent they should check his shoes for C-4, an explosive.” Not much of a quip, is it? Indeed, since Marines sometimes work with C-4, the corporal might have been warning the Prod-n-Poke Brigade about his boots. But the TSA’s brutes never waste an opportunity to prey on passengers. And so they pretended that the corporal was threatening aviation. That gave them an excuse to launch the whole of the security theater at him, as if Joe had transmogrified into Obama–sorry, Osama himself. (Why do I always confuse those two?)

The cops arrested Corporal Simkus. For telling a joke. One that fell flat, true, but a sally nonetheless. Nor did this outrage inspire a riot or delay a single flight as passengers protested such despotism. What a testimony to Amerikan contempt for the First Amendment!

Meanwhile, Joe should have claimed he was merely alerting the TSA’s morons to a potential danger, (Imagine how our ancestors, who braved bayonets and smallpox to live free, would mock our imaginary perils!) But he’s only 24 years old and likely scared. So he said too much, as do most of us under duress: he admitted to “police he likes to joke around, was in a good mood and was just happy because he was on his way to see his family.” That’s all it took in the land of the formerly free to “put [him] behind bars…”

I see you savvy travelers shaking your heads: “Well, what do you expect? Everyone knows you can’t clown around at airports now.”

And I say shame on us for tolerating the police-state so supinely all these years that we now condone its crimes. Did the corporal behave wisely? No. Should that banish him to a cage? Only in totalitarian regimes.

Sadly, at least one of Cpl. Simkus’ fellow Marines is piling on. He takes the security scam as seriously as it took his brother-in-arms despite the indictment last weekend of six “former TSA officers” in “an alleged drug trafficking operation that smuggled 20 tons of cocaine into the US through Puerto Rico over an 18-year period.”

I’m no fan of the military. But throwing a Marine under the bus for the TSA seems a new level of insanity, even for Our Rulers. “A few good men” have “for two and a quarter centuries … defined the standards of courage, esprit, and military prowess,” while the TSA has for way, way, way too long defined the standards of degradation, pedophilia and larceny downward. Not to mention that its perverts

Corporal Simkus isn’t the only Marine to run afoul of the TSA. Our Rulers may demand adulation, freebies, and special treatment for their legionnaires, but they’ve exempted the TSA from all of that just as they absolve it from common decency. Until last year, that is, when Congress “enrolled” “all “service members” in PreCheck. Precheck, for the blissfully ignorant, is the TSA’s breathtaking swindle whereby it sells back to passengers the liberty and dignity it stole from them in the first place; PreCheck usually (but not always) speeds “customers” through a much shorter line where they retain their clothing and (fingers crossed) endure a bit less abuse. PreCheck costs $85 for five years and requires a face-to-face interrogation–um, interview with the TSA’s barbarians, during which they fingerprint applicants for a background check. So automatically including “service members” is a tremendous boon—but why not extend the favor to all passengers? Better yet, why not abolish the TSA?

This year, Our Rulers added “disabled veterans” to PreCheck “at no cost” [sic for “at taxpayers’ cost”]. But how to explain a bill freeing some of the TSA’s victims from the groping and humiliation that Leviathan insists we should appreciate? No problem: the sponsors, “U.S. Senators Todd Young (R-Ind.) and Tammy Duckworth (D-Ill.),” are masters of double-speak. “‘As a Marine,’ intoned Senator Young, ‘I swore always to remain faithful to those serving by my side. That includes ensuring our veterans receive the care and respect they are due after they return home … The passage of this bill has the potential to help the 70,000 amputee, 100,000 paralyzed, and 130,000 blind veterans currently subjected to a rigorous and demeaning screening process when traveling.’” 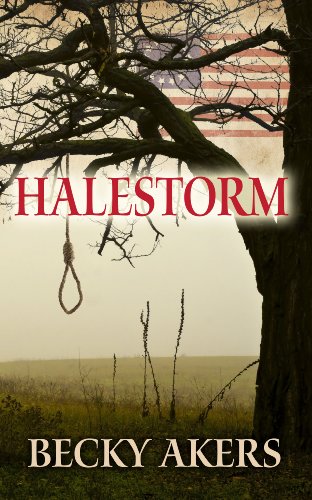 Yo, Young: how about everyone else “subjected to a rigorous and demeaning screening process when traveling”? Aren’t we due “care and respect,” too? Ah, but as “Senator Duckworth” clarified, the “service-connected disabilities” that “[m]illions of Veterans … returned home with” render “air travel and passing through airport security … a challenge…”

“A challenge.” Hmmmm. So when the gate-raper “meets resistance,” it’s a “challenge” only for those with a “service-connected disability.”

Ergo, when “three employees of TSA… detained and forced” “Jessica Lundquist (‘LUNDQUIST’) … a ticketed passenger attempting to travel through Hollywood Burbank Airport (‘BUR’) on September 29th, 2019” “to submit to an invasive ‘groin search’ whereby they used their fingers to touch LUNDQUIST’s genitals and buttocks without consent and despite her objection and pleas to leave,” it didn’t count. Since Ms. Lundquist boasts no “service-connected disability,” her travail doesn’t matter.

Here’s hoping the Marine Corps rescues its lance corporal and then stomps the TSA’s butt before kicking its loathsome carcass from here to Iwo Jima. No high-spirited recruit should suffer as Joe has to protect the delusion that this cruel agency somehow safeguards aviation.

But neither should Ms. Lundquist. Or anyone.

Previous article by Becky Akers: Mr. Bill and the Marxists