Nigel Farage has thrown down the gauntlet to Boris Johnson over the election strategy. Johnson has refused.

Of course he did. Farage made an offer Johnson couldn’t accept, ditch the Withdrawal Treaty he just negotiated with the EU and truly campaign on a far harder Brexit than Johnson has ever advocated for.

If he doesn’t do that face Farage’s Brexit Party standing candidates in more than 500 seats and potentially split the Leave vote.

Mike Shedlock thinks Farage’s deal is “Preposterous.” Mike is wrong. It is the only offer Farage could offer the Tories and stay in any way relevant in a time of electoral chaos and party fluidity.

It is the kind of ‘big ask’ that his friend Donald Trump would make. It may be an opening bid in a complex negotiation that ends with them making a pact towards the end of the campaign.

Frankly that only happens if the polls shift considerably from where they are.

And that means sticking to his core message, a real Brexit where the U.K. regains sovereignty over itself in a timely manner. 2022 is not timely for the U.K.

It is, however, timely for the EU, given the realities of its continent-wide political uprisings against its rule.

Farage is smartly not just saying that Brexit is his party’s raison d’etre, he’s using Brexit as the means to change the post-Brexit political environment, something the Tories are absolutely dead set against.

Farage has positioned the Brexit Party on a “Change Politics for Good” platform that proposes sweeping changes to the system from proportional representation to a written constitution and reforming the House of Lords.

This is, as Monty Python would say, something completely different.

The statement itself cuts to what’s fundamentally wrong. It’s aspirational and tells the voters they still have the real power after three years of parliamentary shenanigans designed to marginalize them while being insufferably condescending.

We’ll find out in the next couple of weeks as to whether Farage et.al. can make the case to British voters that these changes go hand in hand with Brexit. Are these people not only tired of the endless Brexit wrangling but now truly awake to the depth of the betrayal of their political representatives?

If they are then Boris Johnson will have a real problem come December 12th.

Because that is a platform, beyond Brexit, that cuts across all party lines.

The Tories are rallying around their common message now that they have an election. There are serious misgivings within in the party on Johnson’s deal and the strategy. But fear of losing Brexit has motivated the strongest Brexiteers to cave to what Mike rightly points out has been the political reality.

But that was before the election was secured.

Hard core Leavers like Marc Francois and Steven Baker, prominent members of the ERG — European Research Group — are on board with the deal and have called out Farage as lying about it.

But, arguing that these guys being on board with Boris’ treaty means it’s a good deal is simply appeal to authority while missing the much larger point.

The Tories are the main mechanism by which the British Deep State and political elite maintain control over not only British policy, but also that of the U.S. and much of Europe. Don’t for a second think that these ERG guys are any less compromised in the end than the outright Remainers like Ken Clarke, Dominik Grieve or Philip Hammond.

They will always put party before country in the end. Most of them proved it during Theresa May’s multiple rounds of blackmail last spring by eventually voting for that deal because, ultimately, they are spineless.

Fear of losing Brexit is what motivates them. Fear of Farage upsetting the apple cart in Westminster is also very real.

Farage may be overstating the threats within the political declaration to the U.K.’s bargaining position during Free Trade Agreement talks, but he also knows the EU side of the ledger far better than any of the newly-promoted back-benchers in the ERG.

So, if I’m going to resort to appealing to an authority on the subject I’m going with the guy who put the world in this situation in the first place, Nigel Farage.

That said, however, Farage’s strategy is a risky one. There’s no doubt about that. With the most recently published polls putting Johnson at his peak of popularity and the Brexit Party languishing around 10% Farage has a lot of ground to gain in six weeks.

There are real worries that Farage’s support in the Labour heartland of the Midlands and the Northeast isn’t as strong as he thinks it is. But, given how fundamentally split the Remain vote is between the Liberal Democrats and Labour, I don’t see how Farage hurts Johnson unless Farage’s numbers rise. 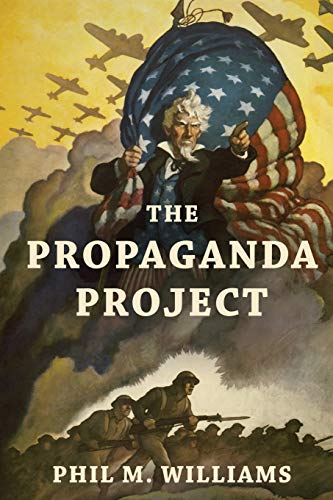 And Johnson will absolutely try to duck any head-to-head meetings between them just like Theresa May did.

But you don’t change things by being timid. Farage doesn’t win loyalty by going up to Boris Johnson, bowl in hand, and asking for another ladle of gruel. You act like the big dog and you challenge the alpha who, to this point, doesn’t even know what he signed the U.K. up for.

I maintain that Johnson is a fake Leaver and none of his behavior has contravened that, including duping the ERG into backing a now unnecessary Withdrawal Treaty which served its purpose to get a general election to get rid of a rotten Parliament.

Johnson and the ERG know this, and yet, they will persist in putting party first, betraying Northern Ireland, keeping the U.K. as close to the failing EU as possible and all the while calling it Brexit.

Given those circumstances would you expect Nigel Farage to offer Boris Johnson anything more?

Trotsky: The Ignorance and the EvilThe Mafia Is Disappointed…in Millennials!