Communications Are DOWN in Parts of California: Radio, TV, Internet, Cell Towers Fall Victim to PG&E Blackouts As Wildfires Rage

California is burning, and the planned power outages initiated by Pacific Gas and Electric Company (PG&E) have understandably enraged a lot of residents, particularly due to an unexpected consequence: the blackouts have cut power to many cellphone towers.

Not having cell phone service is contributing to a dangerous lack of access to vital information. Many impacted residents are also without television and the internet, and 26 radio stations were out of service as well, further limiting emergency communication.

Without cell service, signing up for emergency wildfire evacuation notices or using backup chargers to keep phones going during a power outage is useless.

According to the San Francisco Chronicle,

On Tuesday, nearly 224,000 customers across the state were without communication services — television, internet, and phone — according to data that companies reported to the Federal Communications Commission. That number dropped from more than 450,000 Monday.

This afternoon, The Wall Street Journal reported that according to Federal Communications Commission data, cable and wireline phone companies said 173,058 subscribers were without service as of Wednesday morning.

When cell service is down, so is the ability to call 911.

“The biggest concern is that when it comes to 911 calls, 81 percent of 911 calls are made from your wireless phone so having cell sites down it’s an incredible public safety concern that consumers cannot access emergency services,” Ana Maria Johnson with the California Public Utilities Commission (CPUC) told KTVU Fox 2. She added that cell towers don’t have back-up power systems because cell companies are not required to do so. The Public Advocates Office, an independent organization within the CPUC, has petitioned cellular companies to have generators and back-up batteries on-site.

The reasons that cell service may be lost during blackouts are complex and are explained in detail in the article California Wildfires: Cell Companies Can’t Promise Indefinite Service. To gain a more in-depth understanding of the issue, I recommend reading that article, but here is an excerpt:

Most cell stations in California have backup options, like batteries and generators. However, some major cell phone carriers told the Federal Communications Commission in filings this week that if physical access to cell towers is cut off, they can’t guarantee service.

Backup power options “are not effective for mitigating the disruption to wireless communications when our facilities are damaged by fire,” AT&T told the FCC.

Verizon said some of its sites in California don’t have backup generators due to zoning and other restrictions, so the company will use portable generators that can be refueled. But whether to refuel a generator during a wildfire depends on access to the area, the safety of workers and the potential impact of wildfire, the company said.

“If (sites) lose commercial power, batteries kick in. If commercial power is lost for longer than the life span of the battery, the generator will kick in. We have a refueling plan for the generators if there’s a prolonged outage,” Verizon spokeswoman Heidi Flato said. “If there’s an active wildfire, we don’t always have access to the site, and that may impinge on our refueling plans.” (source)

“You don’t appreciate how essential cellphone service is until you lose it,” Chris Ungson, deputy director for communications and water policy for the California Public Advocates Office, an independent agency within the state’s Public Utilities Commission, told The New York Times. “It’s not just a matter of inconvenience; it’s a matter of public health and safety. It’s a lifeline to many, many people.”

Emergency calls to 911 are one indicator: The Governor’s Office of Emergency Services said more than 80 percent of such calls in California last year were made by cellphone.

For years, state and federal regulators have pressed the cellular companies to better reinforce their networks for emergencies. The Federal Communications Commission said Monday that it was conducting “a comprehensive review of the wireless industry’s voluntary commitment to promote resilient wireless communications during disasters.”

The F.C.C. wrote to cellular carriers last month to express concern about service reliability as California’s wildfire season neared, asking for an account of steps being taken “to promote the continuity of communications for public safety officials and residents.” (source)

If you can’t call 911, you won’t be able to request help for medical emergencies.

And even if you ARE able to call 911, there is no guarantee medical facilities will be able to help you during a blackout.

Healthcare leaders told The Sacramento Bee that they are “confronting a level of disruption to delivering care and running their businesses that they have never seen in their careers” as a result of the California wildfires and PG&E’s planned blackouts. Here are a few excerpts from The Sacramento Bee’s report:

“I actually have never experienced a power outage where we were on emergency generator backup for 40 hours or more,” said Dr. Brian Evans, the chief executive officer at Sierra Nevada Memorial Hospital in Grass Valley. “We’ve had short-term disruptions, but typically it wasn’t one of these planned outages that lasted for quite some time. I would say, for me personally, it’s been a career first.”

Across California, wildfires and outages have forced healthcare providers to close hospitals and medical clinics, or greatly limit services. Both Kaiser Permanente and Sutter Health evacuated their hospitals in Santa Rosa last weekend, the second time in three years the medical centers had to be abandoned as flames and fumes approached.

Healthcare leaders said power outages create challenges for patients. They have to reschedule appointments, drive farther to get the service they need and, in the case of medically frail individuals, take extraordinary steps to ensure they have what they need to survive.

“It’s really tough on patients, on the finances, on everything,” Evans said. “You don’t know all the various impacts. One thing that was interesting and very surprising was how it affected people in our community who are on oxygen. … We ended up admitting 11 people to the hospital during the first outage because they didn’t have power to run equipment they needed.” (source) 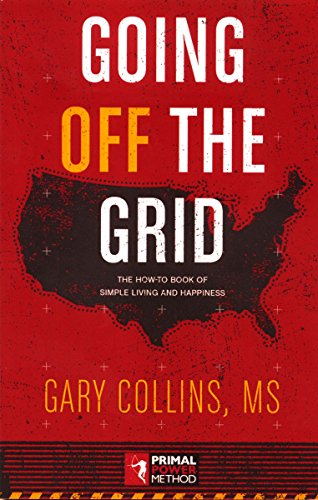 PG&E said its latest blackout would affect about 1.5 million people in 29 counties. At the same time, about 1 million people were still without power Tuesday after a shut-off over the weekend that affected nearly 2.7 million. Today, PG&E announced it would begin restoring power to certain areas – some today, some tomorrow – but many areas still have no estimated time of restoration listed.

The blackout Tuesday was PG&E’s third in a week and the fourth in a month. It included the Sierra Nevada foothills and parts of Marin County, population 260,000, north of San Francisco. Many people in Marin have been without power since Saturday.

Meanwhile, more wildfires have erupted in Southern California, and about 26,000 people are being ordered to evacuate (most of which are mandatory), reports the Associated Press.

At an emergency meeting earlier this month, PG&E Chief Executive William D. Johnson said that California residents can expect to face widespread, precautionary blackouts for the next 10 years. He said the bankrupt utility giant will need that much time to be able to prevent its power transmission lines from sparking fires. While the need for widespread shutdowns should lessen every year, Johnson told commissioners, “I think this is probably a 10-year timeline to get to a point where it’s really ratcheted down significantly,” the Los Angeles Times reported.