The network of lawyers in conflicting roles in Browder, Assange and US government cases raises questions about Julian Assange’s defense.

By Lucy Komisar
Off Guardian

A US government lawyer in the Assange extradition case just wrote a London Times oped promoting the Browder Magnitsky hoax. Ben Brandon is one of five lawyers in a London network whose spokes link to convicted tax fraudster William Browder, the U.S. government, and to both sides of the extradition case against whistleblower publisher Julian Assange.

Here is how the British legal system works. Lawyers are either solicitors who work with clients or barristers who go to court in cases assigned by the solicitors. To share costs, barristers operate in chambers, which provide office space, including conference rooms and dining halls, clerks who receive and assign cases from solicitors, and other support staff. London has 210 chambers. There are not “partners” sharing profits, but members operate fraternally with each other.

Browder is key in the U.S. demonization of Russia. Assange has exposed U.S. war crimes. For lawyers associated in the British legal system to take both sides on that conflict would appear to be an egregious conflict of interest. But it fits with the U.S.-UK support of the Browder-Magnitsky hoax and their cooperation in the attack on Assange. 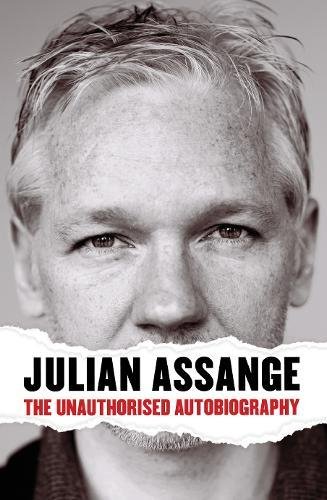 The law firm and chambers involved in the Browder-Assange stories are Mishcon de Reya, Matrix Chambers and Doughty Street Chambers.

Ben Brandon of Mishcon de Reya and Alex Bailin of Matrix Chambers co-authored an opinion article in The Times of London October 24, 2019 in which they repeated William Browder’s fabrications about the death of his accountant Sergei Magnitsky.

The article aimed to promote the Magnitsky Act which builds a political wall against Russia. It is based on the fake claim that Magnitsky, the accountant who handled Browder’s tax evasion in Russia, was really a lawyer who exposed a government scam.

Except that is not true, there is no evidence for it, and the lies are documented here. But the Act has prevented the Russians from collecting about $100 million Browder owes in back taxes and illicit stock buys.

Brandon’s and Bailin’s connections are notable. Law firms, at least in the U.S., tend to stake out their commitments. Lawyers who represent unions do not represent companies fighting unions. It appears to be different in Britain, where legal chambers have members on either side of some cases.

Bailin is a member of Matrix Chambers, which was founded by the wife of Tony Blair, the former neocon Labor British Prime Minister.

He is solidly in the Browder camp. He represented Leonid Nevzlin, a major partner of Browder collaborator Mikhail Khodorkovsky, who according to filings with FARA (the Foreign Agents Registration Act), paid $385,000 for Congress to adopt the Magnitsky Act which has been used by the U.S. as a weapon against the Russian government.

Nevzlin’s suit was for $50 billion against Russia for money allegedly lost by the nationalization of Yukos Oil. Yukos was obtained by Khodorkovsky in the mid-90s in one of then Russian President Boris Yeltsin’s rigged auctions. Khodorkovsky’s bank Menatep ran the auction.

He paid $309 million for a controlling 78 percent of the state company. Months later, Yukos traded on the Russian stock exchange at a market capitalization of $6 billion. Not surprising, after Yeltsin departed, the state wanted the stolen assets back.

To add insult to injury, Khodorkovsky laundered profits from Yukos through transfer-pricing and other scams.

Transfer pricing is when you sell products to a shell company at a fake low price, and the shell sells them on the world market at the real price, giving you the rake-off. It cheats tax authorities and minority shareholders. See how Khodorkovsky and Browder did this with Russian company Avisma, which Khodorkovsky also got through a rigged auction.