War is the greatest plague that can afflict humanity, it destroys religion, it destroys states, it destroys families. Any scourge is preferable to it. ~ Martin Luther

How could any decent human being not oppose war? War is the scourge of mankind, it is the destroyer of entire civilizations, and if taken to the ultimate test, will be the destroyer of all living things on earth. The logic of this statement is not accepted by those who foment and prosecute war, and it is not understood by the masses of common people that support the aggressor state due to false patriotism and statolatry. The worship of the state in this country has reached levels that are beyond the bounds of sanity, and this could lead to a perilous end.

I have struggled all my life to understand the human desire to support war and country. I have always wondered how anyone could support the maiming, torture, displacement, and total destruction of war, where millions of innocent men, women, and children are slaughtered, and their homelands laid to waste. Why do I abhor war when so many others do not? Why does it sicken me, but drive the masses to a religious fervor of national pride? How can the lives of so many be disregarded, and mass killing be ignored or seen as glorious? This is a human flaw that is not only unconscionable, but impossible for me to understand.

This United States has been the most deadly warmongering nation in the history of mankind, and even in its short existence of 243 years, America has been at war over 93% of the time.  That is 226 years of war out of 243. This statistic is staggering, especially considering that virtually all U.S. wars, domestic and foreign, have been wars of aggression, and never for actual defense. This alone is reason for condemnation of the state, and reason for the American populace to finally awaken to the truth that this country is the world’s greatest terrorist threat to mankind.

The U.S. has 800 military bases in over 70 countries outside U.S. borders. An empire of this magnitude dwarfs all other countries. America’s so-called greatest enemies, Russia, China, Iran, and North Korea, have bases in just 12 countries combined. Other than former Soviet provinces, Russia has bases in just 3 other countries, China in 5, Iran in 4, and North Korea has none. Most all of these country’s foreign bases are located in neighboring regions. The U.S has encircled Iran with 45 bases, and along with NATO is also positioned around Russia’s border. And of course, the U.S. has a major military presence on North Korea’s border as well, and has since it invaded North Korea 69 years ago. Obviously, the only country today that is a deadly world threat is the United States, and other than a few allies, almost no country is safe from possible or probable U.S. aggression.

The reality of the costs of war are not limited to life and limb, but also adversely affect every aspect of economics, commerce, basic moral and psychological foundations, and liberty. War allows for the powerful to gain more control, and for the government to expand its reach. War supporters and media perpetuate lies, propaganda, and nationalism that are used as excuses by the general population to falsely demonize all other cultures that are in the crosshairs of the U.S. hegemonic state.

The costs of war are deep-seated and long-lasting, and the scars of conflict remain permanently embedded in the minds and souls of the innocent victims. Even as the pain subsides, the anger continues to fester long after the aggression has quieted. The result is a continued risk of blowback that can escalate into even more war. This vicious cycle leads to never-ending war, and that is what is sought by the warmongers and war profiteers, and those ruling elites seeking to eliminate individual sovereignty in order to gain global societal control. 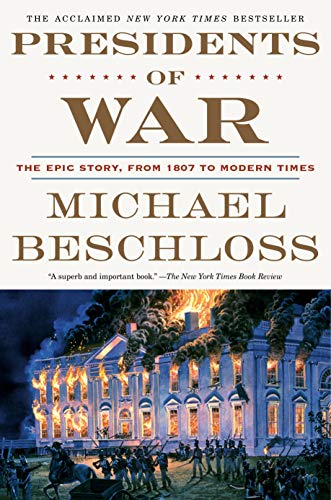 War is madness, but it is madness that is purposely planned and designed. It is not random, it is not legitimate; it is simply an elaborate plot meant to achieve a desired end for those holding the strings. Those are the very rich ruling elites, the banking magnates and powerful corporate heads that control the money and the politicians. They have self-motivated objectives that are never in the interest of the people at large. Due to their powerful influence of the Federal Reserve Banks, they hold a monopoly on all money production, and therefore have control of the entire monetary policy of the U.S. They also control the political class, those pawns elected under the guise of democracy who falsely claim to represent the common man. In reality, they are no more than puppets in this game of power.

What this means is that the very few control the many. Since only a limited number of elites are in control, large numbers of people have a great advantage. Using this advantage to oust the current power structure has not been evident in the past, but it must be in the future if peace and sanity are to win the day. Political remedies are worthless at this juncture in my opinion, but all out anarchy is not the only answer to throwing off the chains of this powerful elite. But banding together in solidarity to stop the rampant tyranny in place today is necessary. A mass resistance will favor the people, and cause a change of course. Demanding the abolishment of the Federal Reserve will cut off the head of the snake, and shut down the war machine. This will force the political class to take notice, and will strike fear in the hearts of all who resist a peaceful path.

“Peace is the only battle worth waging.” ~ Albert Camus

Previous article by Gary D. Barnett: The Real News Is What Is Not in the News

How We Betrayed Russia The Wonderful Wizard of Money