There Are Things Worth Fighting For, And Fates Far Worse Than Death

Activism in the liberty movement often requires a painful examination of details. We look at political and economic trends, identify inconsistencies in the mainstream narrative, point out inevitable outcomes of disaster or attempts at collectivist power, and ask – “Who benefits?” Ultimately, the analysts and activists with any sense of observation come to the same conclusion: There is a contingent of financial elites embedded within the political world and the corporate world that have a specific ideology and malicious goals. They create most geopolitical and economic crisis events using puppets in government as well as influence in central banking. They then turn the consequences of these events to their advantage.

This group is identified by their intent as well as their associations. Their intent is utter dominance through globalism to the point that national borders are erased and all trade and governance flows through a single one-world edifice that they seek to control. As Richard N. Gardner, former deputy assistant Secretary of State for International Organizations under Kennedy and Johnson, and a member of the Trilateral Commission, wrote in the April, 1974 issue of the Council on Foreign Relation’s (CFR) journal Foreign Affairs (pg. 558) in an article titled ‘The Hard Road To World Order’:

“In short, the ‘house of world order’ will have to be built from the bottom up rather than from the top down. It will look like a great ‘booming, buzzing confusion,’ to use William James’ famous description of reality, but an end run around national sovereignty, eroding it piece by piece, will accomplish much more than the old-fashioned frontal assault.”

They want to reinvent civilization and mold it into a homogenized and highly micromanaged global hive. Within this collective, they see themselves as not only the future masters of social evolution, but also as demigods that are worshiped by the masses. And, they are willing to do almost ANYTHING to achieve this endgame.

In an article I wrote last year titled ‘Global Elitists Are Not Human’, I outlined the connection between globalist ideology, globalist actions and the psychology of narcissistic sociopaths (narcopaths or pyschopaths). I theorized that the globalists are in fact a stark example of tightly organized psychopathy. In other words, like a criminal cartel or cult, they are a group of psychopaths that have unified their efforts to become more efficient predators. And like many psychopaths, they have conjured elaborate philosophical explanations for their abhorrent activities to the point that they seem to have developed their own disturbing brand of religion.

There comes a moment in the life of many liberty movement activists or analysts when they are confronted with this reality: The reality that we are not fighting a faceless “system” that was built passively by mistake, or built in the name of mere random greed. No, the system is only an extension of a greater agenda and the weapon of a conspiratorial army. What we are really fighting are very evil people with psychopathic desires to dominate and destroy. Attempt to change the system without removing the cabal behind it, and you will fail every time.

This is where we hit a wall of indecision and find ourselves at an impasse on solutions within the movement. There are even some people who argue that “nothing can be done”.

This is, of course, a lie. Something can indeed be done. We can fight and remove the elites from the equation entirely. In fact, we have no choice but to fight if we hope to retain any semblance of our sovereignty or foundational principles. But sadly, there are people in the movement with some influence who do not seem to understand the difference between fighting to survive, and fighting to succeed.

Let me break it down a little further…

The liberty movement is obsessed with the concept of “survival”. We see the globalist efforts leading to the ruin of the common man’s future and we know that the threat is very real. So, we prepare; we prepare to survive, but not necessarily to prevail.

Survival in itself is meaningless. There are many ways to stay alive. A person could just as easily sell out to the globalists and help them, and that person would probably have better “odds” of survival than I will farming my homestead as a producer and living off my preps in defiance of them. If survival alone is your goal, then you are NOT a liberty activist and you have missed the bigger picture.

I’m certainly not dismissing the usefulness of survival culture. I’m a big proponent of it. But there are self proclaimed survival “gurus” out there that are misleading the movement into thinking that survival is the final goal. And to this end, they have criticized people for organizing or preparing to fight the establishment. They claim it can’t be done. We’ll be “wiped off the face of the Earth”. The enemy is far too strong and what can a mere rifle do against a tank? But if survivalism requires running away and hiding like a coward from a known evil or refusing to take action for the sake of future generations, then I don’t want to be a survivalist…

Freedom cannot be boiled down to a dream or a wish; something that might happen someday if we are able to stay alive long enough. Freedom is a responsibility that is already born into most human beings. It’s not a cheesy or childish ideal, it’s a timeless ideal. Freedom and the fight for peace and balance in the face of would-be emperors is an infinite battle. It never ends. The fight IS freedom. Without the fight, freedom disappears.

For each person that defies collectivists and totalitarians, even at the risk of their own life, the shadow is held back another day. This is what matters, and this is what the survival purists don’t get. You have to make yourself WORTHY of surviving, by standing for principles and values that are bigger than you are. Otherwise you’re not worth a damn to anyone, even yourself.

As for the notion of the impossible mountain; the lone rebel taking on a vast globalist army…this is not a delusional fantasy and these people are not alone. There are millions of us out there, getting ready and forming pockets of resistance. In the meantime we fight the information war, because the globalist’s most powerful weapon is not a tank or even a nuclear bomb, it’s propaganda. The ability to turn a population in on itself and cause it to self destruct is far more dangerous than any technological advancement or military marvel.

As a long time mixed martial artist, I have seen the biggest and most intimidating opponents toppled by clever strategy and willpower. There is no such thing as an unbeatable man, nor an unbeatable army. There is always a way to prevail.

Finally, when I consider the claim made by some people that beating the elites in a direct confrontation is a “pipe dream”, I have to ask a fundamental question: Why do these people assume we have a choice? I’ve witnessed some pretty desperate attempts at silver bullet solutions to globalism in my years in the movement, from presidential election campaigns to change a system that cannot be changed from within, to “revolutionary” cryptocurrencies that the banking elites happily invest in and co-opt. 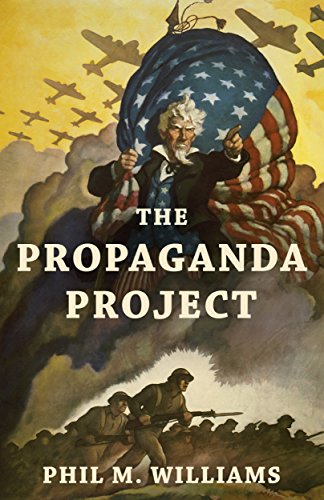 People misplace their faith in corrupt politicians and the rigged political process, even though they should know better by now. In the final analysis, politics is designed to keep society in stasis, frozen with inaction or fighting in the name of a false leader. Always, when the dust settles the elites escape blame and scrutiny while the public picks up the pieces and tries to understand just what happened. The current chaos surrounding Donald Trump is no different; it is only different in that Trump is a puppet whose job is to appeal directly to liberty activists. For once we’re getting recognition, but it’s not the good kind…

And while building alternatives to the mainstream system and removing yourself from the grid is a step in the right direction, this alone is only a stop-gap. One day, the establishment will come to take what you have. There is no way around this. Narcopaths are like ravenous parasites feeding on every last morsel of humanity. They take whatever can be taken.

The question is, when they come to digest that which you hold precious, how will you respond? Is fighting back impossible, or is it preferable to slavery? Is dying for a better tomorrow a fool’s errand, or the only errand we are put on this Earth for? These are questions that need to be answered and answered soon. The time left to ponder them is running out.