Thanks to a Soviet Navy Captain — We Survived 1962

Oct. 27, 1962, is the date on which we humans were spared extinction thanks to Soviet Navy submarine Captain Vasili Alexandrovich Arkhipov.

Arkhipov insisted on following the book on using nuclear weapons. He overruled his colleagues on Soviet submarine B-59, who were readying a 10-kiloton nuclear torpedo to fire at the USS Randolph task force near Cuba without the required authorization from Moscow.

Communications links with naval headquarters were down, and Arkhipov’s colleagues were convinced WWIII had already begun. After hours of battering by depth charges from U.S. warships, the captain of B-59, Valentin Grigorievich Savitsky, screamed, “We’re going to blast them now! We will die, but we will sink them all — we will not disgrace our Navy!”  But Captain Arkipov’s permission was also required.  He countermanded Savitsky and B-59 came to the surface. 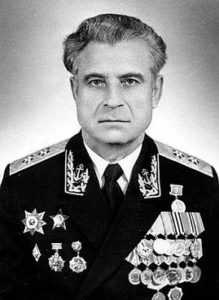 Much of this account of what happened on submarine B-59 is drawn from Daniel Ellsberg’s masterful book, “The Doomsday Machine” — one of the most gripping and important books I have ever read.  Dan explains, inter alia, on pages 216-217 the curious circumstance whereby the approval of Arkhipov, chief of staff of the submarine brigade at the time, was also required.

Ellsberg adds that had Arkhipov been stationed on one of the other submarines (for example, B-4, which was never located by the Americans), there is every reason to believe that the carrier USS Randolph and several, perhaps all, of its accompanying destroyers would have been destroyed by a nuclear explosion.

“The source of this explosion would have been mysterious to other commanders in the Navy and officials on the ExComm, since no submarines known to be in the region were believed to carry nuclear warheads. The clear implication on the cause of the nuclear destruction of this antisubmarine hunter-killer group would have been a medium-range missile from Cuba whose launch had not been detected. That is the event that President Kennedy had announced on October 22 would lead to a full-scale nuclear attack on the Soviet Union.”

‘The Most Dangerous Moment in Human History’

Historian Arthur Schlesinger Jr., a close adviser to President John F. Kennedy, later described Oct. 27, 1962, as Black Saturday, calling it “the most dangerous moment in human history.”  On that same day, the Joint Chiefs of Staff recommended an all-out invasion of Cuba to destroy the newly emplaced Soviet missile bases there.  Kennedy, who insisted that former U.S. Ambassador to Russia Llewelyn Thompson attend the meetings of the crisis planning group, rejected the advice of the military and, with the help of his brother Robert, Ambassador Thompson, and other sane minds, was able to work out a compromise with Soviet leader Nikita Khrushchev.

As for the Joint Chiefs of Staff, the president had already concluded that the top military were unhinged Russophobes, and that they deserved the kind of sobriquet used by Under Secretary of State George Ball applied to them — a “sewer of deceit.”  As Ellsberg writes (in his Prologue, p. 3): “The total death toll as calculated by the Joint Chiefs, from a U.S. first strike aimed at the Soviet Union, its Warsaw Pact satellites, and China, would be roughly six hundred million dead. A hundred Holocausts.”  And yet the fools pressed on, as in trying to cross “The Big Muddy.” 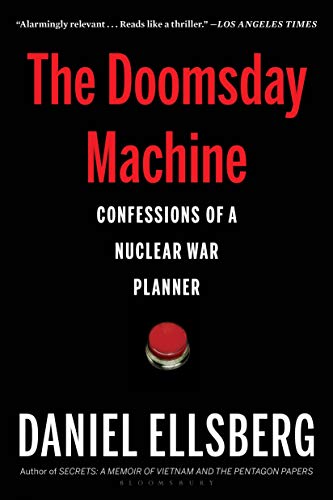 Intelligence Not So Good

The pre-Cuban-missile crisis performance of the intelligence community, including Pentagon intelligence, turned out to hugely inept. The U.S. military, for example, was blissfully unaware that the Soviet submarines loitering in the Caribbean were equipped with nuclear-armed torpedoes. Nor did U.S. intelligence know that the Russians had already mounted nuclear warheads on some of the missiles installed in Cuba and aimed at the U.S. (The U.S. assumption on Oct. 27 was that the warheads had not been mounted.)

It was not until 40 years later, at a Cuban crisis “anniversary” conference in Havana, that former U.S. officials like Defense Secretary Robert McNamara and National Security Advisor McGeorge Bundy learned that some of their key assumptions were dead and dangerously wrong. (Ellsberg p. 215ff)

Today the Establishment media has inculcated into American brains that it is a calumny to criticize the “intelligence community.” This is despite the relatively recent example of the concocting of outright fraudulent “intelligence” to “justify” the attack on Iraq in 2003, followed even more recently, sans evidence, falsely accusing Putin himself of ordering Russian intelligence to “hack” the computers of the Democratic National Committee.  True, the U.S. intelligence performance on Russia and Cuba in 1962 came close to getting us all killed in 1962, but back then in my view it was more a case of ineptitude and arrogance than outright dishonesty.

As for Cuba, one of the most consequential CIA failures was the formal Special National Intelligence Estimate (SNIE) of Sept. 19, 1962, which advised President Kennedy that Russia would not risk trying to put nuclear-armed missiles in Cuba.  To a large extent this judgment was a consequence of one of the cardinal sins of intelligence analysis — “mirror imaging.” That is, we had warned the Russians strongly against putting missiles in Cuba; they knew the U.S., in those years would not take that kind of risk; ergo, they would take us at our word and avoid blowing up the world over Cuba. Or so the esteemed NIE estimators thought.

The Russians, too, were mirror imaging. Khrushchev and his advisers regarded U.S. nuclear war planners as rational actors acutely aware of the risks of escalation, who would shy away from ending life immediately for hundreds of millions of human beings. Their intelligence was not very good on the degree of Russophobia infecting Air Force General Curtis LeMay and others on the Joint Chiefs of Staff, who were prepared to countenance hundreds of millions of deaths in order “to end the Soviet threat.” (Ellsberg was there; he provides a first-hand account of the craziness in “The Doomsday Machine.”)

Where Did the Grenade Launchers Go?

I reported for active duty at Infantry Officers School at Fort Benning, Georgia, on Nov. 3, 1962, six days after the incident.  Most of us new lieutenants had heard about a new weapon, the grenade launcher, and were eager to try it out.  There were none to be found.  Lots of other weapons normally used for training were also missing.

After we made numerous inquiries, the brass admitted that virtually all the grenade launchers and much of the other missing arms and vehicles had been swept up and carried south by a division coming through Georgia a week or so before. All of it was still down in the Key West area, we were told.  Tangible signs as to how ready the JCS and Army brass were to attack Cuba, were President Kennedy to have acceded to their wishes.

Had that happened, it is likely that neither you nor I would be reading this. Yet, down at Benning, there were moans and groans complaining that we let the Commies off too easy.

Ray McGovern works with Tell the Word, a publishing arm of the ecumenical Church of the Saviour in inner-city Washington. He was an Army infantry/intelligence officer from 1962-64 and later served as Chief of CIA’s Soviet Foreign Policy Branch and morning briefer of the President’s Daily Brief. He is co-founder of Veteran Intelligence Professionals for Sanity (VIPS).