President Trump Is a Choir Boy Compared to Other Recent Presidents

Put in the context of recent presidential history, the media’s objurgating of President Trump, because of his phone call to Ukranian president Volodymyr Zelensky, shows a remarkable lack of knowledge of recent American history or dishonesty—or both.

Laid next to the evil activities of other recent presidents, the Trump-Zelensky phone call is a nothing burger. At most, he asked for Zelensky to investigate what appears to be shady dealings by Hunter Biden in Ukraine at the time his father Joe Biden was vice president.

Compare this activity to most recent presidents. 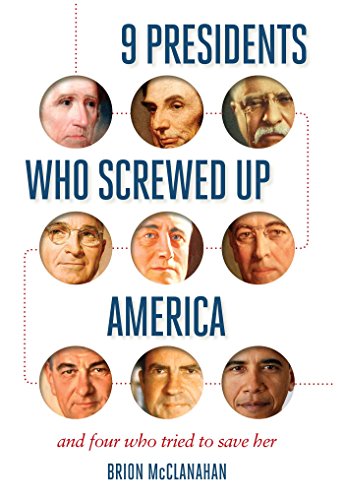 Lyndon Baines Johnson lied about an attack in the Gulf of Tonkin. The Pentagon Papers, the memoirs of Robert McNamara, and NSA publications from 2005, proved material misrepresentation by LBJ to justify an escalation of the war against Vietnam.

The outcome of this false claim, along with another true claim, was the passage by Congress of the Gulf of Tonkin Resolution, which granted Johnson the authority to assist any Southeast Asian country whose government was considered to be jeopardized by “communist aggression”. The resolution served as Johnson’s legal justification for deploying U.S. conventional forces and the commencement of open warfare against North Vietnam.

According to Raymond McGovern, a retired CIA officer (CIA analyst from 1963 to 1990, and in the 1980s, chairman of the National Intelligence Estimates), the CIA, “not to mention President Lyndon Johnson, Defense Secretary Robert McNamara and National Security Adviser McGeorge Bundy all knew full well that the evidence of any armed attack on the evening of Aug. 4, 1964, the so-called ‘second’ Tonkin Gulf incident, was highly dubious. … During the summer of 1964, President Johnson and the Joint Chiefs of Staff were eager to widen the war in Vietnam. They stepped up sabotage and hit-and-run attacks on the coast of North Vietnam.”

Here is Johnson lying to the American people:

One of the leading national issues during 1980 was the release of 52 Americans being held hostage in Iran since November 4, 1979. Many historians believe that representatives of Reagan’s presidential campaign had conspired with Iran to delay the release until after the election to thwart President Carter from pulling off an “October surprise”.

Reagan won the election. On the day of his inauguration— 20 minutes after he concluded his inaugural address—the Islamic Republic of Iran announced the release of the hostages.

It is believed the Reagan Administration subsequently rewarded Iran for its participation in the plot by supplying Iran with weapons via Israel and by unblocking Iranian government monetary assets in U.S. banks.

Here is The New York Times explaining how the George H.W. Bush administration encouraged Iraq’s leader Saddam Hussein to invade Kuwait, which ultimately led to the first US attack on Iraq.

In the two weeks before Iraq’s seizure of Kuwait, the Bush Administration on the advice of Arab leaders gave President Saddam Hussein little reason to fear a forceful American response if his troops invaded the country.

The Administration’s message to Baghdad, articulated in public statements in Washington by senior policy makers and delivered directly to Mr. Hussein by the United States Ambassador, April C. Glaspie, was this: The United States was concerned about Iraq’s military buildup on its border with Kuwait, but did not intend to take sides in what it perceived as a no-win border dispute between Arab neighbors.

In a meeting with Mr. Hussein in Baghdad on July 25, eight days before the invasion, Ms. Glaspie urged the Iraqi leader to settle his differences with Kuwait peacefully but added, ”We have no opinion on the Arab-Arab conflicts, like your border disagreement with Kuwait,” according to an Iraqi document described as a transcript of their conversation.

This is viewed by scholars as the US giving Saddam a green light to attack Kuwait, which was then used as cover to attack Iraq.