MBS Must Shelve His Vicious War in Yemen

Never underestimate the power of blowback. Right now, Crown Prince Mohammad bin Salman (MBS), the de facto ruler of the House of Saud, is staring at it, an ominous abyss opened by the Houthis in Yemen.

This was part of the significantly named Operation Nasrallah in Najran province, Saudi Arabia. The Houthis, who did learn a lot, tactically and strategically, from Hezbollah, duly praised mujahideen and ‘popular committees’ involved in Operation Nasrallah.

Col. Pat Lang, in his blog, offers a particularly useful observation on the captured Saudi vehicles. Some belonged to the Saudi National Guard (SANG): “I suppose these troops were from the modernized SANG that the US has worked hard to train and equip for fifty years or more. The easy surrender of these Bedouins is very bad news for the Saudi monarchy.”

Najran, the site of the successful raid, is a Shi’ite majority province. But unlike the Eastern province, concentrating the bulk of the Saudi oil industry, where the Shi’ites are Twelvers – believers in twelve divinely ordained leaders, awaiting the reappearance of the last of those twelve imams as the promised Mahdi – in Najran the majority are Ismailis. Until recently, they had been relatively accommodating to the rabidly anti-Shi’ite House of Saud.

Not anymore. As I reported before, increasingly daring Houthi operations inside Saudi Arabia can only be successful with solid, on-the-ground intelligence.

As for the captured, ragged Saudi soldiers, Mohamed Al-Bukhaiti, who is part of Ansarallah’s political wing, confirms they are mostly takfiris – true believers who think they see among their fellow Muslims legions of apostates, deserving of the death penalty – and jihadis. 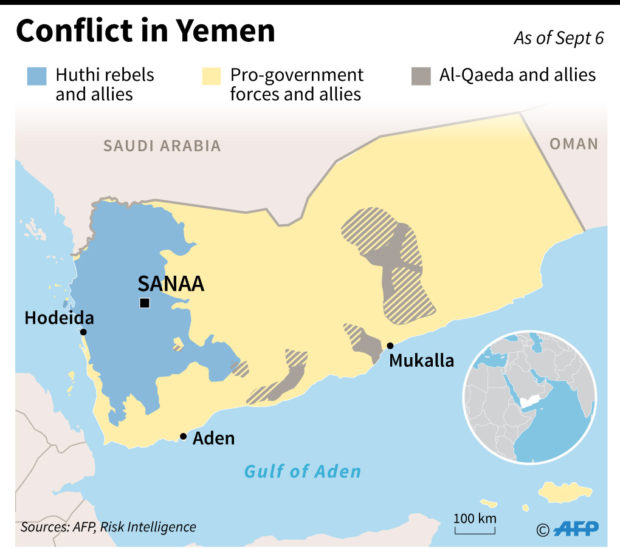 What MBZ is up to

Al-Emad was keen to point out that among the dizzyingly complex Yemeni tribal mosaic, the only unifying factor is the fight against a foreign invader – and in this case serial bomber, responsible since 2015 for provoking the most serious humanitarian crisis in the world according to the UN. I remarked to Al-Emad that the Yemeni tribal pattern was much like Afghanistan’s. He visibly enjoyed the comparison.

Al-Emad also confirmed that mercenaries fighting in south Yemen are joining the Houthi movement en masse. That will pose even more challenges for the so-called “coalition” that’s been bombing Yemen since 2015, which is now reduced to the House of Saud after the UAE opted for “talks.”

On the ground, the situation is actually even murkier. The Houthis – supported by Iran – may be fighting Riyadh, but they are also fighting al-Qaeda remnants and a few Daesh jihadis. The House of Saud creates the illusion they are doing the same. In fact, they do nothing.

The Gender-Neutral Attack on MotherhoodFacial Recognition for Your Car