Who Needs John Bolton? Trump’s Neocons Are Determined To Go To War Against Iran

Following John Bolton’s departure from the White House, Saudi Arabia’s oil facility was attacked by drones operated by the Houthi rebels of Yemen.  Trump and his Secretary of State, Mike Pompeo once again claimed that it was the Iranians who committed the attack without any supporting evidence.

Make no mistake, the neocons are still in the White House and they want a war. The neocons or the neoconservatives want the U.S. to promote its form of democracy throughout the world and want to ensure its interests takes center stage in international relations through its military power. The neocons made a comeback with the George W. Bush Jr. administration and their allies in the Middle East including Israel and Saudi Arabia who orchestrated the September 11th attacks. President George W. Bush Jr. gave a speech while the U.S. population was still in shock and named the Axis of Evil which was North Korea, Iran and Iraq.

According to Bush Jr., Iran was a threat to the U.S. and the world  when he said that

“Some of these regimes have been pretty quiet since September 11, but we know their true nature. North Korea is a regime arming with missiles and weapons of mass destruction, while starving its citizens. Iran aggressively pursues these weapons and exports terror, while an unelected few repress the Iranian people’s hope for freedom.” 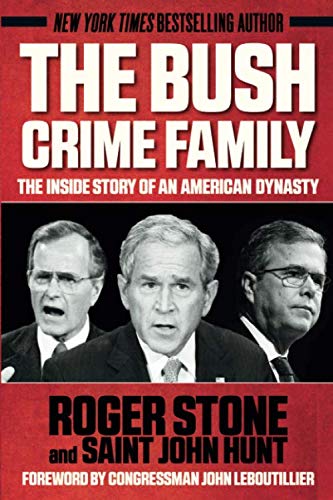 The Bush administration was full of neocons who wanted to launch a war against Iran, but settled with attacking Iraq instead and we know what was the outcome.  Bush’s neocons included Vice President Dick Cheney, Undersecretary of State John Bolton, Deputy Defense Secretary Paul Wolfowitz, former Secretary of Defense Donald Rumsfeld, Chairman of the Defense Policy Board Advisory Committee Richard Perle and several others who were determined to spread their vision of a new world order. Now Trump has a few prominent neocons in his administration including Vice President, Mike Pence, Secretary of State Mike Pompeo and neocon relic from the 1980′s during the Iran-Contra affair, Elliott Abrams. The Trump administration is continuing the same neocon approach by blaming Iran for everything that happens in the Middle East and threatening military action every chance they get.

“Secretary of State Mike Pompeo on Saturday blamed Iran for a massive attack on a critical Saudi oil facility that has put the region on high alert. Houthi rebels in neighboring Yemen claimed responsibility for the assault, which was conducted using drones and hit the world’s largest oil processing facility hundreds of miles from the Saudi-Yemen border.”

Without any evidence, Pompeo was quick to blame Iran.

“A senior official told ABC News more than 20 drones were used in the strike and that Iran definitely was behind it. “It was Iran,” the senior official said. “Houthis are claiming credit for something they did not do.”

One day after, ABC News ran with the story with the headline ‘Iran fired cruise missiles in attack on Saudi oil facility: Senior US official’ and said that

“Iran launched nearly a dozen cruise missiles and over 20 drones from its territory in the attack on a key Saudi oil facility Saturday, a senior Trump administration official told ABC News Sunday.” admitting that “It is an extraordinary charge to make, that Iran used missiles and drones to attack its neighbor and rival Saudi Arabia, as the region teeters on the edge of high tensions.”

The report mentioned U.S. President Trump who “warned the U.S. was “locked and loaded” to respond to the attack on Sunday, waiting for verification of who was responsible and for word from Saudi Arabia on how to proceed.” Washington is seeking any excuse to launch an attack on Iran, but there is no proof. The only evidence that Washington has is coming from the Saudis themselves. A report by Reuters titled ‘Saudi-led coalition: Evidence indicates Iranian arms used in Saudi attack’ said the following:

The Saudi-led military coalition battling Yemen’s Houthi movement said on Monday that the attack on Saudi Arabian oil plants was carried out with Iranian weapons and was not launched from Yemen according to preliminary findings. Coalition spokesman Colonel Turki al-Malki said that an investigation into Saturday’s strikes, which had been claimed by the Iran-aligned Houthi group, was still going on to determine the launch location.

“The preliminary results show that the weapons are Iranian and we are currently working to determine the location … The terrorist attack did not originate from Yemen as the Houthi militia claimed,” Malki told a press conference in Riyadh

Did Saudi Arabia give the “smoking gun” evidence to Washington? What will the Trump and his neocon war mongers do now? Remember when Iran was blamed for the attacks on two oil tankers in the Gulf of Oman? The Trump regime was quick to point fingers at Iran. Even Japan and Germany wanted clear evidence, but Washington was convinced that Iran was behind the attacks on the Norwegian-owned Front Altar and the Japan’s Kokuka Courageous in the Gulf of Oman. Pompeo was on ‘Fox News Sunday’ during the crisis and claimed that there was “no doubt” that Iran was responsible for the attacks. Pompeo said that

“The intelligence community has lots of data, lots of evidence. The world will come to see much of it, but the American people should rest assured we have high confidence with respect to who conducted these attacks as well as half a dozen other attacks throughout the world over the past 40 days.”

But the whole accusation was false. Plus, why would Iran attack an oil tanker belonging to Japan whose Prime Minister Shinzo Abe was about to meet his Iranian counterparts in Tehran to establish greater economic cooperation between Japan and Iran to bypass U.S. economic sanctions?  One question remains, how would have Iran benefited from such an attack in the first place?

Washington’s inner circles which are full of neocons on both sides of the aisle, both Democrats and Republicans want a war with Iran regardless of how they get it. They want to make Israel and the Saudis the dominant power in the Middle East, but a war with Iran means a war with Russia and China. One other factor for those in Washington, Tel Aviv and Riyadh seem to forget is what is in their way before they can launch a full scale attack on Iran, and that is Hezbollah, Syria, the Houthis of Yemen and the Palestinians. As long as Hezbollah, Syria and the axis of resistance remains strong enough to repel any aggression by Israel or Washington’s “good” terrorists, no war on Iran would take place anytime soon.

Washington’s aggressive behavior towards Iran is about oil since Iran has one of the largest oil reserves in the world. But it is not only about oil, it’s also about Iran’s reluctance to use the U.S. dollar. Iran is de-dollarizing out of Washington’s economic deathtrap to end their dependence on the petrodollar. Iran is also looking east and establishing multilateral trading blocs with Russia, China and several other countries. The bottom line is that the U.S. and its allies in the Middle East are losing control, so war might be their last option to remain in control, if of course, they come out of World War III victorious, but that will be a long shot.

This article was originally published on the author’s blog site, Silent Crow News.