Long before the term “color revolution” ever existed as part of our geopolitical lexicon, the technique of directing violence-prone mobs towards the overthrow of their governments had been honed over centuries. Enflaming the rage of a mob and directing that rage towards the overthrow of established political structures only required money, propaganda and a few quality morality-free rhetoricians.

I was shocked to discover, upon reading the 2001-2002 studies published by historian Pierre Beaudry (Why France Did Not Have a French Revolution and Jean-Sylvain Bailly: The French Revolution’s Benjamin Franklin (1)), that the common narrative of the French Revolution is little more than British myth making that bears little to no resemblance to reality as it happened.

The period was a ripe one in human affairs. The American Revolution’s success finalized at the 1783 Treaty of Paris had sent shockwaves of hope throughout the world. The idea that the long night of empire that had bled the Old World for eons could possibly end was electrifying. It was generally understood by all that for the annihilation of the hereditary order to occur beyond the 13 colonies, it would have to enter Europe through France. Although patriots from many nations across Europe assisted the Americans (including Russians, Germans, Polish and Irish) France had after all been the most supportive to the American Revolution’s struggle with thousands of French soldiers joining the fight under the Marquis Lafayette and vital financial, political and military aid provided throughout.

Leading French republican figures like the Marquis Lafayette, Jean Sylvain-Bailly were the greatest forces to make this move happen in Europe and they even had the support of a Monarch with republican sympathies who honestly believed the purpose of law and government was the common good. Not an easy thing to come by in those days.

By July 20, 1789 the first act of the revolution had occurred known as the Tennis Court Oath, led by Bailly, then Mayor of France and first president of a new organization called the National Assembly– the first representative institution in France’s history endowed with the authority co-equal to that of the king. This assembly resolved to create a constitution that soon formulated a beautiful founding document known as the Declaration of the Rights of Man. The Marquis of Lafayette became the head of the new National Guard and a program to educate the citizenry was begun. A constitutional monarchy was being prepared that would introduce a system of values into a geopolitical meat grinder that was totally incompatible to any system built around a hereditary elite… and it was actually being done without bloodshed!

But something didn’t go as planned.

By 1793, Bailly and the majority of his closest allies had been decapitated by Jacobins. Scientists like Antoine Lavoisier were included in the murders with the Jacobin motto shouting “the revolution needs no scientists” (science was elitist after all). Lafayette chose to save his head by escaping on August 19, 1792 becoming a prisoner in a Habsburg dungeon for 4 years (2). The king Louis XVI- who was the great friend of the American cause and participant in the constitutional monarchy lost his head by January 1793- joined by his wife 9 months later. By 1794, the revolution was only known as the “Terror” and earned that name as over 40 000 people were executed over a very short period. France was bathed in blood while power alliances bounced back and forth between “left” wing Jacobins under the control of Maximilian Robespierre, Marat and Danton and opposing “right” wing Girondins and monarchists. With each change in power, waves of executions struck all sides. France became a police state with secret police embedded throughout breadlines and markets taking note of every criticism of the government, the price of bread and scowl, with the unsuspecting complainers carried off to prison at best, or the guillotine at worst.

Soon a total power vacuum caused a young republican general named Napoleon Buonaparte to take power and institute himself in most un-republican fashion as hereditary Emperor of France, unleashing a 15 year reign of war on Europe.

So how did it go so wrong?

The first clue here is to be found in the fact that the same Anglo-Swiss bankers that funded Napoleon’s wars were the very same bankers that caused the economic decapitation of France which transformed it into a bloody terror. Just like the IMF and World Bank’s art of structural adjustments, and conditionality-based loans, Finance Minister Jacques Necker not only incurred a mass of unpayable debts from 1786-1789, but also imposed austerity which crippled nation’s ability to heal. Professor Beaudry wrote:

“France, in the 1783 Treaty of Paris recognizing American independence, agreed to free-trade provisions demanded by Britain for its control of the Atlantic trade. Then, in a separate 1786 French-British treaty, France accepted suicidal, complete free-trade agreements which ruined the French economy overnight. From 2% annual real physical growth in the late 1770s and early 1780s, France’s textile, shipping, and mining sectors, and its agriculture, fell into depression, with outright famines ensuing. The royal budgets collapsed, and in stepped the Swiss agent of Britain’s Lord Shelburne, the banker Jacques Necker, as French Finance Minister and First Minister.”

Britain’s free trade agreement made France’s harboring of its grain in reserves “economically illegal” whereby Britain bought up all the French grain their population could eat and much more. When a devastating hailstorm hit France in June 1788 destroying the majority of crops an ongoing famine ensured and France’s king begged Britain for the chance to buy back some grain to feed the starving masses, to which Britain held a meeting and simply replied in the negative.

When French troops opened fire on the armed starving masses that had surrounded the fortress of the Bastille on July 14, 1789, all hell broke loose, and a genie was fully released that no one could ever put back into the bottle. The fortress was stormed, its soldiers and governors decapitated, and the people began screaming for Necker and Orleans to become the saviors of France. Jacobin press had been spreading idea to the masses for some time.

The Freemasonic Duke who had been operating on a plan to become a “Jacobin King” had intended to bring the “British System” into France modelled on Britain’s balance of power of a House of Commons, House of Lords and Monarch. However, he was still three places removed from the title of King of France (the King had a son), and thus the July 17, 1789 assassination attempt of the King was made which saw a high calibre sharp shooter take aim at the King’s coach over the Louis XV Bridge, just missing the king and killing a woman next to the coach.

On June 23, 1789, a desperate Necker gave a message to the King saying “Sire, what you must now do is to accede to the reasonable wishes of France, and resign yourself to adopt the British constitution.” Necker’s daughter Madame de Stael who recorded this message made the point that Necker’s offer was the same that was adopted when France again became a monarchy in 1814 which coincided with the restoration of the Monarchies and the Congress of Vienna loved so dearly by Henry Kissinger.

The King would survive another 2.5 years, but by that time, Egalite’s luck had run out as the monster he unleashed consumed him too as he found his head in a guillotine on November 6, 1793.

The remaining years of the revolution were characterized by wars abroad, and chaos within. The inflammatory pens of hundreds of Anglo-Swiss radical writers maintained by Jeremy Bentham were brought in becoming the voices of rage that would steer the Jacobin terror. Soon waves of beheadings became a normal part of life under the tyrannical authority of Maximillian Robespierre who’s “profound” philosophical contribution to the revolution was that all revolutionary citizens must be have virtue, but that virtue must be led by terror.

His bloodlust only increased leading to his conclusion that the real cause of the injustices of France was Christianity itself, leading to his creation of a new religion of perverted reason called “the Cult of the Supreme Being” and the complete overhaul of the calendar system using a decimal system. “The French Revolutionary Calendar” used 10 days/week and based itself on the seasons. The hope was that the population would soon lose all sense of the existence of Sunday and be cleansed of the parasite of superstition. Even Robespierre’s closest supporters thought he went too far with this one, and he soon found himself in a guillotine.

At the end of the day, neither the Shelburn-Orleans plan for a Jacobin King nor the Bailly-Lafayette plan for a Constitutional Monarchy panned out. A poor shadow of a republic came into being momentarily ending the age of monarchs, but through the trauma of purgative bloodshed which killed all possible leaders. Gaspard Monge, then constructing the important École Polytechnique which played a key role in producing layers of scientific cadres and soldiers so necessary to keep France alive amidst the years of war that followed commented on the situation saying “it is better to have republicans without a republic than a republic without republicans.”

So what is the lesson to be learned?

A revolution isn’t a good or a bad thing. It is given its value based upon the effect it has on the people and the causal principle from which it originates. Contrary to popular opinion, revolutions are never spontaneous, and always occur with catalyzers drawing upon core principles of human nature and historical forces. 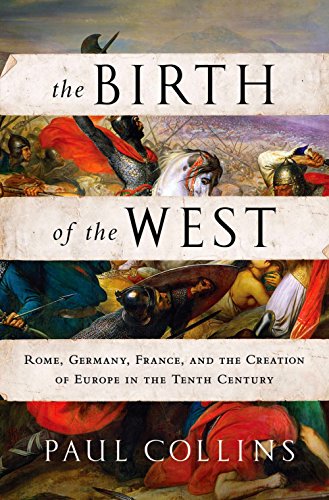 The FORM a government takes after a revolution is of less consequence than many today believe. If a revolution for democracy occurs anywhere in the world, what does it matter if there is a hereditary elite managing the system from above? Does that make a revolution for socialism better? Not if the leadership of the socialist revolution doesn’t really care about the good of the people. Whatever the form of government, the qualification for moral fitness is based upon its commitment to the General Welfare of all of its people, and its neighbours! Is it committed to a political-economic-cultural program founded upon the constant improvement of the minds, spirits and lives of all, or is it wired to pillage from the masses for the benefit of a few?

Keeping those questions in mind, the only REAL revolution happening on the earth today reflecting that same republican spirit of 1789 which animated Jean-Sylvain Bailly, Benjamin Franklin and Marquis Lafayette is China’s Belt and Road Initiative. Anything trying to pass itself off as a revolution in opposition to this new dynamic, is just a sociopathic counterfeit.

(1) Additional works by Beaudry related to his studies on the French Revolution are to be found in his Book “France Canada and the American Revolution” located in full here.

(2)  The story of Lafayette was immortalized in Beethoven’s singular masterpiece Fidelio. Beethoven, an ardent follower of Friedrich Schiller, and the republican cause believed with many of the greatest artists that an age of creative reason was being ushered in until the French Revolution was sabotaged. In assessing the psycho-spiritual failures of elites and the masses during the French Revolution, Schiller himself wrote his Aesthetical Letters (1794) commenting that “a great moment had a found a little people”.

Matthew J.L. Ehret is a journalist, lecturer and founder of the Canadian Patriot Review. He is also the co-founder of the Rising Tide Foundation.

The False God of Sports The He-Man