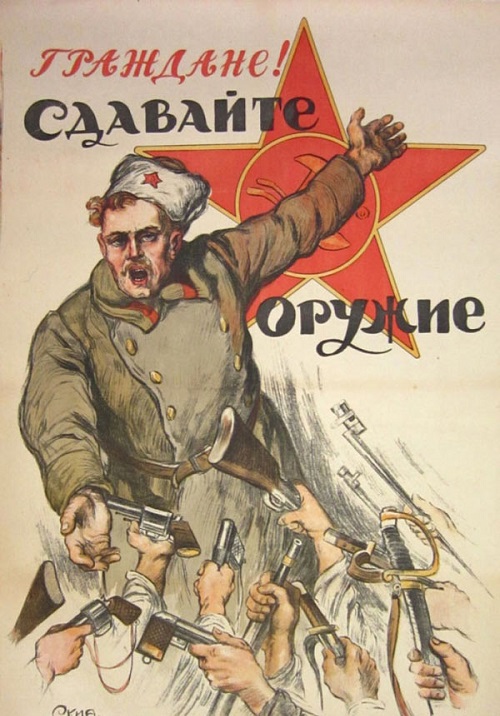 This week government officials are set to come back from their summer recess, and I have heard from a couple different sources that the US Senate in particular is seeking to fast track legislation on Red Flag gun laws as well as a possible ban on private party transfers of firearms and a possible ban on high capacity magazines. I can only hope that these are just rumors, but I suspect they are accurate.

Senate Majority Leader Mitch McConnell has publicly vowed to pursue any new gun control legislation that the Trump Administration supports, and Donald Trump has openly called for Red Flag gun laws involving mental health guidelines. The mainstream media now claims that a majority of Americans on both sides of the political divide support red flag legislation, but we all know how rigged such polls can be. The real question is, does the average American even know what red flag laws would entail? I think they do not.

Red flag gun laws are a method of gun control by which a family member or law enforcement can petition the court to confiscate a person’s firearms on the SUSPICION that the person may present a danger to themselves or others. But it doesn’t necessarily stop there. Some reports indicate that Trump is seriously considering using big tech companies like Amazon and Apple to monitor people’s behavior and link this data to a social credit system similar to the system that already exists in China. Your gun rights could then be determined by algorithms that mark you as a potential risk simply by what you post online.

Prosecution using the public to spy on itself is a hallmark of these kinds of laws. It is also nothing new. The Puritans in early America used intangible evidence, such as “spectral evidence” to punish people of various crimes including witchcraft. This encouraged extreme collectivism and conformity, for anyone stepping outside the lines of what the group saw as righteous behavior could find themselves secretly accused using rhetorical evidence and unable to defend themselves. Their only option was to admit to the crime, whether they were guilty or not, and then repent.

But in a social or political witch hunt, you are not repenting to get in God’s good graces, but to get in the good graces of the collective. You are supposed to sublimate yourself for the group and beg their forgiveness; not for the crime you are accused, but for the crime of acting as an individual. The message is clear – There is no way to fight back. Just give in and if you are lucky the collective will let you continue living, under their watchful eye, of course.

This might sound like something that could never happen in the US today, but it already has. The existence of the No Fly List, which is generated in secret, is often politically motivated and is based on evidence that the accused is never allowed to see.  It is a perfect example of a “law” that is similar to Red Flag legislation. While the no fly list has been confronted in court numerous times, it still endures and is little changed since its inception. Once ingrained, these laws are rarely ever removed.

It is likely that Red Flag gun laws will operate in the same way. One day you may walk into the sporting goods store and be denied a gun purchase by the ATF. There will be no explanation, only the denial of your rights.

Accusations can come from anywhere, even complete strangers using anonymous online applications (this is how the Chinese social credit system works). They could be based on legitimate behavior, such as suicide or murder threats, or they could be based on a political statement you wrote or said years ago. It doesn’t matter. The goal will be to take gun rights away from as many people as possible while the government still claims to support the 2nd Amendment. It’s about the back door destruction of gun rights, not public safety.  It’s also about silencing public dissent.

The bottom line is, if you allow pre-crime judgment based on hearsay evidence for one person, then you are allowing it for ALL people including yourself. And, it might not stop with whether or not a person is allowed to buy or own a gun. These systems of control expand into every facet of life. Again, simply look at what is happening in China.

The method of using “mental health” or social disruption as an excuse to silence dissent was not actually mastered by China, however.  It was standardized in communist Russia during the reign of the Soviets.  The mental health excuse was exploited on a regular basis in order to quietly sweep government critics and dissidents under the rug never to be seen again. The metal hospitals where these deplorables were kept were called “Psikhushka”, an ironic diminutive label. The hospitals worked hand in hand with the Cheka secret police and their vast networks of civilian informants.

‘See Something Say Something’ began under communists in the East.  It’s only being recycled today in the West.

For the Soviets, the methodology made sense. The message they were sending was that anyone who criticized socialism/communism MUST be crazy. And, in a way, this is how Red Flag laws function. For if you are put on the list, or denied gun rights, then there MUST be something mentally wrong with you. And, by extension, if you are placed on the list for political reasons, then your political beliefs or convictions MUST also be psychologically disturbed. You see how this works?

Red Flag laws and social credit systems take the Psikhushka and flip it around. They don’t need mental health prisons, they simply turn the whole country into a mental health prison. The wardens and guards of this prison will be the citizenry, and they will police each other.

Make no mistake, the mainstream media and the government have been conditioning the public for years to the concept that certain ideals and political activists are on the “fringe”. They are “conspiracy theorists”. They are exhibiting “defiance disorders”. They are not right in the head. Red Flag gun laws are meant for people like me, or perhaps people like you.

Precursor testing of denial of gun rights based on mental health accusations has already taken place against war veterans in the US based on PTSD (post traumatic stress disorder).  It makes sense that the government would seek to disarm trained combat experienced veterans first, as they tend to present the biggest source of resistance to a totalitarian shift.

I can’t say that Trump’s open support of Red Flag laws surprises me in the slightest. Trump’s long term business relationships and debts to the Rothschild banking elites as well as his many dubious cabinet choices including Pompeo, Ross, Mnuchin, Kudlow, Lightheizer, etc., indicate to me that Trump is not on the side of liberty activists.

John Bolton’s recent exit from the White House does not impress me.  It is clearly a crumb thrown to conservatives as a means to keep them close to the Neo-Con table.  The goal of the elites to lure conservatives into blind adulation of the Trump Admin. is starting to fail, and they had to do something.  Also, it is not uncommon for elitist members to jump ship from an administration right before their agenda’s are implemented so that they get none of the blame for the consequences.

Bolton should never have been in Trump’s cabinet to begin with, he was there for years, and just because Bolton is leaving doesn’t mean his agendas will be leaving.  Trump has many elitist handlers, and I’m sure Bolton will be replaced with yet another reprehensible ghoul in due course.

In my recent article ‘The Real Reasons Why The Media Is Suddenly Admitting To The Recession Threat’, I noted that if an economic crisis strikes in the next year, then it’s highly unlikely that Trump is slated to be president after the 2020 elections. If he supports Red Flag laws, then it is almost assured that he will not be president for another term.

In our controlled political machine in which presidents from both parties are merely puppets for elitist interests, these kinds of liberty crushing laws are not generally designed for the current Administration’s use. Rather, they are supported by one president or party, and then exploited by the next president or party in power. In this way, conservatives could be tricked into backing unconstitutional laws in the name of “helping their side win”, only to discover that the laws they supported (or ignored) are being used against them by Democrats a few years later.

I think this would be especially true for Red Flag legislation. If conservatives do not raise hell in response to these laws just because they don’t want to derail the Trump train, then they will find themselves complicit in their own disarmament if markets tank and the Dems take over in 2020. The socialist front runners will say that we “asked for this” under Trump, and now we’re getting what we wanted. And, once these laws are in the books, expect that a majority of police will comply with them and enforce them.

Of course, this leads to an inevitable outcome – War. There are millions of people in the US that are not going to fold to the dismantling of gun rights or gun confiscation. No doubt, we would all be labeled terrorists, and our defiance would be held up as further proof of our mental instability. So be it.

Once the Pandora’s box of pre-crime and hearsay evidence is opened, the sky is truly the limit for the violation of American constitutional rights.

For whatever it’s worth, now would be a good time for gun rights advocates to contact their representatives and warn them that Red Flag laws are unacceptable. Also keep in mind that the government may push a long list of new gun control restrictions on top of Red Flag laws as a means to frighten the public. They will then rescind many of the items on the list (except the red flag legislation) in order to make it appear as though we “got lucky”. The real goal here is the mental health restrictions and the ability for government to deny your rights according to hearsay evidence.

Gun ownership is as integral to a free society as free speech and property rights. Without firearms ownership, the public is at the mercy of any criminal or criminal government that seeks to oppress them. Remember, if your “military style” rifle was not a threat to the elites then they would not constantly seek to take it away. Never let it go.