A recent email discussion between a theologically diverse group of right-of-center friends—Christians, Jews, agnostics, and atheists—provided much food for thought.

Is Christianity the main culprit for what one interlocutor aptly referred to as “white guilt” and all of the cultural and political degeneracy by which this phenomenon has been attended?  This person and another—both non-Christians—agreed that White Guilt is “a Christian affliction.”

Two Roman Catholic Christians took exception to this analysis, with one expressing their position that while “white race guilt may be a Christian heresy…it is not endemic to orthodox traditional Christianity, but a gross distortion of it.”

Still someone else maintained that even if it’s the case that our reigning secular ideology is but a corruption of “orthodox traditional [read: true] Christianity,” this begs the question as to why and how it is that Christianity lends itself to such perverse readings.

The interlocutors were arguing pass one another. 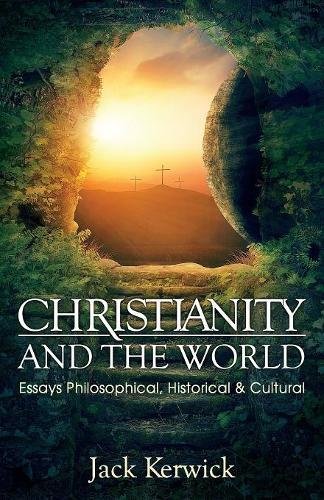 It is indeed difficult to imagine the mental and moral perversion that my friends were calling White Guilt taking flight from any soil other than that of Euro-Christian civilization.  Thus, it’s by and large accurate (if an oversimplification) to characterize it as “a Christian affliction.”  So too are Secular Humanism, Liberalism, Socialism, Communism, Marxism, Egalitarianism, Democracy, and, in fact, atheism itself—in short, of every post-Christian ideology that has originated and exerted any significant influence within the Western world—cheap knock-offs of Christianity.

To concede this, though, is hardly equivalent to conceding that there’s anything sociologically dubious about Christianity, the historically “mixed bag” that one discussant referred to it as. Quite the contrary, this concession amounts to nothing more or less than the concession that, first, Western civilization itself is inseparable from the faith that served as its soul for the better part of the last two millennia, the thing without which there would have been no Western civilization and, second, Christianity is that rich, that valuable, that even its staunchest enemies are just as staunchly determined to insure that they preserve some of its unique insights after they have wrenched those insights from the Christocentric context from which they derive their intelligibility.

That Christianity has proven susceptible to exploitation by the indiscriminate and the opportunistic serves to underscore its unique strengths.  This is a paradox, it’s true, but it is no mystery.  In fact, it is no less paradoxical than myriad of mundane paradoxes that we encounter on a daily basis.  That which is of value is always that much more susceptible to abuse than that which is of no value, and that which is most valuable is more prone to abuse than that which is of less value.  Anyone who fails to discern this and who instead suggests that Christianity’s vulnerability to being perverted by unscrupulous and ignorant people somehow diminishes its value needs to answer the following questions:

Is truth of diminished value because it lends itself so readily to abuse by liars, the ignorant, and the cruel?

Is individuality of diminished value because it so readily lends itself to abuse by individuals?

Is science of diminished value because of its vulnerability to being abused at the hands of activists, pseudo-scientists, totalitarians, “humanitarians,” and, yes, scientists themselves?

Are liberty and freedom are of diminished value because of the ease with which the undisciplined, the weak, the stupid, and the evil have abused them?

Are intelligence and rationality of diminished value because of the abuses to which they have been subjected?

Is self-consciousness of diminished value because of its susceptibility to abuse?

Is virtue of diminished value because it has been conscripted into the service of authoritarianism and totalitarianism?

Are compassion, empathy, mercy, decency, justice, and love of diminished value because the compassionate, the empathetic, the merciful, the decent, the just, and the loving are inherently at risk of being taken advantage of by the selfish, the indecent, the merciless, the unjust, the hateful, and the indifferent?

It is not for nothing that Glaucon long ago made his case to Socrates that the unjust, inasmuch as they are liberated from the constraints to which the just subject themselves, are better off than the latter.

It’s eminently plausible that, given its injunction to love and care for the stranger and its offer of universal salvation to all who accept the atoning work of Christ, Christianity’s is an historically unique affirmation of individuality that has supplied both the conceptual resource and the pretext for White Guilt.  Yet, as I’ve been at pains to show, this invalidates Christianity no more than the fact that an acute conscience is more prone than a dull one to experience unwarranted guilt (whether of the racial or non-racial varieties) invalidates conscience per se.

John S. Mill, the famous 19th century philosopher of utilitarianism (and hardly any kind of traditional Christian), noted that the capacity of human beings to enjoy the uniquely human, “higher” pleasures of the intellect, imagination, and character is necessarily inseparable from that person’s capacity to suffer proportionate pain.  The capacity for great pleasure is one and the same as the capacity for great pain.

Moreover, that White Guilt is a phenomenon of recent vintage, and that its most zealous (though not sole) proponents—i.e. such professional “anti-racists” as the mask-wearing punks of “Antifa”—are, far from being Godly, adamantly, militantly Godless, suggests compellingly that Christianity, which has been around for thousands of years, can hardly be the sole, or even the primary, culprit behind it.  Rather, these last considerations point to the danger of dislodging the noblest of human sentiments (compassion, empathy, a sense of justice), ideals (individuality, inviolable human dignity), and capacities (conscience) from the theocentric, Christocentric tradition of thought within which they emerged and courtesy of which they found their greatest expression, a tradition that for the better part of the last two millennia has been synonymous with what we now refer to as “Western civilization” but which earlier generations knew simply as “Christendom.”

As I show in my book, Christianity and the World: Essays Philosophical, Historical, and Cultural (Stairway Press 2017), Christianity remains the air that Westerners breathe.  The hospital; the orphanage; the University; schools for the masses; the charitable organization (“disinterested benevolence,” as one observer put it); science; innovation in the arts; capitalism; the abolition of slavery; categorical proscriptions of filicide (“abortion”) and infanticide; just war theory; the idea of human dignity—these are all the legacy of Christianity.

This being said, the ever-increasing liberalization of the Christian Church, the seemingly insatiable eagerness on the part of clerics of both the Protestant and Catholic varieties to betray the Gospel by ingratiating themselves to the (Politically Correct) world, indeed accounts for who these same wolves in sheep’s clothing managed to supply White Guilt with a theological, or, more accurately, a pseudo-theological underpinning.