Is this Project Mayhem or Project Epstein?

That shouldn’t, however, keep us from picking through the bread crumbs and see where they lead us. I wrote previously that I thought this story would lead to Hillary Clinton. The MAGA crowd loved that.

Regardless of whether Hillary winds up being the target is irrelevant. What I wrote the other day I still feel is the most likely situation.

I was cautiously optimistic that Trump would turn the corner on his presidency now that Mueller, impeachment and the rest of it would lift from his shoulders. His foreign policy maneuvers didn’t fill me with much, if any, confirmation of this hope.

But domestically signs were there that he had stabilized the battlefield.

Epstein’s arrest tells me he’s now out for blood. 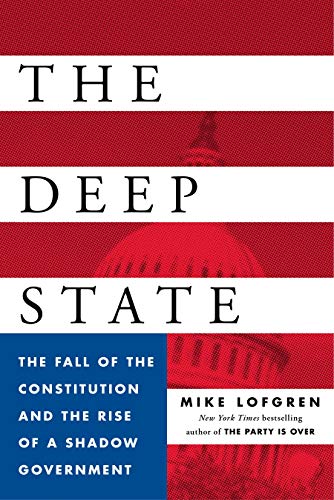 That was, frankly, my gut instinct talking when I wrote that. It fit the sequence of events and the changes we’ve seen in D.C. over the past four months since Attorney General William Barr shut down the Mueller investigation.

What was done to Trump went far beyond egregious. It went far beyond even lawlessness. It was an operation that spanned multiple governments, showed complete contempt not only for procedure but the people themselves.

It was, in short, a supremely arrogant attempted coup that expected to get away with it all because they always had in the past. It was also amatuerish as hell.

The reason I’ve never believed any of the arguments that Trump is simply a bait and switch pitch man for the Deep State is because that description defies reality.

It doesn’t pass Occam’s Razor. The people Jeffrey Epstein represents hate Trump holding power because they have nothing of substance on him. Sure he’s bribed building contractors or paid off unions to get his buildings finished. Whatever.

No one other than the squeakiest of wheels would get upset over that. Everyone accepts that to do business in a corrupt world like New York you swim with some of it because that’s simply how things are done, like it or not.

But using fourteen-year-old girls as blackmail agents and prostitutes to run guns, drugs, topple governments and steal weapons research is another level of corruption. It’s orders of magnitude worse. And to Trump’s credit it seems like he’s never dabbled in that particular thing.

Because if he had, he would never have become President and the Deep State would have never organized a coup attempt against him.

Occam’s Razor, folks. They don’t have anything of substance on him. At best they’ve got a few pictures of him at an Epstein party and then he’s gone.

Watch a few minutes of this report by George Webb and tell me this doesn’t sound exactly like what we’ve been presented as evidence that Trump is one of Epstein’s perverts.

We know Trump helped a case against Epstein in 2009. We know that Trump threw Epstein out of Mar-a-Lago for hitting on a young girl. What we don’t know is left to our imagination to reinforce our view of Trump one way or the other.

For the past six days it has been wall to wall, “Epstein is a pervert. Trump went to a few parties. Acosta, Trump’s guy, let Epstein off.”

But Epstein is most definitely an asset. The breadcrumbs are everywhere for you to find. The last thing Acosta did before resigning was letting it be known that he thought Epstein was connected to intelligence.

“Is the Epstein case going to cause a problem [for confirmation hearings]?” Acosta had been asked. Acosta had explained, breezily, apparently, that back in the day he’d had just one meeting on the Epstein case. He’d cut the non-prosecution deal with one of Epstein’s attorneys because he had “been told” to back off, that Epstein was above his pay grade. “I was told Epstein ‘belonged to intelligence’ and to leave it alone,” he told his interviewers in the Trump transition, who evidently thought that was a sufficient answer and went ahead and hired Acosta. (The Labor Department had no comment when asked about this.)

And now he resigns because of the 2009 plea deal? Something doesn’t pass the sniff test here. This is the biggest revelation of the entire week.

It’s also easily inferred from simply looking at the magnitude of the crimes committed and the final deal that was signed.

The news comes at us so fast, just like in a good action movie, that sometimes we forget to step back and ask basic plot questions, like “If this guy is that connected why are we hearing about this now at all?”

“Why did the FBI kick in the door of his home?”

“Why is this even news?”

“Who ordered the judge to unseal the records from the previous case?”

Because if this is that big a cover-up – implicating everyone from the CIA, to the State Dept. and Dyncorp to the Israeli Mossad — none of this should be in the news.

No way would these people risk exposing Epstein to this level of scrutiny if they were just trying to run a ‘nuts and sluts’ operation on Trump to impeach him.

And all of those questions, again using Occam’s Razor, lead to one answer. Donald Trump.

I think Trump started this thing and is now going to watch it play out to the end. Acosta was chum, sent out to fall on his sword and keep the story moving quickly to make it look like Trump is in cahoots with Epstein.

This first act is to go all out in attacking Trump. The intense focus on the sex-trafficking, the ‘nuts and sluts’ angle, is your key to understanding the stakes here. This is Alinsky 101, accuse your target of that which you are guilty of and make it personal. Guilt by association to put Trump on the defensive.

But to do that they also have to hand over the Clintons. And this is what I was getting at the other day. Hillary is over-extended here. Trump knows the way to take her and the rest of them down is to get to them through Epstein.

And most importantly, notice how no one in D.C. is out in front of the cameras, clutching their pearls about how horrible it all is. That silence you don’t hear is fear. Chuck Schumer, who was all over the news in December/January when it looked like Mueller was going to get Trump impeached is now nowhere to be found.

Pelosi, as I mentioned the other day, is fighting an internal battle within her party and not joining the #MeToo chorus. The outrage is simmering. And the Swamp can’t contain this by hoping to sweep this under the rug.

Notice how Epstein asked for immunity the other day. But have you heard anything about it since? No.

What did they get from Harvey Weinstein? Remember him?

There comes a point where a line is crossed, morality is truly compromised and people look at themselves and ask, “Is this the world I want to live in? Is this what we’ve been reduced to?”

Act I is the outrage and the attempt to keep the focus on the pervie side of things. Keep people focused on their disgust circuit and, hopefully, off the man behind the curtain.

But, as I said on Fault Lines, we live in a post-Dorothy Oz where the curtain was pulled back and reveals the weird little man with the levers and we realize yes, this is what we’ve been reduced to.

And that’s when the anger starts and Act II begins.