But they are not alike.  Johnson is a literate, witty product of Britain’s finest educational institutions, Eton and Oxford, who down-plays his erudition and upper class roots.  Trump is just the opposite.  But both are consummate entertainers, which is essential in today’s TV-driven politics.

Trump and Johnson are allowed political license to act outrageously and say taboo things that would get other politicians kicked out of office.  Last week, in a threat barely noticed by US media, Trump boasted to Pakistan’s leader, Imran Khan, that he could kill ten million people in Afghanistan if he really wanted to and end the 18- year old war there.  The lapdog US media barely noticed this genocidal threat by a leader whose grip on reality appears to be weakening.

Boris Johnson’s claim to fame is his ardent support of getting Britain out of the European Union – aka Brexit.

He vows to crash out of the union even without an orderly exit deal to ease the blow to Britain’s economy, which does about half of its export business with the EU.

After Brexit, most British exports to the continent will fall under new EU taxes, duties or  tariffs.  British businesses are, to no surprise, in a panic.  Chaos is expected at British ports.  Supplies of agricultural products and auto manufacturing  face chaos.  All in all, Brexit threatens to throw Britain into a gigantic muddle.  But Brits are famous for muddling through the toughest of times.  For many pro-Brexit Brits,   trade chaos  is a price worth paying to escape the EU’s rules  on free movement of people, the European Court of Justice, and the `bloody bureaucrats’ in Brussels.

Britons will never be slaves, neither to the French or the EU bureaucrats!

All very jolly.  Except that Brexit will transform Britain from a mid-level European power into a lonely, isolated appendage of the United States that takes orders from Donald Trump, a far less stable monarch than occasionally mad king George III.

Brexit will compel Britain to join a lopsided trade pact with the US that will see the further gutting of British industry and farming.  Ever weaker British military forces, still one of Europe’s more potent, will become auxiliaries to US forces in America’s endless imperial wars – rather the way  Nepal’s Gurkhas have so long served the British Crown. 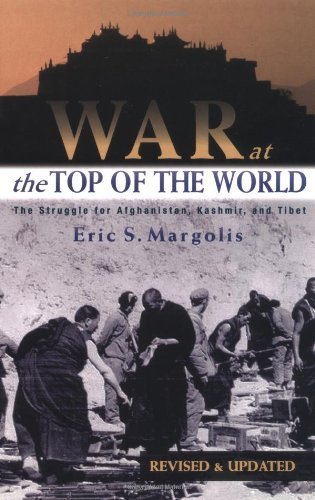 The unruly Irish are having their revenge on the Brits for centuries of exploitation and violence. No one seems to have an answer to what to do about Ireland’s ‘soft border’ with the UK or the desire of most Irish – and now add the Scotts – to remain part of the European Union.  Trump-style chanting ‘wall them off’ won’t resolve this thorny problem.  Making matters worse, the feeble Conservative hold on Parliament rests on ten Northern Irish members of parliament of the pipsqueak  Democratic Unionist Party.   If they get their Irish up, the government will fall.

If Britain really abandons the EU, the English language will begin to fade away on the continent, replaced by French and German.  Similarly, Britain struggled for three centuries to prevent the French, then the Germans, from dominating Europe.  After Brexit – which is due to happen in October – the French and Germans will finally become Europe’s paramount  powers. The EU will become a joint Franco-German condominium – unless, of course, Russia joins.  Britons will gnash their teeth. Jolly bad show, chaps!

The EU is ardently backed by Europe’s – and Britain’s – youth who bitterly oppose Brexit’s old duffers, rustics  and romantics    who believe Brittania still rules the waves.  The same type of out of touch  oldsters who back Trump in the US.  Many of these obsolescent British may be content to become members of a new US colony and take orders from the Great White Father in Washington.

But not the more modern British.  Except, of course, for  political opportunists, like Johnson and his cabinet. Now is the time for Britain’s opposition Labour Party to go into battle. It has been kept on the defensive by false charges of anti-Semitism.  Like US candidate Bernie Sanders, Labour leader Jeremy Corbyn, has been sabotaged by his own party’s big money potentates.

Previous article by Eric S. Margolis: Who Was Epstein Working for?

Having the Manhood To Be a Coward A Purview of Dust