Waiting for the Collapse: A Liberty Renaissance

In my previous article, I came to the conclusion that for libertarians to be successful in realizing their ends, they must change their method, and do so significantly. Putting trust in the political box and Congress has ultimately failed in advancing the freedom movement, and must be abandoned for good. Perhaps the best hope libertarians have is to wait for the impending collapse, and seize this as an opportunity to inject their ideas into the vacuum created by the death of the empire. 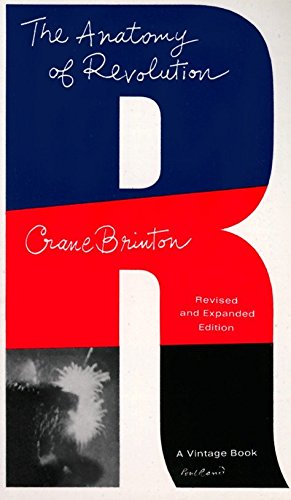 Crane Brinton’s great work, The Anatomy of Revolution, underscores the causal connection between political change and prevailing ideas. In this book, Brinton compares the development of a revolution to that of a fever. He lays down four stages: 1. Incubation; 2. Symptomatic; 3. Crisis ; 4. Convalescence. The incubation stage is that of underlying causes coming into contact with the political apparatus. The symptomatic stage is that of political struggle becoming observable and evident. The crisis stage is the breaking point, i.e., the collapse of the empire. And the convalescence stage is the recovery from the crisis.

The model does not necessarily have to be violent. It can be assessed and applied in such a way that it may be able to guide a peaceful revolution of ideas. We are well past the first stage, and are in stage two. The problems associated with the leviathan state are very much evident now. The breaking point will be the collapse, but for libertarian ends to be properly realized, libertarian ideas must become more widespread first. The prevailing attitude of the public will ultimately determine what will happen following the crisis stage.

The 1917 Russian Revolution and the 1910 Mexican Revolution well exemplify the prevailing passions of the public determining the course of political society. It was the prevailing attitudes of the Russian public which lead to the crises of the February and October Revolutions. As Lew Rockwell explains: “The Russian war itself was funded through money creation… the inflation affected every last person and inspired massive unrest that led to the triumph of Communism.”.

Ron Paul delivered some good remarks in regards to future libertarian prospects at the September 2018 Mises Supporters Summit. “I just don’t think that the answer is in Congress and voting”, asserted Paul. “I don’t believe we’re gonna have, all of a sudden, an influx of libertarian minded people”. “I think there’s gonna be a collapse. I don’t think we’re gonna transition out of this”. “It all depends on the education and changing people’s minds”.

And there lies the second part of the solution. To wait for the collapse and expect change all of a sudden would be naively foolish. The second part, the education aspect, is integral. For if the prevailing attitude of the public is not changed, no political change can be expected. This is why organizations like the Mises Institute which focus on education rather than public policy are very important to the success of the libertarian movement. The prevailing attitude must become one of free markets and voluntarism before the coming crisis. And as of now, it is beginning to lean towards socialism and economic interventionism. This is why libertarians must walk away from the political box for good and focus on education. They must shed light on the injustices of the leviathan state and the destruction the Federal Reserve is inflicting. They must underscore the lack of economic calculation under socialism as exposed by Mises. They must underscore the causal link between empire and socialism at home.

At the September Mises Summit, I had the honor to meet Louis Carabini, founder of Monex Precious Metals. Carabini released his new book Liberty, Dicta, and Force very recently. It is indeed a masterpiece. A truly “red pilling book”, so to speak, it connects the libertarian conscience to our daily acts of volition and voluntarism, and to the workings of the human mind. What the book fundamentally asserts is that it is foolish to have faith in the political process. All politics does is turn us against each other when in our everyday lives, we get along fine. When government is factored into the equation, using force against each other is justified. In our personal lives, we would never justify using force against our neighbors, even if it were for benevolent causes.

It is perhaps the abandonment of the political process that will end, or at least significantly relieve the “thick-thin” libertarian debate. Personal views will simply be personal views, not horizons for political change. Libertarians will be able to unite under the banner of voluntarism, and leave personal beliefs to themselves.

Only when the prevailing attitude of the public yearns for liberty and when libertarians abandon the political box will there be hope for the liberty movement.