DUBAI (Reuters) – Iran’s elite Revolutionary Guards have shot down a U.S. “spy” drone in the southern province of Hormozgan, which is on the Gulf, the Guards’ news website Sepah News said on Thursday.State news agency IRNA carried the same report, identifying the drone as an RQ-4 Global Hawk.

“It was shot down when it entered Iran’s airspace near the Kouhmobarak district in the south,” the Guards’ website added. 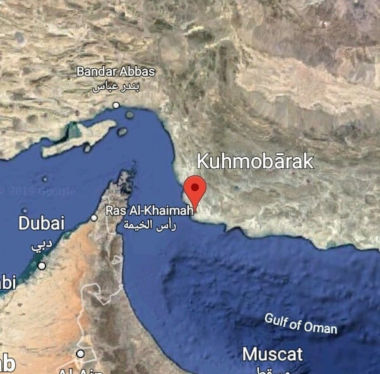 A later statement by the IRGC detailed the incident:

The American UAV took off from an US base in the south of the Persian Gulf at 00:14 am today morning and contrary to aviation laws, it shut off all of its introduction equipment and proceeded from the Strait of Hormuz to Chabahar with complete secrecy.The unmanned aircraft while returning to the west of the region towards the Strait of Hormuz, violated the territorial integrity of the Islamic Republic of Iran, and start collecting information and spying.

At 4:55 am, when the aggressive UAV entered our country’s territory, it was targeted by the IRGC air force and was shot down.

The U.S. says that the drone was a MQ-4C Triton, the navy variant of the Global Hawk type that is specialized on Broad Area Maritime Surveillance (BAMS). It claims that the drone was in international airspace when Iran’s Revolutionary Guard shot it down.

(Interestingly no MQ-4C is supposed to be in the Middle East. The deployment must have been secret. Update: This specific drone seems to have arrived in Qatar only five days ago. Additional details are discussed here. /update) 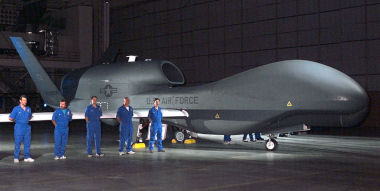 The incident is another piece of evidence that Trump’s “maximum pressure” campaign against Iran now works against him.

Trump allegedly told his staff to stop talking up war on Iran:

Trump does not want to open a military conflict with Iran. But he is already waging a brutal economic war against Iran and the country is pushing back. Trump wants negotiations with Iran without first lifting his sanctions against it. Iran rejects that.

It does no longer matter what Trump wants. Iran has achieved escalation dominance. It can cause a myriad of incidents that force Trump to react. He can either launch a hot war and thereby risk his reelection bid, or he can cut back on the sanctions that hurt the Iranian people. If he does not do either, more pinpricks will follow and will over time become more costly.

Abas Aslani @AbasAslani – 7:29 UTC · 20 Jun 2019#Iran’s #IRGC commander Salami: Shooting down the US drone had a clear & strong message i.e. we’ll react strongly against any assault to the country. Borders are our red line. We are not after a war with any country, but we are ready for war. Message of today’s incident was clear.

The loss of the Global Hawk drone is significant. These huge birds, with a wingspan larger than a Boeing 737, are considered strategic assets. They were build as replacements for the infamous U-2 spy planes. They carry highly classified sensors and cost more than $120 million a piece. 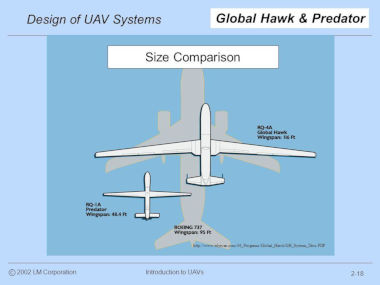 This loss can certainly be attributed to Iran. But to blame Iran for it the U.S. will have to prove that its drone did not enter Iranian air space. Only two days ago the Federal Aviation Authority issued a warning for aircraft flying in the area.

In January [2011], Iran said it had shot down two conventional (nonstealth) drones, and in July, Iran showed Russian experts several US drones – including one that had been watching over the underground uranium enrichment facility at Fordo, near the holy city of Qom.
…
Secretary of Defense Leon Panetta told Fox News on Dec. 13 that the US will “absolutely” continue the drone campaign over Iran, looking for evidence of any nuclear weapons work. But the stakes are higher for such surveillance, now that Iran can apparently disrupt the work of US drones.

The Persian cats are by now well trained in anti-drone measures.

How will Trump react to this incident? President John Bolton will demand military action against Iran as revenge for the shoot down. He will surely also press for sending more troops to the Middle East.

Trump may again play down the incident, like he recently did with the tanker attack which he called “very minor”. But the war hawks in the media and Congress, and Iran, will put more pressure on him. More incidents would surely follow.

Trump has a way out. He could issue sanction waivers to allow China, Japan, South Korea, India and others to again import Iranian oil. It would take the “maximum” out of his now failed “maximum pressure” campaign and could be a way to move towards negotiations.

A Winnable Nuclear War?The War Party Is at It Again