Ancient Greece is credited as raising the societal structure to new heights. Whenever this period is referred to, philosophers and historians are quick to mention that the ancient Greeks gave the world Democracy.

Yet, Socrates, who is regarded as having been a rather thoughtful fellow, eyed democracy with deep suspicion. He was right to do so.

Socrates argued to Adeimantus that voting in an election is a skill – one that must be developed. It was not an inherent intuition that all people possessed from birth.

As such, he felt that only those who had taken the time to hone this particular skill should be allowed to vote.

Perhaps coincidentally, he was put on trial in 399 BC for corrupting the youth of Athens with his philosophies. A jury of five hundred Athenians decided by a narrow margin that he was guilty. He was put to death by the hoi polloi of his day for having and disseminating ideas.

And so, the politicians of the day rid themselves of a troublemaker – an individual who had the cheek to question the leaders of the day and how they came to be chosen.

Beginning in 1762, a young Thomas Jefferson sat in the study of the older and wiser George Wythe for three years, the equivalent of a master’s degree, after he had graduated from the College of William & Mary in Williamsburg, Virginia.

One of the topics extensively discussed was the failings of the concept of democracy.

On the surface, it sounded good: People had a choice to pick who would lead them. But should everyone get in on the vote? At that time, of course, the vote was restricted to men only and, at that, only those who were Caucasian and owned land.

As such, Mr. Jefferson became not only eligible to vote at age fifteen, but eligible to become a candidate for the House of Burgesses.

Well, this is all entertaining history and it’s perhaps quaint to consider the standards of the late eighteenth century (and, indeed, Socrates’ time) as regards democracy. But of what value is it today?

After all, most all of us agree today that women should most assuredly be allowed to not only vote, but hold the highest public office. Any man who thinks otherwise would find himself without many female friends and very possibly, without a mate.

Also, we’d find it odd indeed that one would need to be of the landed gentry to qualify as a voter.

So, how did a relatively evolved society of eighteenth century Williamsburg justify its voting restrictions?

Well, it was assumed that no one should be able to vote for candidates if they owned no land, since that candidate, if elected, would have the power to pass laws that affected landowners. Surely, if he were able to do so, he might pander to his electorate and seize the property of landowners or otherwise redistribute wealth.

Additionally, when a woman married, any property she owned would pass to her husband, thus making her similarly unqualified to vote.

Mr. Jefferson learned from his mentor, Mr. Wythe, the importance of education if an individual were to qualify to vote. Surely a country bumpkin who was illiterate had not the knowledge to understand which candidate was qualified to create legislation.

And so, Mr. Jefferson was inclined to agree with Socrates that the very concept of democracy was flawed. As he commented often,

“A democracy is nothing more than mob rule, where fifty-one percent of the people may take away the rights of the other forty-nine.” 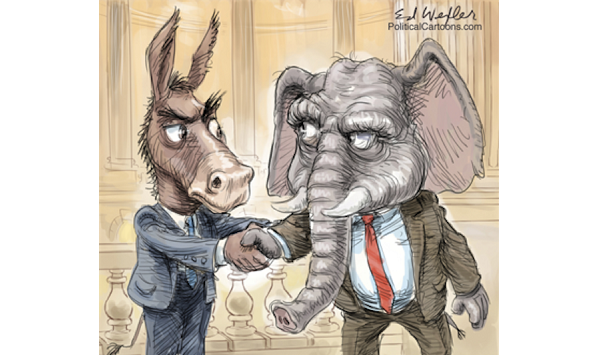 The question, for millennia, has therefore been what should qualify a person to be allowed to vote for his representatives. The reader may well agree that, today, as women take an equal place in society and have equal opportunity for education, they qualify as much as their male counterparts. And certainly the same is true regarding race.

Also, today, social elevation does not require land ownership. An individual is more likely to prosper because he possesses a laptop than if he possesses an acre of land.

But what of the now-forgotten argument that only those who had taken the time to hone this particular skill should be allowed to vote?

If an individual, regardless of gender or race, has not pursued enough education to understand the gravity of legislation and its effects upon a nation, should he be allowed to vote?

Well, even today, restrictions remain, but as we’ve seen, there’s a different set of restrictions.

To vote in the US, an individual must now be a US citizen. He must also be eighteen years of age (presumably, he must have the maturity that comes with secondary education). And he is prohibited from voting if he’s in prison.

Clearly, these restrictions are intended to rule out those who, in the modern world, are less than qualified to select a suitable candidate for public office.

It’s safe to say that the bar has been lowered considerably since the late eighteenth century. But the US is on the cusp of lowering that bar considerably further. This promises to also lower both the standard of living and the quality of life.

The US is in the early stages of a cultural and political revolution. One faction seeks to retain a conservative US, while the other seeks dramatic change in favour of those whom both Messrs. Socrates and Jefferson would have regarded as “unqualified to vote.”

A major push is under way to lower the voting age, allow those in prison to vote and allow non-citizens to vote. The objective is to end conservatism forever, in favour of a more collectivist society.

There can be no question that, if this effort succeeds, the addition of millions of less-qualified voters would forever change the type of candidates who would be successful. Mr. Jefferson’s warning would be fulfilled – there would be mob rule, where fifty-one percent of the people would have the right to take away the rights of the other forty-nine.

This imbalance would guarantee the worst possible leadership, courtesy of the blessing of the new majority. It’s entirely likely that two major parties would continue to exist, but they would both be collectivist.

In such a system, virtually everyone could vote, but there would be little point in showing up to do so.

The Omnipresent Surveillance StateThe University System Is the Progressives’ Seminary