The European Union, in the Moment and in the Long Run

The citizens of the European Union, who are supposed to elect their parliament on 25 and 26 May, are getting ready to make the wrong choice. By concentrating on their immediate problems, they are hesitating between several different priorities. But on the contrary, if they were to analyse their history over a long period, they would discover the origins of their social, economic and political problems, and without any doubt, would decide differently.

Washington and London then turned against Moscow, which had only recently been their ally. They were planning to create a common Anglo-Saxon nationality, and decided to include Western Europe in this group by creating the « United States of Europe », under their control.

It was important for them to stabilise the part of Western Europe that they occupied, faced with the Soviets in Eastern Europe. They enjoyed the support of the bourgeoisies, in particular those who had collaborated with the Nazi Axis, and who were now frightened by the new legitimacy of the Communist parties, the main victorious forces alongside the Soviet Union.

They based their work on the dream of a French senior civil servant, Louis Loucheur , to join the management of coal and steel necessary for the German and French armament industries in such a way as to prevent them from ever making war on one another again [3]. This idea was the ECSC (European Coal and Steel Community), the ancestor of the European Union.

In the context of the Korean War, North against South, Washington decided to rearm West Germany against East Germany. The Western European Union (WEU) was created in order for the developing United States of Europe to manage a common army under Anglo-Saxon control, but which would not attempt to transform itself into an independent force. The WEU would be responsible for foreign policy and common defence.

Relations between London and Washington became strained during the Suez crisis in 1956. The United States, who were proud to be counted among the liberators from Nazi rule, were unable to accept the way in which London managed its ex-colonial empire. They moved closer to Moscow in order to sanction the United Kingdom.

There was no longer any question of creating a common Anglo-Saxon nationality, and London’s influence in the world slid inexorably into the arms of Washington. The United Kingdom therefore decided to join with the developing United States of Europe.

Charles De Gaulle was against this. It was in fact foreseeable that the reconciliation between London and Washington would only come about by depriving the developing United States of Europe of all political power, and founding them in a transatlantic free-trade zone. Western Europe would thus be castrated and would become a vassal of Washington, set against « the Russians » [4].

Since De Gaulle was not eternal, the United Kingdom finally joined the anti-Russian United States of Europe in 1973. As predicted, it transformed the European Community into a free-exchange zone by the Single European Act (SEA), and opened the way for transatlantic negotiations.

This was the time of the « Four Freedoms » (by analogy with Roosevelt’s speech in 1941) – the free circulation of property, services, people and capital. Interior Customs regulations were progressively repealed. Imperceptibly, the Anglo-Saxons imposed their model of a multi-cultural society which had earlier been thought to be incompatible with European culture.

It was only when the USSR was dissolved in 1991 that the 1947 project was finally implemented. Washington decided to transform the organisation in Brussels into a supra-national structure and introduce the nations of the Warsaw Pact, placing this anti-Russian « European Union » under the protection of NATO, and forbidding it any political role.

It was the US Secretary of State, James Baker, and not the Europeans, who announced the opening to the East and the Treaty of Maastricht. The structure in Brussels was metamorphosed – the 15 nations of the Western post-World War block extended to 13 post-Warsaw Pact countries, the WEU was dissolved, and a senior civil servant was named to handle foreign policy and common defence, still under Anglo-Saxon control, which was locked into place by the Treaty of Maastricht. Finally, a European nationality was created.

At that point , Washington considered gaining London’s adherence to the North American Free Trade Agreement (NAFTA) [5] and creating an Anglo-Saxon nationality, as had been planned in 1947. This is the project which caused the United Kingdom to want to leave the European Union, and that Theresa May came to the USA to defend, in vain, in the troubled United States which had just elected Donald Trump.

The Brexit, if it should occur, would change nothing of the dependency of the Union, which is carved in stone by the various Treaties. Things would simply return to what had been planned in 1947, at the time of Churchill, who encouraged the creation of a United States of Europe without the United Kingdom [6].

This is why, in 2007, Vladimir Putin came to the European Union to give his resounding speech in Munich [7]. He reminded the Europeans that their economic and political interests, as well as their ethical demands, were with Moscow, and not with Washington. Everyone listened to him, but no-one claimed their independence.

The European Union managed for decades to guarantee economic prosperity, but failed to do so after the dissolution of the USSR. Today, it is dragging behind – since 2009, (in other words, after the world financial crisis of 2008), the United States recorded growth of +34%, India +96%, China +139%, while the European Union has decreased by -2%.

The EU has never been able to help the poor to free themselves. At best, they are able to consider allowances to prevent the needy from starving to death.

Finally, and above all, the European Union has never fought for peace, but only for its Anglo-Saxon masters. It has supported all US wars [8], including the war against Iraq, which France and Chancellor Schröder had nonetheless denounced. In cowardly fashion, it abandoned its members to their fate – its own territory is occupied in the North-East of Cyprus by the Turkish army, a member of NATO, without raising the slightest protestation.

On 25 and 26 May, the anti-Russian European Union will elect its Parliament, without anyone knowing how long the British will be occupying their seats.

The people are slow to react – if, during the Cold War, it was legitimate to prefer one side rather than another, for some to choose to serve the Anglo-Saxons rather than a Georgian [9], it is absurd today to continue to obey them in order to protect against a non-existent « Russian threat ».

After three quarters of a century of subjugation, the political parties opposed to the European Treaties are hesitating to define their priorities – should they first of all claim their independence from the Anglo-Saxons or defend their culture from that of the Arabo-Turks? In truth, the second problem proceeds from the first, and not the other way round. 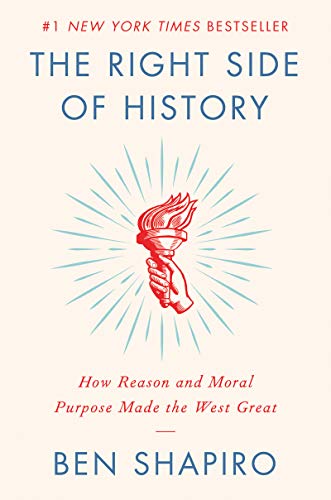 It is not a question of imagining a pseudo-superiority of one culture over another, nor even to talk about religion, but to recognise the impossibility of co-existing in the same society with two different forms of social organisation. To make it simple, you can not abstain from work both on Sunday and on Friday.

It is due to their dependency that the Europeans imagined a multi-cultural society. But this does not work in their own homeland. And it is only when they are independent that they will be able to save European culture.

[4] De Gaulle considered the Capitalist/Communist opposition to be secondary in terms of the geopolitics of the Anglo-Saxons/Russia conflict. He avoided speaking of the USSR.

[5] The Impact on the U.S. Economy of Including the United Kingdom in a Free Trade Arrangement With the United States, Canada, and Mexico, United States International Trade Commission, 2000.

[7] “The unipolar governance is illegal and immoral”, by Vladimir Putin, Voltaire Network, 11 February 2007.

[8] “The European Union is obliged to participate in US wars”, by Thierry Meyssan, Translation Pete Kimberley, Voltaire Network, 23 April 2019.

[9] Joseph Stalin was not Russian, but Georgian. (Author’s note).

Previous article by Thierry Meyssan: The Restoration of Notre-Dame

No EnigmaDoes Trump Have Control of His Government?