The Hunt for the Great White Male

Jared Diamond, who became a famous public intellectual when his 1997 best-seller Guns, Germs, and Steel was widely proclaimed to have refuted The Bell Curve by arguing that the variation in achievement among races today is a cultural side effect of ancient differences in agricultural potential among the continents, is now under fire for himself being white.

The Boston-born Diamond, who wears his beard in that peculiar Amish look of Captain Ahab in Moby-Dick (Harvard political scientist Robert D. Putnam, whom Diamond cites admiringly, is another Ahab-bearded academic), is now himself the subject of the ongoing hunt for the Great White Male. 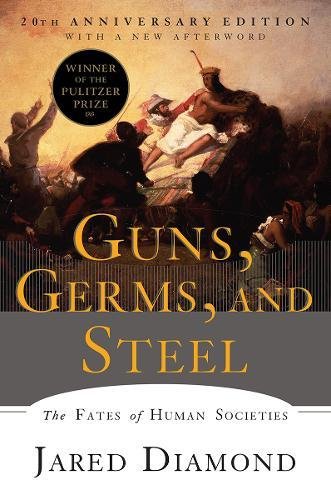 In a New York Times review of Diamond’s latest tome, Upheaval: Turning Points for Nations in Crisis, critic Anand Giridharadas angrily denounces Diamond’s lack of diversity. The South Asian reviewer implies that Diamond is part of a back-scratching coterie with Steven Pinker and Yuval Noah Harari, who, by blurbing each other’s airport bookstore best-sellers, conspire to keep “women and people of color” from getting “an opening to publish a book with a serious publisher.”

I began to wonder why we give some people, and only some, the platform, and burden, to theorize about everything.

The “some people” who arouse Giridharadas’ ire are Jewish moderates (Upheaval is one of the few books published in 2019 that doesn’t include a ritual denunciation of Donald Trump) of a scientific and Darwinian bent.

Diamond has been a polymath professor at UCLA since 1968. He started off in physiology, in the footsteps of his father, Louis Diamond, a medical researcher who discovered a number of hereditary blood disorders. Diamond’s dad, “the father of pediatric hematology,” was a great man. His New York Times obituary said a transfusion technique he invented in 1946 “is credited with saving the lives of hundreds of thousands of babies.”

Sanctions Are a BitchUS Accuses Syria of More Chemical Attacks