And still the establishment is in denial. Even following the stellar performance of a brand new party in the Euro elections, still the political establishment and its cheerleaders on social media are in a state of blinkered, fingers-in-ears denial about political feeling in the UK. How bad is their denial? Get this: the Brexit Party, barely six weeks old, soared to victory in the EU elections, decimated the Tories, conquered historic Labour-held territories like Bolsover and Hartlepool, and became the largest party in the entire European Parliament, and yet the No1 political trend on Twitter is… #RemainSurge.

Yes, these people, these inhabitants of the Brexitphobic echo chamber, have convinced themselves that this electoral revolt in which the Brexit Party steamrollered all the other parties is actually a victory for them. This takes self-delusion to giddy new heights.

‘This is a really strong night for Remain’, said Caroline Lucas, like a real-life version of that meme showing a dog saying ‘This is fine’ as his house burns down. ‘Tonight the Brexit Party wasn’t supported by around two-thirds of voters’, said Hilary Benn, perversely ignoring the millions of people who did vote for the Brexit Party, who vastly outnumber those who voted for his Labour Party. Alastair Campbell interpreted the election results as a mandate for a second referendum, which is almost as mad as saying Saddam Hussein had weapons of mass destruction that could be deployed within 45 minutes. 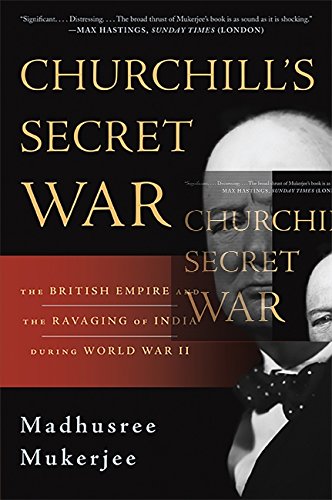 In the face of this colossal culture of denial among the political and media elites, let’s reiterate some basic facts. The Brexit Party battered Labour and the Tories. It won more than five million votes. It won 31.6 per cent of the vote, which is 8.4 per cent more than the Tories and Labour combined: the Tories got 9.1 per cent (fifth place) and Labour got 14.1 per cent (third place). The Brexit Party got 28 seats, making it the largest party in the European Parliament. It won in every single region in England apart from London, speaking profoundly to the massive political and moral divide separating the capital – the heart of the political establishment – from the rest of England. It also did spectacularly well in Wales, topping the poll and winning in 19 out of 22 council areas.

And yet myths are already taking hold, being feverishly promoted by pro-EU figures. The first is that the Brexit Party is ‘just’ – why just? – picking up the old UKIP vote and therefore its victory isn’t all that significant. Actually, the Brexit Party has got almost 32 per cent of the vote share, which is five percentage points higher than UKIP got at its high point in the Euro elections of 2014. The other myths – that the Brexit Party is only successful because it is a shadily funded, demagogic outfit, whose new MEPs probably have Russian roubles stuffed in their pockets – is the usual conspiratorial and anti-democratic rubbish we’ve come to expect from the rattled defenders of the status quo.

As for the ‘Remain surge’ idea. Get real. The two parties that are most explicitly anti-Brexit and have expressed their searingly anti-democratic intention to overthrow the mass vote of 2016 – the Lib Dems and the Greens – won a combined vote of 29.7 per cent. That’s two per cent less than the Brexit Party got. The most poisonously elitist anti-Brexit Party – Change UK – disappeared without a trace, winning 2.8 per cent of the vote. Remember how much Change UK was talked up by the liberal media? At one point the chattering classes really did see this party as the saviour of Britain from the horrors of Brexit and yet it won a pathetic, paltry level of electoral support – 600,000 votes to the Brexit Party’s five million.