The campaign is on for Syrian national forces to retake the last-remaining redoubt of militants in northwest Idlib. That might explain why the New York Times was prompted to publish a 5,000-word article based on flimsy anti-Syrian propaganda.

It is the Damascus government’s sovereign right to recover all of its national territory, yet Western media are again trying to spin another “Aleppo-style” onslaught to discredit the Syrian army from its ultimate task.

This week Russia blocked a discussion at the UN Security Council on the grounds that Western powers were traducing the Idlib military operations as a criminal violation against innocent-sounding “rebels”. Most of the militants holding out in Idlib province are foreign-backed mercenaries affiliated with internationally proscribed jihadist terror groups, such as Nusra Front or ISIS (Daesh in Arabic).

At this critical juncture along comes a suspicious New York Times’ article published on May 11, headlined: ‘Inside Syria’s Secret Torture Prisons: How Assad Crushed Dissent’. 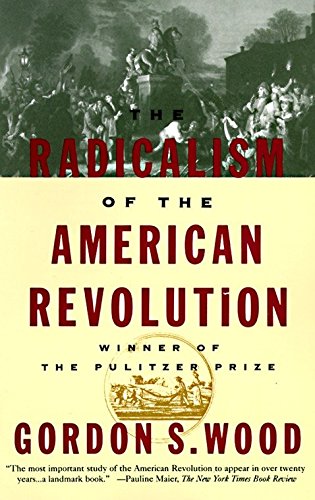 To be sure, the article is a re-run of a tired old story dating from 2014 when several Western media outlets had back then published sensational claims alleging a barbaric prison, torture and execution system overseen by President Bashar al-Assad.

Strangely, the NY Times seems to be only Western media outlet still pushing the story with its recent update, while other outlets have left it behind. The anomaly could be because the original “torture story” has since been convincingly debunked by several independent researchers. The main source for Western media claims was a mysterious, alleged Syrian military police defector nicknamed “Caesar”. He was supposed to be a photographer working for Syrian military police who smuggled out tens of thousands images purporting to show how detainees were tortured, starved and beaten to death, among other horrors.

The trouble is that “Caesar’s” identify has never been verified, even though he has appeared incognito in front of the US Congress to testify against the Syrian government. It has also been demonstrated that many of the photos he allegedly smuggled out of Syria are either fake, or actually illustrate the opposite of what he and Western media were claiming: namely, that at least half of the victims were members of the Syrian state security forces or victims of war.

Researchers like Rick Sterling, Tim Hayward, Adam Larson and Tim Anderson, have concluded that the so-called “Caesar photos” are unreliable, if not, more sinisterly, a compilation of Western/Qatari intelligence agitprop.

The NY Times, however, persists in referencing the Caesar images as bona fide to form the basis for its latest article. It also cites supposed testimony from former detainees who had allegedly been held in Syrian government-run jails, primarily Saydnaya prison near Damascus. The Times also published what it claims are internal government memos acknowledging repressive practices. How do we know the memos are not forgeries?

Again, the trouble is that the so-called evidence is unverifiable and based on uncorroborated claims made by political opponents of the Assad government.

Paul Larudee, who chairs the Syria Solidarity Movement based in California, says that the NY Times’ article is aimed at smearing the Syrian government and justifying further aggression against the Arab country.

He said: “The Caesar photos and Saydnaya prison information is old news that has previously been shown to be at minimum not credible and at worst totally false. Much of the cited evidence is based on flimsy, politically biased and uncorroborated testimony.”

Larudee goes further to contend that the aim is to justify more US military intervention in Syria or at least reversing President Trump’s declared policy to withdraw the 2,000 American troops from Syria.

“The New York Times’ piece is clearly timed to build public support for further US military intervention in Syria, as the Syrian Arab Army begins its slow recovery of the remaining territory that is legally Syria’s but is still under the control of foreign and foreign-paid mercenary forces.”

That strategic US military agenda may be plausible. In any case, there appears to be other political motives behind the Times’ attempt at smearing.

The paper editorializes: “As Syria’s president, Bashar al-Assad, closes in on victory over an eight-year revolt [sic], a secret industrial-scale system of arbitrary arrest and torture prisons have proven pivotal to his success. While the Syrian military, backed by Russia and Iran, fought armed rebels for territory, the government waged a ruthless war on civilians, throwing hundreds of thousands into filthy dungeons where thousands were tortured and killed.”

Note how the Times is attributing the Syrian state’s victory to the use of torture and repression, rather than to the courage and tenacity of the Syrian Arab Army to roll back a foreign-backed mercenary army. That amounts to a cheap shot at smearing the victors, including allies Russia and Iran.

Another swipe from the Times: “Now, even as the war winds down, the world’s attention fades and countries start to normalize relations with Syria, the pace of new arrests, torture and execution is increasing.”

Based on uncorroborated claims of “increasing torture and execution”, the US “paper of record” appears to be trying to ensure Syria remains a pariah state beyond the pale of redemption for normalized relations with the rest of the world. Such an outcast status would augment US and other NATO governments’ agenda of refusing to allow international reconstruction aid for war-torn Syria.

Still another scurrilous swipe from the Times: “Kidnappings and killings by the Islamic State [ISIS or Daesh] captured more attention in the West, but the Syrian prison system has vacuumed up many more times the number of people detained by ISIS in Syria.”

So, here we have the NY Times attempting to criminalize the Syrian state forces as somehow worse than the jihadist head-choppers who had been infiltrated into Syria by the American CIA and other NATO military intelligence to run amok in that country for Western-backed regime change.

That criminal war for regime change was defeated by the heroic resilience of the Syrian people, their political leadership and national army, along with the principled military support of Russia, Iran and Lebanon’s Hezbollah. Western media like the NY Times long sought to obscure or justify the US-backed criminal war with outright lies, such as describing the conflict as a “pro-democracy revolt”.

Even in ignominious defeat, the NY Times just can’t help trying one more time to smear Syria from its grave of journalism.

The views and opinions expressed in this article are solely those of the author and do no necessarily reflect those of Sputnik.

If Trump Goes to War With IranCalifornia’s Government Solely Responsible