The RMS Titanic was notoriously marketed as “unsinkable” because it featured sixteen internal watertight compartments. If its hull sprang a leak at any one spot, doors would automatically shut and contain the water. If no more than two, or in some cases four, compartments flooded, the Titanic would stay afloat.

Unfortunately, by sideswiping an iceberg, the Titanic compromised its hull, perhaps in part due to poor-quality rivets. The long gashes and separation of the plates exposed a fatal five compartments to the sea. Moreover, the internal bulkheads didn’t extend all the way up to the deck and therefore weren’t as watertight as advertised, allowing water to slosh throughout. The Titanic therefore sank rapidly, before help could arrive.

But that doesn’t mean separate compartments within the hull were a bad idea. They remain a shipbuilding standard today.

Thinking about the fundamental trade-offs of ship architecture offers an unsettling insight into the design dangers in both the European Union and United States of America. 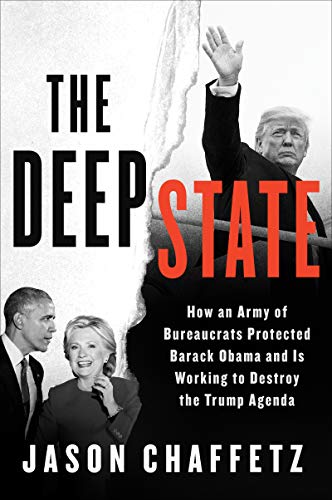 The Deep State: How an... Jason Chaffetz Check Amazon for Pricing.

These two ships of state lack watertight internal compartments, which increases the need for strong external borders to prevent flooding from abroad. In a century in which would-be migrants from the Global South will increase vastly in number, we need to draw analogies from the maritime disasters of the past to have a chance of avoiding a similar fate.

The Titanic was hardly the first ship to feature internal barriers. The concept of compartmentalization, the nautical version of not putting all your eggs in one basket, was invented by Han dynasty Chinese shipwrights nearly 2,000 years ago. Designers would compensate for a potentially fatal weakness in the external hull by restricting the mobility of water within the ship.

A different way to cut down on disasters at sea is to lessen the chance of an external leak by adding a second bottom or an entire second hull. In the wake of the 1989 Exxon Valdez oil spill in Alaska, Congress mandated that oil tankers have double hulls. The last old single-hulled tankers were phased out in 2015.

Just as at sea, the less protection from immigration leaks that the E.U. or the U.S. has from internal borders, the more we need stronger security around the continent.

Of course, not all U.S. and E.U. elites see swamping by illegal immigrants as a problem.

How to allocate political decision-making within such large entities as the U.S. has always been a difficult question.

As a vast continental-scale polity, the United States reserves a fair amount of control to states, and states cede much control to localities.

The U.S. was briefly a loose confederation, but the 1787 Constitutional Convention devised a more centralized federal system. Of course, the Constitution still reserved a significant amount of power to the states. The Tenth Amendment, added in the 1789 Bill of Rights, declares:

The powers not delegated to the United States by the Constitution, nor prohibited by it to the states, are reserved to the states respectively, or to the people.

Over time, those with the whip hand in Washington at the moment pushed against states’ rights in the name of federal dominion. For example, the slave states generally ran Washington before the Civil War, so they increasingly used the federal government to force the states opposed to slavery to help them maintain their peculiar institution, shoving through anti-states’-rights impositions such as the Fugitive Slave Act and the Dred Scott decision.