In a significant way, “Mayor Pete” Buttigieg is the embodiment of his father Joseph — and, by extension, Antonio Gramsci.

Buttigieg Senior was a professor of critical theory and the relationship between culture and politics at Notre Dame University from 1980 until his retirement in 2017.  (The man, a smoker who wouldn’t quit, died of lung cancer in 2019.)  Academically, Joseph Buttigieg spent his entire professional life editing the journals of Antonio Gramsci.  According to a N.D. alumni newsletter, Professor Buttigieg’s work on Gramsci has been spread far and wide, with his work having been translated into German, Spanish, Italian, Portuguese and Japanese. 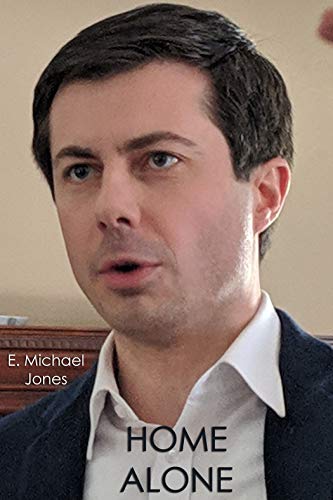 Gramsci needs no introduction.  He was a Marxist philosopher and sometime politician.  He’s noteworthy for redirecting the Marxist subversion of societies from the economy to instead focus on culture.  Gramsci’s premise was that if the Marxists could rot out the culture, society would fall into their laps.  In this regard, Gramsci’s idea has been tremendously successful.  It unleashed the kulturkampf (culture war) against traditionalism, the family, love of country, and most of all, religion.  Their weapons are insidious ideas like multiculturalism, social justice, and identity politics.

In America, the basic aim of the cultural Marxists was (and still is) to replace Christianity as the nation’s bedrock with the new secular religion of the progressives.

According to E. Michael Jones in his book Home Alone; A Neighbor’s Thoughts on Pete Buttigieg:

Buttigieg père was no scholar, but he was a world class academic schemer; his implementation of Gramsci’s theory of cultural subversion at Notre Dame won him an endowed chair in spite of the fact that his only book in the Notre Dame library is a warmed over doctorial dissertation on James Joyce which was full of modernistic clichés he would later ridicule after his conversion to post-modernism, whose main apostle was Michel Foucault.

Your Bank Might Lock You OutEstablishment Narrative Managers Struggle