Talk about a graphic display of soft power: Beijing this week hosted the Conference on Dialogue of Asian Civilizations.

Organized under the direct supervision of President Xi Jinping it  took place amid an “Asian Culture Carnival.”  Sure, there were dubious, kitschy and syrupy overtones, but what really mattered was what Xi himself had to say to China and all of Asia.

In his keynote speech, the Chinese leader essentially stressed that one civilization forcing itself upon another is “foolish” and “disastrous.” In Xi’s concept of a dialogue of civilizations, he referred to the New Silk Roads, or Belt and Road Initiative (BRI), as programs that “have expanded the channels for communication exchanges.” 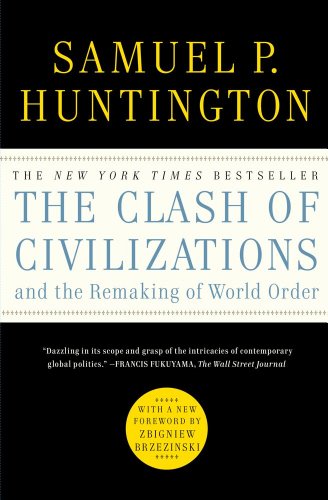 West vs East and South

Compare and contrast Xi’s comments with what happened at a security forum in Washington just over two weeks earlier. Then, a bureaucrat by the name of Kiron Skinner, the State Department’s policy planning director, characterized US-China rivalry as a “clash of civilizations,” and “a fight with a really different civilization and ideology the US hasn’t had before.”

Divide and rule, spiced with racism, accounts for the toxic mix that has been embedded in the hegemonic US  narrative for decades now. The mix harks back to Samuel Huntington’s The Clash of Civilizations and the Remaking of World Order, published in 1996.

Huntington’s pseudo-theory, coming from someone who did not know much about the multi-polar complexity of Asia, not to mention African and South American cultures, was mercilessly debunked across vast swathes of the global South.  In fact, Huntington did not even come up with the original, flawed concept. That was the work of Anglo-American historian and commentator Bernard Lewis, who passes for a Middle East guru in the US.

The Day of the NationalistsTrump Discusses the Military-Industrial Complex