The Frontlines in the War on Cash

Let’s face it, many forces are pushing for the abolition of – or at least serious restrictions on – cash.

Many businesses hate cash, because cash transactions take longer to process, and large quantities of cash pose a security risk. If you travel by air, you’ve experienced this first-hand. “Cashless cabins” are the rule for most airlines. You must purchase every glass of wine, cheese dip, or package of mixed nuts with a credit or debit card.

In Atlanta, you can’t even buy a hot dog at a pro football or soccer game with cash. In March, the operators of Mercedes-Benz Stadium, home of the Atlanta Falcons and Atlanta United, announced it would no longer accept cash at food and beverage concession stands.

Credit card companies hate cash too. And for obvious reasons – they get a cut of every purchase through the fees they charge businesses. So it’s no surprise that in 2017, Visa announced its “Cashless Challenge” and gave $10,000 to 50 small businesses that stopped accepting cash payments.

Big brother hates cash, too. For decades, governments around the globe have engaged in a War on Cash. The original justification for this war was to fight racketeering. The War on Cash then morphed into the War on Drugs, the War on Money Laundering, and subsequently, the War on Terror.

Numerous countries have placed severe limits on how much cash you can spend at one time.

Spain and France have banned cash transactions over €1,000. If you want to spend more than that, you must use a debit card, credit card, a non-transferrable check, or pay by bank transfer. In Italy, where the cash limit is €3,000, violations are punished by confiscation of up to 40% of the amount paid. In Spain, you lose “only” 25% of your cash if you violate the rules. Similar restrictions are in place in most EU countries. Later this year, Australia will ban cash transactions larger than AU$10,000 (about US$7,500).

The most ambitious effort to restrict the use of cash, though, has been by in India. In 2016, the national government made 86% of the country’s cash worthless with the stroke of a pen by withdrawing all 500- and 1000-rupee notes from circulation.

The transition was anything but smooth. Tens of millions of Indian citizens without bank accounts found themselves unable to pay for daily necessities. Dozens of them died.

At the same time, it’s getting harder to get access to cash. In Sweden, hundreds of ATMs have been removed, forcing individuals who need cash to drive for miles to find one.

Some economists want to abolish cash. Harvard Professor Kenneth Rogoff argues that we need to rid the world of cash so the world’s central banks can more easily “go negative” (i.e. impose negative interest rates on savers). This initiative, he argues, would go a long way toward propping up the global economy in the event of a serious recession.

And Citigroup Chief Economist Willem Buiter made headlines in 2015 when he proposed abolishing cash to allow banks to impose negative interest rates. He suggested imposing negative annual interest rates as low as -6% in financial crises, to force banks to lend and consumers to spend.

And don’t forget that the “bail-in” model applies to bank deposits worldwide. If a bank goes bust, depositors must share in the losses, as I discussed in this article.

Not to mention what might happen if hackers succeed in infiltrating the global payments system and shut it down. Without cash, the global economy would quickly grind to a halt.

But cash isn’t dead yet. A study released in February showed that the volume of $100 bills circulating has actually doubled in the last decade. Nearly 80% of these $100s are held outside the US. While proponents of the War on Cash point to the increase as proof that large-denomination bills are tied to crime, there are equally valid reasons someone outside the US might want to keep a stash of $100s on hand. One is to avoid negative interest rates on bank deposits. Another is as a store of value in countries like Venezuela, where it takes a wheelbarrow full of the official currency to buy a loaf of bread. And many people prefer cash because the databases merchants keep of your card transactions aren’t exactly secure.

There’s also pushback on efforts by merchants to stop taking cash, spurred by the fact that cash bans disproportionately affect the poor and anyone who is “unbanked” (unable or unwilling to open a bank account). That’s more common than you might think; nearly 7% of American households rely exclusively on cash and money orders to pay the bills. 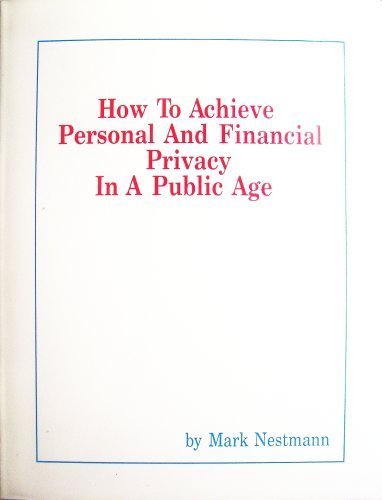 Other countries have also moved to protect the right of consumers to use cash. No less an authority than the Governor of the French Central Bank announced that “The Banque de France will never drop cash.” Sweden, which has perhaps gone further than any other country to discourage the use of cash, is now considering a law which would require banks to process cash transactions. The UK is debating similar measures.

While these initiatives to protect the right of individuals to use cash are noteworthy, they’re not necessarily the last word. I suspect we’ll learn how resilient cash is during the next global economic collapse. When that happens, central banks will almost certainly “go negative.” And if consumers resist these efforts by hoarding cash, additional restrictions or outright bans on cash could quickly follow.

To defend against such measures, here are some actions you’ll want to consider:

Previous article by Mark Nestmann: This Could Be a Cure

Once Burned, Twice ShyDiscrimination and Disparities