Witness to the Truth in the Empire of Lies

John 3:21 King James: But he that doeth truth cometh to the light, that his deeds may be made manifest, that they are wrought in God.

John 18:37 King James: Pilate therefore said unto him, Art thou a king then? Jesus answered, “Thou sayest that I am a king. To this end was I born, and for this cause came I into the world, that I should bear witness unto the truth. Every one that is of the truth heareth my voice.”

For me, these words have the impact of drone strike, even if the news was expected. I watched streaming coverage on Russia Today via the Pluto App; I had no taste for the Deep State Neoconservative network warmongering Fox News (with the exception of Tucker Carlson but I don’t know how he’ll cover the story, if he does at all).

I am truly saddened for Julian Assange, his family, and for the ones who decided to use force against a person who is a journalist, a person who exposed disturbing truths about the American Empire and revealed its true nature. If you are not a reader of alternative press, such as this website, you’d be convinced that America is a force for good, especially the nation’s military which bombs for a good cause. I have no response to such a mentality.

Yet this short video, which was broadcast by Russia Today, makes very clear the revelations of WikiLeaks:

The below is exclusive footage of Julian Assange’s arrest:

RT discusses all the charges against Assange in this article.

Parenthetically, as to getting the footage of Assange’s arrest, RT’s response via The Saker: Translation: The most obvious sentence one could pass over total disgrace the world media has become can be seen in the fact that nobody was here to film the arrest of Julian Assange, only us (RT).  That in spite of the fact that everybody already knew that he would be expelled.  Now they have to come and ask for our footage. 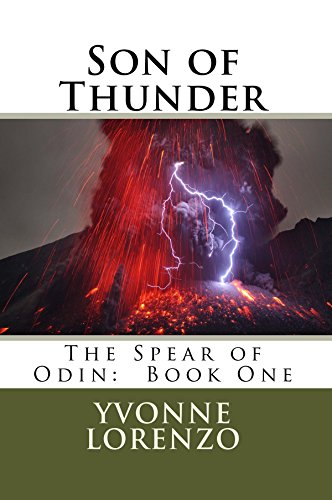 CNN and The Guardian have the gall to call us and ask how it is that we were the only ones to get this footage.

It’s obvious: you are just the spineless hypocritical servants of your Establishment and not journalists at all.  This is why such a thing happened.

To me Julian Assange is one of history’s greatest journalists. And with Easter coming, I cannot help but be reminded of the words of Scripture I cited above. Assange has brought the light of truth, the light of God into the world in revealing truth. He has shown truly deplorable conduct that people of faith should universally condemn. He has shamed the empire and so he is to be punished.

There are worldly implications for his arrest, discussed in this article from RT:

‘No journalist will be safe from extradition to the US for doing his job’ – Wikileaks editor warns.

I cannot but also agree with Glen Greenwald who Tweeted:

“The DOJ says part of what Assange did to justify his prosecution—beyond allegedly helping Manning get the documents—is he encouraged Manning to get more docs for him to publish. Journalists do this with sources constantly: it’s the criminalization of journalism.”

Let me ask a question that is not rhetorical: how many true journalists are there? Are they not just stenographers for their masters? Certainly there are none in the multinational corporate legacy media in the Western nations.

But there are graver implications than the worldly, in fact the godless, merciless actions by individuals lacking any moral conscience. And today, the modern day Roman Empire that is the Western world—Washington, the City of London, Paris, Berlin—have not even one to equal even the character of Pontius Pilate to say, “Ye have brought this man unto me, as one that perverteth the people: and, behold, I, having examined him before you, have found no fault in this man touching those things whereof ye accuse him…” Instead, the grotesque Lord of the Rings Gollum-like British Prime Minister Theresa May intoned without any awareness of the bleak irony of her words, in fact what sounded to me like malicious pride: “This proves no one is above the law.”

I hope people of faith, people who love the light of truth, unlike the Western governments, support Julian Assange; I hope they pray for him, his mother, his father, his children. I hope they raise their voices in protest.

And I have no doubt the servants of the father of lies would strike against even ordinary people who do so. Assange was today. Who will be next?

What shall we then say to these things? If God be for us, who can be against us?

In my heart, I know God is for Julian Assange; may His love be a strength and comfort in his trials yet to come.

Assange Has Been Arrested for US Extradition Roger Stone: I Will Be Vindicated