Maria Butina is in jail for doing nothing while Jared Kushner, who needed a godfathered security clearance due to his close Israeli ties, struts through the White House as senior advisor to the president.

The Mueller Special Counsel inquiry is far from over even though a final report on its findings has been issued. Although the investigation had a mandate to explore all aspects of the alleged Russian interference in the 2016 US election, from the start the focus was on the possibility that some members of the Trump campaign had colluded with the Kremlin to influence the outcome of the election to favor the GOP candidate. Even though that could not be demonstrated, many prominent Trump critics, to include Laurence Tribe of the Harvard Law School, are demanding that the investigation continue until Congress has discovered “the full facts of Russia’s interference [to include] the ways in which that interference is continuing in anticipation of 2020, and the full story of how the president and his team welcomed, benefited from, repaid, and obstructed lawful investigation into that interference and the president’s cooperation with it.”

Tribe should perhaps read the report more carefully. While it does indeed confirm some Russian meddling, it does not demonstrate that anyone in the Trump circle benefited from it or cooperated with it. The objective currently being promoted by dedicated Trump critics like Tribe is to make a case to impeach the president based on the alleged enormity of the Russian activity, which is not borne out by the facts: the Russian role was intermittent, small scale and basically ineffective.

One interesting aspect of the Mueller inquiry and the ongoing Russophobia that it has generated is the essential hypocrisy of the Washington Establishment. It is generally agreed that whatever Russia actually did, it did not affect the outcome of the election. That the Kremlin was using intelligence resources to act against Hillary Clinton should surprise no one as she described Russian President Vladimir Putin as Hitler and also made clear that she would be taking a very hard line against Moscow.

The anti-Russia frenzy in Washington generated by the vengeful Democrats and an Establishment fearful of a loss of privilege and entitlement claimed a number of victims. Among them was Russian citizen Maria Butina, who has a court date and will very likely be sentenced tomorrow.

Regarding Butina, the United States Department of Justice would apparently have you believe that the Kremlin sought to subvert the five-million-member strong National Rifle Association (NRA) by having a Russian citizen take out a life membership in the organization with the intention of corrupting it and turning it into an instrument for subverting American democracy. Maria Butina has, by the way, a long and well documented history as an advocate for gun ownership and was a co-founder in Russia of Right to Bear Arms, which is not an intelligence front organization of some kind. It is rather a genuine lobbying group with an active membership and agenda. Contrary to what has been reported in the mainstream media, Russians can own guns but the licensing and registration procedures are long and complicated, which Right to Bear Arms, modeling itself on the NRA, is seeking to change.

Butina, a graduate student at American University, is now in a federal prison, having been charged with collusion and failure to register as an agent of the Russian Federation. She was arrested on July 15, 2018. It is decidedly unusual to arrest and confine someone who has failed to register under the Foreign Agents Registration Act of 1938 (FARA), but she has not been granted bail because, as a Russian citizen, she is considered to be a “flight risk,” likely to try to flee the US and return home.

FARA requires all individuals and organizations acting on behalf of foreign governments to registered with the Department of Justice and to report their sources of income and contacts. Federal prosecutors have claimed that Butina was reporting back to a Russian official while deliberating cultivating influential figures in the United States as potential resources to advance Russian interests, a process that is described in intelligence circles as “spotting and assessing.”

Maria eventually pleaded guilty of not registering under FARA to mitigate any punishment, hoping that she would be allowed to return to Russia after a few months in prison on top of the nine months she has already served. She has reportedly fully cooperated the US authorities, turning over documents, answering questions and undergoing hours of interrogation by federal investigators before and after her guilty plea.

Maria Butina basically did nothing that damaged US security and it is difficult to see where her behavior was even criminal, but the prosecution is asking for 18 months in prison for her in addition to the time served. She would be, in fact, one of only a handful of individuals ever to be imprisoned over FARA, and they all come from countries that Washington considers to be unfriendly, to include Cuba, Saddam’s Iraq and Russia. Normally the failure to comply with FARA is handled with a fine and compulsory registration.

Butina was essentially convicted of the crime of being Russian at the wrong time and in the wrong place and she is paying for it with prison. Selective enforcement of FARA was, ironically, revealed through evidence collected and included in the Mueller Report relating to the only foreign country that actually sought to obtain favors from the incoming Trump Administration. That country was Israel and the individual who drove the process and should have been fined and required to register with FARA was President Donald Trump’s son-in-law Jared Kushner. As Kushner also had considerable “flight risk” to Israel, which has no extradition treaty with the United States, he should also have been imprisoned.

Kushner reportedly aggressively pressured members of the Trump transition team to contact foreign ambassadors at the United Nations to convince them to vote against or abstain from voting on the December 2016 United Nations Security Council Resolution 2334 condemning Israeli settlements. The resolution passed when the US, acting under direction of President Barack Obama, abstained, but incoming National Security Adviser Michael Flynn did indeed contact the Russian Ambassador Sergey Kislyak twice and asked for Moscow’s cooperation, which was refused. Kushner, who is so close to Prime Minister Benjamin Netanyahu that the latter has slept at the Kushner apartment in New York City, was clearly acting in response to direction coming from the Israeli government.

Another interesting tidbit revealed by Mueller relates to Trump foreign policy adviser George Papadopoulos’s ties to Israel over an oil development scheme. Mueller “ultimately determined that the evidence was not sufficient to obtain or sustain a conviction” that Papadopoulos “committed a crime or crimes by acting as an unregistered agent of the Israeli government.” Mueller went looking for a Russian connection but found only Israel and decided to do nothing about it. 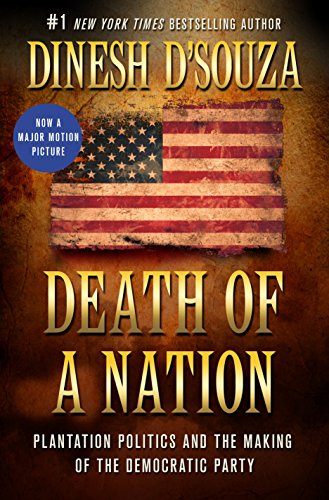 As so often is the case, inquiries that begin by looking for foreign interference in American politics start by focusing on Washington’s adversaries but then comes up with Israel. Noam Chomsky described it best “First of all, if you’re interested in foreign interference in our elections, whatever the Russians may have done barely counts or weighs in the balance as compared with what another state does, openly, brazenly and with enormous support. Netanyahu goes directly to Congress, without even informing the president, and speaks to Congress, with overwhelming applause, to try to undermine the president’s policies—what happened with Obama and Netanyahu in 2015. Did Putin come to give an address to the joint sessions of Congress trying to—calling on them to reverse US policy, without even informing the president? And that’s just a tiny bit of this overwhelming influence.”

Maria Butina is in jail for doing nothing while Jared Kushner, who needed a godfathered security clearance due to his close Israeli ties, struts through the White House as senior advisor to the president in spite of the fact that he used his nepotistically obtained access to openly promote the interests of a foreign government. Mueller knows all about it but recommended nothing, as if it didn’t happen. The media is silent. Congress will do nothing. As Speaker of the House Nancy Pelosi put it “We in Congress stand by Israel. In Congress, we speak with one voice on the subject of Israel.” Indeed.

Previous article by Philip Giraldi: The Conspiracy Against Trump

Whom the Gods Would Destroy Washington Has Destroyed Western Liberty