Keep the Modernists Away from the Notre-Dame Restoration

Reconstructions should aim to recreate and not transform the earlier style

One heartening if dimly consoling result of the disastrous fires that swept through Notre-Dame cathedral has been the willingness of politicians and philanthropists to pledge their financial and institutional support towards its reconstruction. Yes, some of them might have an eye on acquiring good PR. Yes, believers might question the nature of their attachment. Still, it good to know that people will not watch the decline of beauty and tradition with absolute indifference.

The reconstruction, though, will be fiercely contested. Already, modernists are sidling into the conversation with progressive platitudes and philistinic schemes. You might think the widespread shock and sadness that the fire caused represented love and admiration for Notre-Dame as it was. Not a bit of it, say modernists. It must be changed.

The atheist Ali A. Rizvi suggests, in perhaps the most blatant example of opportunism, that while the cathedral was designed by Catholics, 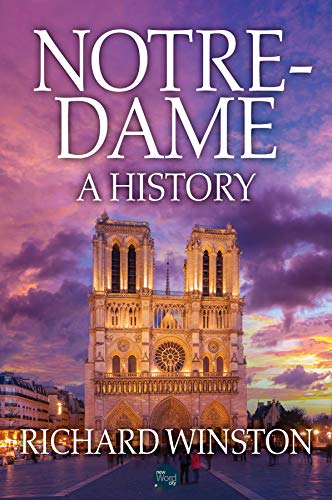 built by Catholics and maintained by Catholics, and has always been used by Catholics as a house of worship, it should become ‘a museum of art, architecture and history without the legacy of child rape and supernatural delusion.’ The reduction of Catholic history to ‘child rape’ is too crass to analyze with anything except a sneer but the audacity that it takes to suggest the appropriation of a cathedral is interesting. Why can’t atheists, being so enlightened, not simply build their own beautiful places? (I cannot resist continuing without a mention of the atheist author Michael A. Sherlock, who tweeted out a picture of Notre-Dame burning with the caption, ‘When the Paris police are knocking and you need to get rid of your child porn collection.’ Not only does Mr Sherlock think an age-old cathedral burning is hilarious, then, but he thinks child abuse is just a stick to beat his opponents with. You hope moderate atheists will rein in the people who give them a bad reputation as obnoxious nerds.)

Beautiful buildings need not be religious, of course, as numerous palaces, castles and museums demonstrate. Too often, though, modern architects and architecture critics are blinkered by political ideology. John Harwood, an architectural historian, has told Rolling Stone (in what, in fairness, is not a direct quote but the reporter’s paraphrase):

‘…that it would be a mistake to try to recreate the edifice as it once stood, as LeDuc did more than 150 years ago. Any rebuilding should be a reflection not of an old France, or the France that never was — a non-secular, white European France — but a reflection of the France of today, a France that is currently in the making.’

It would never cross anyone’s mind to suggest that Mecca or the Golden Temple should lose their distinctively Islamic and Sikh characters to accommodate people of different faiths but Catholics, and conservative Frenchmen, are being asked to reshape anything that expresses their own beliefs and heritage. Why, people who share the sentiment attributed to Harwood should ask themselves, is liberal multiculturalism so fragile that any cultural distinctiveness is to be challenged?