With Facebook taking a very strong stance against so-called fake news and foreign interference in what passes for democracy in the United States and particularly given its recent association with the Atlantic Council and its Digital Forensic Research Lab.  I would be remiss if I didn’t thank Matt Agorist at the Free Thought Project, one of the entities that was purged by Facebook in October 2018, for inspiring this posting

In no particular order, let’s look at some of Facebook’s key personnel and their relationship to Washington: 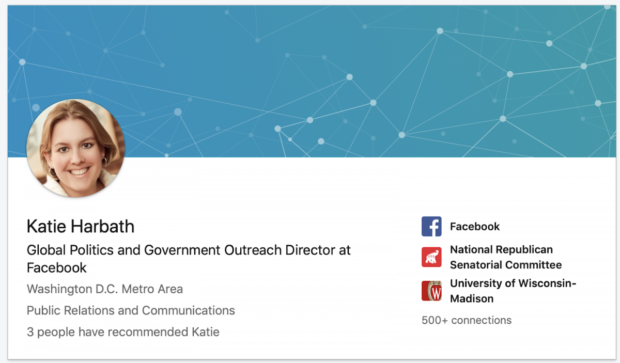 …and has very close links to the Republican Party (a relative rarity among Facebook key personnel) including Deputy eCampaign Director for Rudy Giuliani’s run at the Oval Office both before and during her tenure at Facebook as shown here: 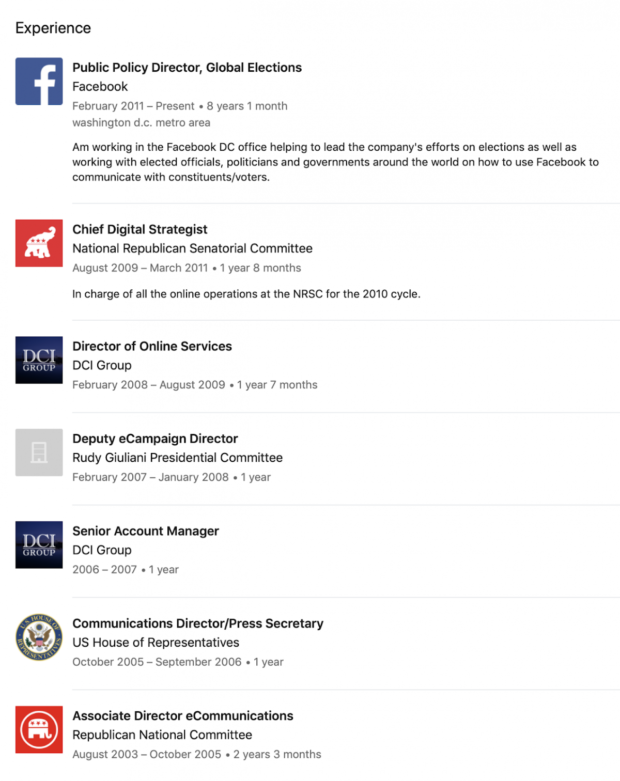 It was Ms. Harbath who announced Facebook’s “exciting new partnership” with the Atlantic Council on May 17, 2018:

“Today, we’re excited to launch a new partnership with the Atlantic Council, which has a stellar reputation looking at innovative solutions to hard problems. Experts from their Digital Forensic Research Lab will work closely with our security, policy and product teams to get Facebook real-time insights and updates on emerging threats and disinformation campaigns from around the world. This will help increase the number of “eyes and ears” we have working to spot potential abuse on our service — enabling us to more effectively identify gaps in our systems, preempt obstacles, and ensure that Facebook plays a positive role during elections all around the world.” 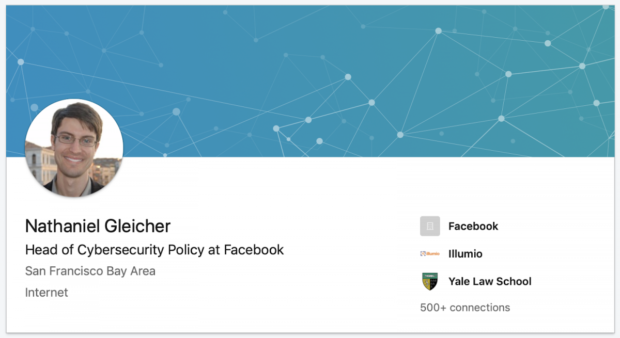 …and was former Director for Cybersecurity Policy for the National Security Council at the White House, Senior Counsel for Computer Crime and Intellectual Property Section at the United States Department of Justice and a Law Clerk for Senator Patrick Leahy as shown here: 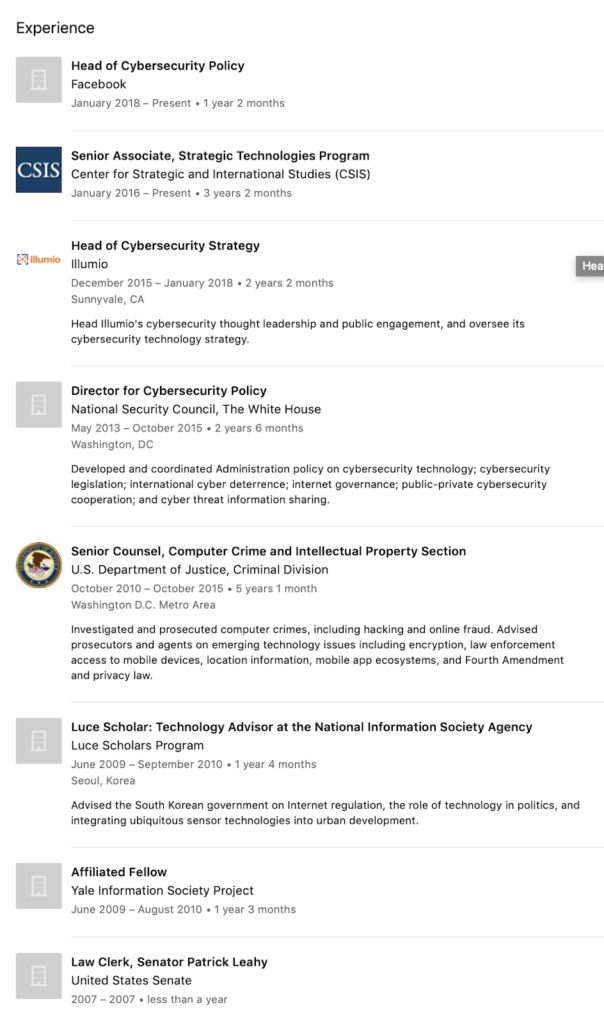 Just so you can get a sense of Mr. Gleicher’s belief system, here is what he said in a blog posting on January 17, 2019 entitled “Removing Coordinated Inauthentic Behaviour from Russia“:

“Today we removed 364 Facebook Pages and accounts for engaging in coordinated inauthentic behavior as part of a network that originated in Russia and operated in the Baltics, Central Asia, the Caucasus, and Central and Eastern European countries. The Page administrators and account owners primarily represented themselves as independent news Pages or general interest Pages on topics like weather, travel, sports, economics, or politicians in Romania, Latvia, Estonia, Lithuania, Armenia, Azerbaijan, Georgia, Tajikistan, Uzbekistan, Kazakhstan, Moldova, Russia, and Kyrgyzstan. Despite their misrepresentations of their identities, we found that these Pages and accounts were linked to employees of Sputnik, a news agency based in Moscow, and that some of the Pages frequently posted about topics like anti-NATO sentiment, protest movements, and anti-corruption.” (my bolds)

Yes, imagine being anti-NATO and anti-corruption!  That’s totally unAmerican not to mention totally without merit! 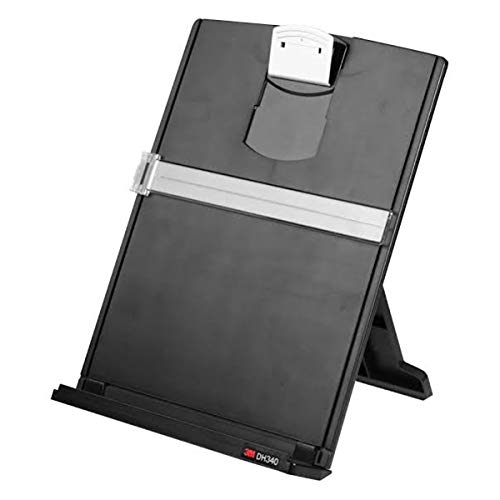