After former President George H.W. Bush died late last year, he was widely hailed as a great leader and patriot. At the National Cathedral funeral service, biographer Jon Meachan declared that Bush was a “twentieth-century Founding Father.” The minister of Bush’s church in Houston compared him to Jesus. Bush’s gentlemanly manners were lauded by many people outraged by President Trump’s behavior. But there was far more Trump-like demagoguery and conniving during Bush’s presidency than most Americans remember.

Bush was the most protectionist president since Herbert Hoover. Like Trump, he spoke of the need for “level playing fields” and “fair trade.” But Bush-style fairness gave federal bureaucrats practically endless vetoes over Americans’ freedom to choose foreign goods. Bush’s Commerce Department ravaged importers with one bureaucratic scam after another, using the anti-dumping law to convict 97 percent of imports investigated, claiming that their prices were unfairly low to American producers (not consumers). Japanese auto makers were convicted after Commerce bureaucrats compared the price of used cars sold in Japan with the price of new cars sold by the Japanese companies in America. Used cars were cheaper, so the Japanese were guilty of dumping. The Commerce Department compared the price of small kiwis from New Zealand sold abroad with the price of imported large kiwis sold here. The smaller kiwis were cheaper and that proved the foreigners were dastards, with no thought for American consumers.

Bush also ordered the U.S. International Trade Commission to investigate after ice cream imports threatened to exceed 1 percent of the U.S. market. (American companies realize that foreign names have more cachet, which is why New Jersey-based Häagen-Dazs did not name its product after Newark.) Bush also perpetuated import quotas on steel and machine tools, undermining the competitiveness of American manufacturers who needed access to the best building materials in the world.

While Bush declared that trade was the key to spreading prosperity to poorer nations, he slapped new textile import quotas on Nigeria, Indonesia, Egypt, the Philippines, Burma, Costa Rica, Panama, Pakistan, and many other nations. Mexico was allowed to sell Americans only 35,292 bras in 1989 — part of a byzantine regime that also restricted imports of tampons, typing ribbons, tarps, twine, table linen, tapestries, ties, and thousands of other products. A 1989 White House report concluded that the trade restrictions added 50 percent to the price of imported clothing.

Though Bush called for a “kinder, gentler” nation while campaigning for the presidency in 1988, he turned federal drug policy into a holy war, demonizing drug users while hailing DEA agents as America’s “greatest freedom fighters.” Thanks in part to Bush’s tub-thumping, drug arrests surged by 200,000 in the first year of his presidency. His choice for drug czar, Bill Bennett, had no problem with beheading drug dealers, while his administration began deluging law enforcement with surplus military equipment that would lead to no-knock-raid and wrongful-killing disasters around the nation in the following decades.

The Bush administration turbo-charged asset forfeiture, spurring seizures of private property on the slightest pretexts from individuals who were never convicted of crimes. Federal seizures of private property rose 300 percent during the Bush presidency. Abuses became so widespread that a September 1992 Justice Department internal newsletter lamented, “Like children in a candy shop, the law enforcement community chose all manner and method of seizing and forfeiting property, gorging ourselves in an effort which soon came to resemble one designed to raise revenues.” Despite media exposés of gross injustices, the forfeiture juggernaut continues ravaging the rights of innocent Americans decades later and spurring delusions of absolute power in law enforcement. At a recent Supreme Court hearing, Indiana Solicitor General Thomas Fisher even asserted that forfeiture laws entitle police to confiscate any car going more than five miles over the speed limit.

Bush was posthumously praised for his “inclusive rhetoric” but his drug war converted low-income Americans into third-class citizens. In a Supreme Court case, Bush’s Solicitor General Ken Starr effectively championed police sweeps and warrantless searches of interstate bus passengers for illicit drugs. Police would order a bus driver to lock down a bus and then go down the aisle demanding that passengers open their bags for inspection. The Florida Supreme Court had compared such sweeps to Nazi and Soviet abuses but the Bush administration swayed the Supreme Court to define down the freedom of Americans who could afford nothing better than a Trailways ticket.

Bush pushed into law one of the most intrusive and self-defeating paternalist laws of modern times. Bush said the Americans with Disabilities Act of 1990 “calls upon the best in the American people.” The badly written ADA — also known as Attorneys’ Dreams Answered — proved a disaster at helping the disabled find work. It converted disabilities into legal assets, thus spurring the proliferation of disability claims on college campuses by students seeking special treatments or waivers (25 percent of students at some schools now claim some type of disability) and the profusion of therapy animals on airplanes and elsewhere. Many ADA edicts defy common sense, such as the ban on a Los Angeles strip joint from having a shower stall on its stage. Because the stall was not wheelchair-accessible, the business supposedly discriminated against disabled women — even though no wheelchair-bound strippers applied for work.

Bush promised “kinder, gentler” policies but his administration chose bragging over benevolence. The Job Training Partnership Act (co-authored in 1982 by Sen. Dan Quayle) was a favorite applause line for administration officials, supposedly proving their concern for youth, low-income households, and minorities. But the Labor Department covered up the law’s dismal failure, long delaying release of a report revealing that the JTPA was such a boondoggle that it actually decreased the earnings of male trainees. But the program was a windfall for businesses that received lavish subsidies to train employees they would have trained regardless, so corporate America continued cheering.

Bush’s contempt for property rights spawned legal brawls that continue to our time. In 1988, presidential candidate Bush declared that “all existing wetlands, no matter how small, should be preserved” and promised “no net loss” of wetlands if elected president. After he took office, federal bureaucrats unveiled a new definition of wetlands that swept nearly 100 million acres of additional private land under federal control. Bad faith permeated enforcement: bureaucrats relied on “the glancing geese” standard — if migrating birds glanced down and considered stopping at a water hole, then that land became involved in interstate commerce and thus fell under federal jurisdiction. Since many landowners could not afford to fight the world’s largest law firm — the U.S. Justice Department — that type of bunkum sufficed to make people submit. The Justice Department and private landowners are still squabbling almost 30 years later, thanks in part to Bush’s grandstanding on the issue.

After he died, Bush was portrayed as a responsible, judicious ruler. But that hagiography ignores his de facto demolition of the work of Special Counsel Lawrence Walsh. On Christmas Eve 1992, Bush pardoned six Reagan administration officials for their roles in the Iran-Contra Affair, the illegal arms-for-hostage deal that blighted the final years of the Reagan presidency. Defense Secretary Caspar Weinberger was scheduled to go on trial two weeks later on charges of lying to Congress.

Walsh denounced the pardons as part of a “cover-up” and said that they undermined his investigation of possible criminal conduct by Bush himself. Walsh also reported that Bush’s pardons prevented Bush from having to testify in court and face “searching questions” on his own conduct. Bush’s pardons greatly reduced the likelihood that his co-conspirators would ever turn state’s evidence against him. If Walsh’s investigation had led to Bush’s conviction, the Bush brand name might have been sufficiently damaged that his son would not have captured the presidency in 2000.

Probably Bush’s biggest folly was the Gulf War against Iraq. Bush said that America had to restore Kuwait’s “rightful leaders to their place.” Why should Americans care which Arab dictators control which patches of sand? The United States had previously been arming and bankrolling Saddam Hussein — so he was probably surprised when the United States flipped on him. The Bush administration pushed bushels of falsehoods to spur public support for the war.

At Bush’s funeral, eulogists heaped praise on his supposedly lofty character. But nobody mentioned how he betrayed the Kurds in 1991, encouraging them to revolt and then abandoning them to Saddam’s brutal crackdown. New York Times columnist William Safire scoffed, “When our troops come home to a ticker-tape parade, perhaps room can be found for a small float carrying maimed Kurdish refugees.”

After the Gulf War ended, Bush decided that the U.S. government and its allies had the right to permanently blockade Iraq — putting a stranglehold on their imports of food, medicine, and other items. Since the Iraqi people failed to overthrow Saddam, they did not deserve to eat, right? Vast numbers of Iraqis died as a result — but none of their survivors attended or spoke at Bush’s funeral service. 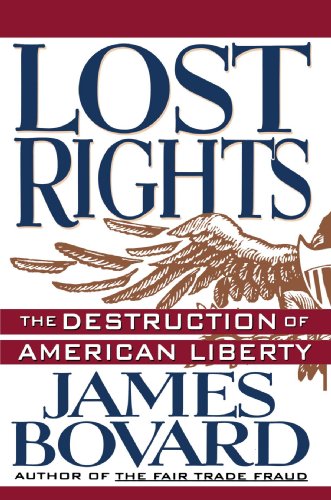 Bush’s postwar dictates on Iraq helped sow perpetual conflict and paved the way to his son’s 2003 invasion of Iraq. That part of the world has been an even bigger mess since then. Plenty of Washington whiz kids are now claiming the United States must intervene to take down Iran. But Iraq was containing Iran just fine before the U.S. government pulverized that nation.

Given this disastrous record, why was the older Bush idolized after his death? One clue came from the funeral tribute from the former senator Alan Simpson. Simpson portrayed Bush as a hero for betraying his most important campaign pledge in the 1988 presidential race — his “read my lips — no new taxes” promise. The Washington establishment loved that riff — since that tax hike helped shore up Leviathan and signaled the end of Reagan-era anti-government rhetoric.

Bush’s son George, the 43rd president, also spoke at the funeral service and declared that his father was “no cynic.” But George Herbert Walker Bush’s betrayals on his tax pledge and his debacles at home and abroad turned millions of other Americans into cynics. Perhaps that is the most positive legacy of his one-term presidency.

This article was originally published in the March 2019 edition of Future of Freedom.