The US Tried to Isolate Venezuela. It has Only Isolated Itself

It is no secret that the United States has long been plotting regime change in Venezuela. For over 18 months President Trump has been publicly floating a military invasion of the country. At a speech in Florida President Trump recently announced “the days of socialism and communism are numbered in Venezuela” ominously stating “one day soon we are going to see what the people will do in Caracas.” Vice President Mike Pence declared President Nicolas Maduro a “dictator” and reiterated that self-declared president Juan Guaidó had the “unwavering support” of the American people. In an attempt to destroy the economy and force Maduro out of power, the US has leveled multiple rounds of punishing (and illegal) sanctions on the country, and encouraged and intimidated others to do the same in an effort to isolate Venezuela politically and economically.

The US managed to convince a number of Western European and Latin American states to back their version of events. However, despite the best attempts from an extraordinarily compliant international media to present Venezuela as an isolated nation on the brink of collapse, the US plan is failing badly.

In reality, the international community has rejected the US and its candidate Juan Guaidó, with around 75 percent of countries expressing support for Maduro. Completely unreported in the media was the decision by the UN Human Rights Council to unequivocally condemn the US sanctions, noting that they are targeted at the poorest and most vulnerable Venezuelans. The UN called on all member states to break them and even discussed the reparations the US should pay to Venezuela. The American Special UN Rapporteur Alfred de Zayas described the sanctions as akin to a medieval siege and accused the US of possible crimes against humanity. This startling news has been widely reported internationally but has been virtually completely ignored by the mainstream Western press. The New York Times, CNN, Washington Post nor any other national American publication has reported it. 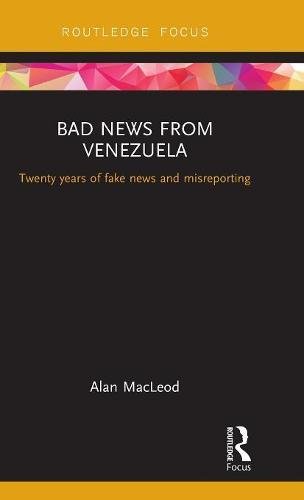 Trump’s regime change strategy has been nothing short of comically incompetent. Marco Rubio’s constant calls for the Venezuelan military to defect and overthrow Maduro have fallen completely flat as the military has remained steadfastly loyal. The UN and Red Cross refused to participate in the charade of American “humanitarian aid” to Venezuela, noting it did not meet the minimal requirements to be considered aid while Maduro’s government has been only too happy to work with those agencies to receive genuine assistance. The US attempt to force its “aid” through the border and provoke a bloodbath failed, as the supposedly pro-democracy aid workers appear to have set fire to their own aid trucks. Meanwhile, billionaire celebrity Richard Branson’s Venezuela Aid Live concert, headlined by massive stars like Luis Fonsi and Maluma garnered an attendance of barely a few thousand.

Part of the problem is that the group around Trump lacks the discipline and polish of Obama administration and continue to let the mask slip, making it crystal clear none of this is about democracy and human rights. The appointment of Elliot Abrams, a man infamous in Latin America for his role in regime change and genocide was a clear signal to all what was about to happen. Trump’s special advisor John Bolton said the quiet part loud, letting slip that he saw Venezuela a “big business opportunity” for American companies, noting that “it would make a big difference to the US” if American companies could take over Venezuela’s oil production. Bolton also revealed he was considering sending President Maduro to the Guantanamo Bay torture camp. Meanwhile, Marco Rubio shocked the world by tweeting out pictures of Libyan leader Colonel Gaddafi’s mutilated corpse, taken on all sides to be a crude statement of intent for Venezuela.

Another embarrassing incident occurred just after Elliot Abrams, a man known for smuggling weapons to Nicaragua under the guise of aid, was appointed. The McClatchy DC Bureau revealed that an American plane from Miami was caught smuggling weapons and ammunition into Venezuela. The plane had made over 40 round trips that year alone. None of this did anything to convince the international community of the good intentions of the US government.

For his part, Washington’s handpicked president Guaidó has not been able to hide his more bloodthirsty, sociopathic side. The man who over 80 percent of Venezuelans had never heard of in January appalled the country by callously labeling the deaths from the clashes “not as a cost” but an “investment in the future”. The naked brazenness of the coup attempt is a primary reason Guaidó has failed to win over the public. A recent poll showed that over 80 percent of Venezuelans opposed the US sanctions, and even more were against a military intervention.

The international community is increasingly rounding on the US. At the recent UN Security Council hearing on Venezuela, the US was excoriated by South Africa for “trampling upon the law and constitutional rights of Venezuela” and for “taking away the basic right of the people [of Venezuela] to determine their own future”. Bolivia accused the US of breaking the most fundamental laws of non-intervention in other countries and violating Venezuela’s national sovereignty. Russia summed up the mood, describing Guaidó as an “imposter” and that the US was making a “mockery” of the constitutional rights of Venezuela, noting that the US’ humanitarian aid stunt would “in any other part of the world be classed as terrorism.”

Worse still for the US, even the resolve of the Lima Group – and organization of right-wing Latin American countries set up by the Trump administration with the express goal of bringing about regime change in Venezuela – is beginning to crumble. Brazil’s fascist president Jair Bolsonaro, who previously claimed he would do “everything” to get rid of Maduro, has backed away from the US; Brazil declared that under no circumstances would it be any part of an invasion. Other key partners Colombia, Chile and Peru made similar statements. Many of the strongest European critics of Maduro, such as Spain and Germany, have also categorically rejected the military option the US is now preparing for.

This is hardly the first time that the US has isolated itself while trying to isolate Venezuela. As I cataloged in my book Bad News From Venezuela: Twenty Years of Fake News and Misreporting, the US was completely alone in the world casting aspersions on the 2013 election result and calling for a recount. What is remarkable about this time is how badly the hare-brained scheme is backfiring. The Bank of England’s extraordinary decision to freeze over a billion dollars in Venezuelan gold was a clear signal to the world that the UK could not be trusted as a neutral arbiter. Italy has reportedly begun discussions to repatriate their gold in Britain. If an allied state such as Italy has done so, the likes of China, India and Russia must be thinking the same. One of the few industries the UK has left is finance, and this decision could have huge ramifications for Britain’s economy. Furthermore, the government’s acceptance of the Trump regime change plan has sparked a massive uprising across Haiti that threatens to bring down a US-client government.

As a result of the hare-brained incompetence and the naked audacity of the Trump/Abrams/Bolton regime change gambit in Venezuela, the US now finds itself almost completely isolated in the world. This does not necessarily mean the end of the US attack. The US is the world’s only superpower and can act unilaterally whenever it pleases. But the battle for world opinion has been lost. The battle for Venezuela continues.

The views expressed in this article are the author’s own and do not necessarily reflect those of the Venezuelanalysis editorial staff.

Alan MacLeod (@AlanRMacLeod) is an academic and writer for Fairness and Accuracy in Reporting. His book, Bad News From Venezuela: Twenty Years of Fake News and Misreporting was published in April by Routledge.

Did Neocon John BoltonCan US Soldiers Be Heroes?