Feb. 28, 2019 (The Bridgehead) – The January sun was shining on Istanbul’s Sultanahmet Square as I walked by small piles of scrabbling pigeons, passed the gleaming white Obelisk of Theodosius, and headed through the metal detector that guards the door of the Turkish-Islamic Arts Museum. It is a long building of rose-colored brick and stone, fronted by a row of high arched doorways lined with black bars and clusters of green bushes and the occasional palm tree. It is built on the remains of the ancient Roman hippodrome, restored centuries later by Sultan Suleyman the Magnificent as a gift to his grand vizier and childhood friend, Pargali Ibrahim Pasha. The vizier, unfortunately, was strangled in 1536 when the sultan’s wife decided his influence posed too much of a threat to her own and persuaded her husband to have him killed.

But it was not this morbid history that I came here to explore. I have been researching the Armenian Genocide for some time, and I was searching for the one building in Istanbul that each historical account pinpoints as hosting the first Armenian intellectuals arrested on Red Sunday, the day now recognized as the opening act of the genocide that would consume 1.5 million souls: 90% of Turkey’s Armenian population. It began on April 24, 1915 when Minister of the Interior Talaat Pasha gave the fateful order and hundreds of Armenians were hunted down throughout the city. It was intended as a “decapitation strike” to devastate the Armenian leadership with a single blow.

Beginning at 8 pm. and stretching through to the wee morning hours of April 25, Constantinople’s Armenian clergymen, doctors, journalists, lawyers, teachers, and politicians were jerked from their beds, dragged from their homes, and locked up in Istanbul’s infamous Central Prison. It took days for me to locate where, exactly, the Central Prison stands today. I finally discovered where it was in an article from 2013 in the Armenian Weekly detailing a protest in front of the Museum that included the names of lost Armenian villages, places swallowed by the bloody events that followed Red Sunday, being listed defiantly through a loudspeaker. As it turns out, the Central Prison is now known as the Turkish-Islamic Arts Museum. 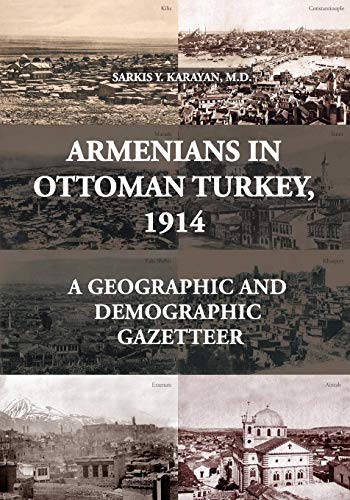 There was some sort of fancy reception going on in the foyer when I entered, replete with chortling patrons stuffed into straining tuxes, solemn waiters gliding about with trays of obviously expensive tidbits, and the self-satisfied smiles of men and women who are aware that they have made it. Cameras were clicking frantically, so apparently at least some of them were important. I squeezed through the clusters of well-clad posteriors, passed through the sparsely-stocked giftshop, and headed to the enormous plaque affixed to the wall at the foot of the stairs that led to the courtyard. In tiny letters, the history of the Museum was detailed at length. There was no mention of the building ever being known as Central Prison.

I carefully combed the displays, which were set up meticulously in exhibition halls accessible by low doorways lining the long brick corridors. I tried to imagine what the view of the imprisoned Armenian intellectuals might have been as I noted the woven rugs, the beautiful pottery, the ancient illuminated Korans. One section hosts Islamic relics, and a young father was hunched next to a glass display case, pointing reverently at a tiny glass cylinder with gold engravings on either end. His little girl was staring with wide eyes: The cylinder, apparently, contains a holy hair from the beard of the Prophet Mohammed himself. Nearby was a collection of “Damascus Documents,” featuring some of the very first copies of the Koran. There was nothing, however, about the Museum ever having been a prison. Finally, I tracked down a security guard and asked her. There is nothing in the displays or on any of the plaques, I said. But is it true that the Turkish-Islamic Arts Museum used to be a prison? She looked at me quizzically, raised an eyebrow, and then nodded. “Yes. During Ottoman period.” That was as much as she would say.

Later, walking through the Blue Mosque with my wife and a tour guide, the mournful and deafening call to prayer began to sound from the minarets, reverberating through Sultanahmet Square and echoing off the brick walls of the Turkish-Islamic Arts Museum. A thought struck me, and I asked our guide how long the Blue Mosque has sent the call to prayer out over the city. Centuries, she replied. Without a break? Even during the First World War? I asked. Yes, she nodded emphatically. Even then. I listened for a moment, and the call sounded sadder still. They would have heard it, I realized. Sitting in their cells, facing death—sporadic massacres of Armenians had already been taking place and a few had been warned by sympathetic Turkish officials that this was coming—the imprisoned Armenian intellectuals would have heard the haunting call to prayer as they awaited their fate.

In that moment, they scarcely needed to be reminded to pray.

Is There a VaccineNorth Korea Talks Breakdown