The End of Civil Forfeiture—NOT

On February 20, the Supreme Court unanimously ruled that the Eighth Amendment prohibition against “excessive fines and fees” applies to the states in civil forfeiture cases and other civil, non-criminal proceedings.

The case involved a man named Tyson Timbs, who was arrested in Indiana in 2015 for selling narcotics to undercover police officers. He pleaded guilty and was sentenced to house arrest and probation. Then the state seized the Timbs’ $42,000 vehicle which he had purchased with the proceeds of his father’s life insurance policy. The only connection between the criminal offense and the vehicle was the fact Timbs had used the vehicle to transport the narcotics to the location of the undercover buy.

Timbs sued to get back his SUV, claiming that the seizure was an “excessive fine” under the Eighth Amendment. After the Indiana Supreme Court rejected that argument, Timbs appealed to the US Supreme Court – and won.

In a civil forfeiture, the legal theory is that your property – not you – is somehow guilty of a crime. Hence the strange names of civil forfeiture cases such as US v. Approximately 64,695 Pounds of Shark Fins or State of Texas v. One Gold Crucifix. Thus, if your property is found to have been somehow involved in or facilitated a crime, you can lose it.

Because civil forfeiture is a civil and not a criminal procedure, none of the protections that a criminal defendant enjoys apply. Your property is presumed guilty. If you can’t prove it’s innocent, you can lose it.

As a result of these procedural oddities, “policing for profit” has increasingly become the norm in many states – and in many cities as well. In one case I wrote about, the city of Philadelphia tried to confiscate a man’s home after his son was arrested for selling $40 worth of illicit drugs in front of it.

But what cops REALLY love seizing is your cash. Often, they use a dog to sniff the cash to establish probable cause and justify the forfeiture. Supposedly, the dog smells drug residues. The problem is, at least 95% of cash is contaminated with drug residues. That means dog sniffs are a bogus way to demonstrate probable cause. Still, they persist, and the courts continue to uphold them.

Consider the case of Emiliano Gomez Gonzolez. During a traffic stop, Nebraska state troopers asked Gonzolez for permission to search his vehicle. During the search, the troopers found bundles of currency totaling $124,700. Based on a dog sniff, police seized all the money. When Gonzolez sued to get it back, the courts rebuffed him, despite testimony from business associates that the cash had been intended to be used to buy a refrigerated truck for a produce business.

The state of Oklahoma was so focused on maximizing civil forfeiture revenues that it equipped state troopers with devices that can extract value from pre-paid debit cards during traffic stops. The devices were only deactivated after bad publicity led to political pressure to discontinue this money-raising initiative.

The Supreme Court ruling is important, because it’s likely to curtail some of the abuses in the practice of states and cities seizing cash, cars, and homes with a value many times that the penalty that would otherwise apply if the owner were convicted of a crime.

But the Supreme Court’s ruling hardly means the end of civil forfeiture. The decision applies only to the states. It does not apply to Uncle Sam. The more than 400 federal statutes that allow the federal government to confiscate your property still apply.

For instance, if the feds want to seize assets you’ve deposited in a foreign bank, they can use the PATRIOT Act to get to them. The law gives Uncle Sam the right to grab them out of the foreign bank’s US dollar accounts held in the US. Naturally, the court hearing to authorize the seizure is secret. And no, you don’t need to be suspected of terrorism to lose your money this way, although that was the original incentive for Congress to pass this law. 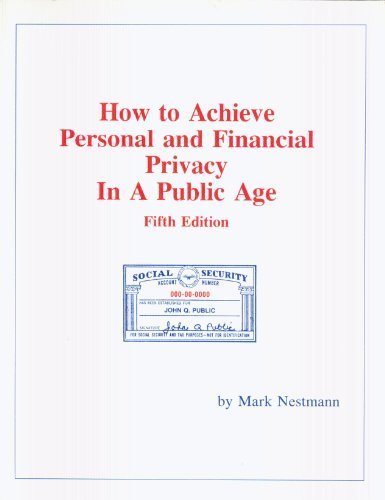 Indeed, federal prosecutors seeking to put the founders of Backpage.com in jail for the remainder of their lives recently seized nearly $100 million from them, Backpage.com was an online portal to sell classified advertisements. Uncle Sam accused the two defendants of using their website to promote and facilitate prostitution. The confiscated money included the funds they planned to use to defend themselves in their upcoming criminal trial. This tactic is perfectly legal under federal law. Indeed, the Supreme Court blessed this strategy in 1989. Nor will the recent court ruling end the practice of customs personnel seizing cash at US border crossings. In one case I wrote about, a registered nurse named Anthonia Nwaorie saved more than $40,000 to open a clinic to offer free healthcare to impoverished children in her Nigerian homeland. But in 2017, customs official confiscated it when she was boarding her flight to Nigeria.

Then there’s the authority of the US president to declare a national emergency and confiscate your assets. When that happens, a turbocharged form of civil forfeiture applies. All the evidentiary and due process requirements that would otherwise apply under federal law no longer apply. All your property may be forfeited, not just that associated with alleged criminal activity.

Most of the property that’s been confiscated in recent national emergency declarations has been connected to terrorism. But the law authorizing such forfeitures could apply in a non-terrorist context. For instance, if the US faces a severe economic crisis, the president could declare a national emergency and begin seizing private assets under this procedure. For instance, this could be the mechanism used to enforce a “one-off capital levy” proposed by the International Monetary Fund to help financially strapped governments to balance their books.

There’s nothing wrong with celebrating the Supreme Court’s long-overdue decision that forces states to reform their civil forfeiture practices. But it’s as important now as it ever has been to put together a Plan B that ensures you’re not 100% dependent on the goodwill of any one city, state, or country.

Today isn’t too early to start putting it in place.