Doug Casey: Why Socialism Is a Moral Failing

AOC, if you haven’t heard, is a 29-year-old Democratic socialist. Earlier this year, she became the youngest woman ever elected to Congress.

Today, we turn to our founder Doug Casey for his thoughts on AOC and her policies. But Doug gets into much more than AOC. As you’ll see, he also explains why socialism isn’t just an intellectual failing… but also a moral failing.

If you’ve been following the Dispatch this week, you know we’ve been featuring Doug’s most politically incorrect and controversial opinions… and today’s essay is no exception…

Most likely Alexandria Ocasio-Cortez (AOC) is the future of the Democratic Party – and of the U.S.

She’s cute, vivacious, charming, different, outspoken, and has a plan to Make America Great Again. And she – or at least her handlers – is shrewd. She realized she could win by ringing doorbells in her district, where voter turnout was very low, and about 70% are non-white. There was zero motivation for residents to turn out for the tired, corrupt, old hack of a white man she ran against.

The things she says are politically astute, although she herself doesn’t seem very intelligent. In fact, she’s probably quite stupid. But let’s define the word “stupid.” Otherwise, it’s just a meaningless pejorative – name-calling. Which I want to avoid.

But in fact she doesn’t appear to have a very high IQ. I suspect that if she took a standardized IQ test, she’d be someplace in the low end of the normal range. But that’s just conjecture on my part, entirely apart from the fact a high IQ doesn’t necessarily correlate with success. Besides, there are many kinds of intelligence – athletic, aesthetic, emotional, situational…

A high IQ can actually be a disadvantage to getting elected. Remember it’s a bell-shaped curve, and the “average” person isn’t a rocket scientist. That’s compounded by the fact half the population has an IQ of 100 or less. They’re suspicious of anyone who’s more than, say, 15 points smarter than they are.

However, there are better ways to define stupid than “a low score on an IQ test,” that apply to Alexandria. Stupid is “the inability to predict not just the immediate and direct consequences of actions, but the indirect and delayed consequences of your actions.”

She’s clearly unable to do that. She can predict the immediate and direct consequences of the policies she’s promoting: her supporters are very excited about “liberating” other people’s wealth that just seems to be sitting around. Power to the People, and AOC! But she’s completely unable to see the indirect and delayed consequences of her policies – which I hope I don’t have to explain to anyone now reading this.

If you promise people unicorns, lollipops, and free everything, they’re going to say, “Gee, I like that, let’s do it.” She’s clever on about a third grade level.

But there’s an even better definition of stupid. Namely, “an unwitting tendency to self-destruction.” All the economic ideas that she’s proposing are going to wind up absolutely destroying the country.

It’s as if she thinks that what’s happened recently in Venezuela and Zimbabwe – not to mention Mao’s China, the Soviet Union, and a hundred other places – was a good thing.

That’s my argument for her being stupid. And ignorant as well. But perhaps I’m missing something. After all, Karl Marx – who would thoroughly approve of her ideas – was both highly intelligent, and extremely knowledgeable; he was actually a polymath. The same can be said of many academics, left-wing economists, and socialist theoreticians.

So perhaps a desire for “socialism” isn’t just an intellectual failing. It’s actually a moral failing.

Socialism is basically about the forceful control of other people’s lives and property. In my view, that’s evil.

I’m afraid Alexandria is evil on a basic level. I know that sounds silly. How can that be true of a smiling young girl who says she wants just sunshine and unicorns for everybody? It’s too bad the word “evil” has been so compromised, so discredited, by the people who use it all the time – bible-thumpers, hysterics, and religious fanatics. Evil shouldn’t be associated with horned demons and eternal perdition. It just means something destructive, or recklessly injurious.

The world would be better off if she went back to waitressing and bartending. But she herself isn’t the problem. She’s fungible. Her handlers can easily replace her, as an individual. The problem is that voters like what she represents.

It really helps to be young, good looking, and affable. But those things do nothing to solve the immense problems plaguing the U.S., just under the surface. Wouldn’t it be nice if everybody had a job paying at least $15 an hour, free schooling, housing was a basic human right, free medical, free food, and 100% green energy? It doesn’t sound evil – it just sounds stupid. But it’s actually both.

The problem isn’t just that she got elected on this platform in a benighted – but increasingly typical – district. The problem is that most young people in the U.S. also have her beliefs and values.

The free market, individualism, personal liberty, personal responsibility, hard work, rationality, free speech – the values of western civilization – are being washed away, everywhere. But it’s hard to defend them, because the argument for them is intellectual, economic, and historical. While the mob, the capita censi, the “head count” as the Romans called them, is swayed by emotions. They feel, they don’t think. Arguments are limited to Twitter feeds. Or 30-second TV sound bites.

When somebody says, for instance, “Why can’t we have free school for everybody? The university buildings are already built. The professors are already there. So why can’t everybody just go to class, and learn about gender studies?” The same arguments are made for food, shelter, clothing, entertainment, communication – everything in fact.

To counter that, you have to come up with specific reasons for why not. You end up sounding like a Negative Nelly because you’re telling people they can’t have something.

It’s exactly the type of thing the Founders tried to guard against by restricting the vote to property owners over 21, going through the Electoral College. Now, welfare recipients who are only 18 can vote, and the Electoral College is toothless. Some want to totally abolish the College, and have even 16-year-olds and illegal aliens voting. 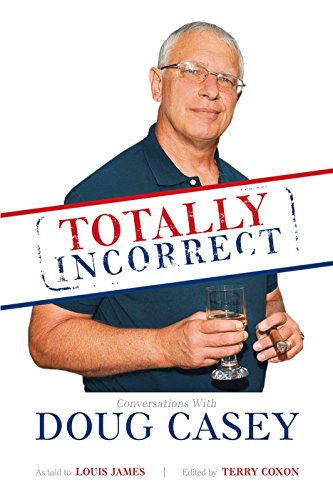 Nobody, except for a few libertarians and conservatives, is countering the ideas AOC represents. And they have a very limited audience. The spirit of the new century is overwhelming the values of the past.

Everybody Will Blame Capitalism

When the economy collapses – likely in 2019 – everybody will blame capitalism, because Trump is somehow, incorrectly, associated with capitalism. The country – especially the young, the poor, and the non-white – will look to the government to “do something.” They see government as a cornucopia, and socialism as a kind and gentle answer. Soon, they think, everyone will be able to drink lattes all day at Starbucks while they play with their iPhones, living on a Guaranteed Annual Income.

The people who control the government definitely won’t want to be seen as “do nothings.” Especially while the ship of state is sinking in The Greater Depression. They’ll want to be seen as forward thinkers, problem solvers, and social justice warriors.

So we’re going to see much higher taxes, among other things. There’s no other way to pay for these programs, except sell more debt to the Fed – which they’ll also do, by necessity.

The government is bankrupt. But like all living things from an amoeba to a person to a corporation, its prime directive is to survive. The only way a bankrupt government can survive is by higher tax revenue and money printing. Of course, don’t discount a war; these fools actually believe that would stimulate the economy – the way only turning lots of cities into smoking ruins can.

I don’t see any way out of this.

Henry Hazlitt in the Long Term The Making of a Monster