Rethinking the US Military Industrial Complex

The US Military Industrial Complex no longer needs neither actual wars nor the threat of war for its own survival. This factor could actually change dynamic of this institution/bureaucracy in our lifetimes and it may actually be changing as we speak.

Very often something will evolve and become ubiquitous to the degree that we forget its origin. Putting a dead tree in your house on Christmas is a good example, few people think of why this is done, they just do it because it has been done for a long time and thus seems completely natural and important to do so every year. A justification for doing it is no longer needed, it is something done by default. In some ways the necessity to start questionable wars of luxury is much like that Christmas tree – an odd tradition that is not of an importance or value anymore.

In order to break this down we need to go back to the start. 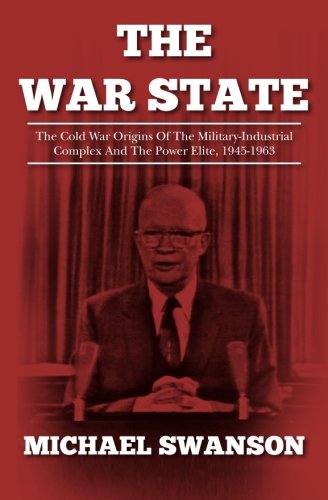 It is hard for people in our times, especially foreign people to understand the fact that the United States was not a massive military power until WWII. Today sole hyperpower was at a time not that long ago a much different nation militarily and foreign policy speaking. In 1914 at the start of the Great War in Europe the territorially massive United States had a total armed forces of around 166,000 men. From 1776 until that point the manpower of US forces was minimal by European standards. That America of those times was an isolated self-focused America that many today long for. When the US entered WWI shedding the binds of its isolationist tendencies it bulked up to nearly 3,000,000 soldiers by the end of 1918. However, directly after the Great War finally ended the military severely deflated itself back down much closer to its original size.

“The Good War” in the 1940’s was the final nail in the isolationist coffin as American forces would forever remain in the millions of men after the defeat of Germany and Japan by the Allies.

The 1940s are the point the point where the permanent military industrial complex that we know of today starts to take hold. Slightly later it got the name by which we call it today thanks to a speech by President Eisenhower at the very tail end of his presidency in 1961. Sadly Mr. Eisenhower did nothing to stop the growth of the warmachine only choosing to warn us about it with nearly no time left in office. One would have expected bold action from a man known for his bravery and cunning.

The ideological justification for retaining a massive US military in peacetime was Communism. A global Communist threat seemed like something grand enough to be worth throwing away a large portion of America’s traditional (and very successful) identity.

As time went on wars of questionable origins in Korea and Vietnam continued to provide proof of the need for massive military spending and continued expansion.

With the collapse of the Soviet Union in the early 90’s American forces could have (in theory) reduced in size as there was no longer any real geopolitical competitor to the US. This was a “turning point” moment when America could possibly have gone back to being the America that was and scaled down to a few hundred thousand men under the umbrella of a few thousand nuclear warheads and enough billions of dollars to make sure that the US would never “fall behind” from a weapons standpoint.

But this was not to be. Washington chose to go with “Global Hegemon” America and has not looked back. But at this point massive military spending still required some sort of reason to spend hundreds of billions per year. Iraq and Afghanistan were enough justification to keep millions of men in uniforms on bases all over the world mostly doing pushups and cleaning the toilets in a “global war on terror”.

Now there is a new “Russian threat” that is hard for politicians to define or prove exists but is just juicy enough for them it is still call for increasing defense spending or build system X in European country Y that they can’t find on a map.

As we can see since WWII, the US military has gone from dealing with direct threats (Germany, Japan) to direct threats via proxy (The Soviet Union in Korea/Vietnam) to overinflated threats (Iraq, Afghanistan) to fake threats (today’s Russia). I would argue and even offer that at this point there is no political means nor will to ever go “back” to the isolated America. That America as a concept is dead and both the politicians and the public understand and support the US having a massive military. No threat is needed any more as having a massive military is no longer even a question. It is a default position like seeing the world as round – only a tiny handful of lunatics of zero influence could argue otherwise and debating with them is pointless.

Furthermore as we have seen any politician who goes against the military industrial complex (MIC) is deemed a traitor and “against the troops”.

This current state of things is actually very good from the standpoint of peace and America’s reputation. Since war is no longer necessary to justify the MIC the US is much more free to not engage in warfare. In fact war is completely unnecessary. At some point advertisements for automobiles had to stop mentioning their superiority to horses. We are at the same point with the MIC. Politicians and the mainstream media do not need to search for/create enemies because they are no longer needed. The US military is to be forever massive and expensive and profitable and it may even become very peaceful because of this. Why work when you can make billions doing virtually nothing?