According to the latest statistics1 nearly 40 percent of American adults, over 18 percent of teens and nearly 14 percent of young children are now obese, not just overweight, and processed foods and sweetened beverages are clearly driving factors.

Unfortunately, many make the mistake of thinking artificially sweetened products are a healthier option as it cuts down your calories. Nothing could be further from the truth.

Over the years, an ever-growing number of studies have shown artificial sweeteners raise your risk of both obesity and Type 2 diabetes — perhaps even to a greater degree than sugar does. Among the most recent examples is an animal study2,3 presented at the 2018 Experimental Biology conference in San Diego.

The study, which explored how different sweeteners affect the way food is used and stored in the body, and how they affect vascular functioning, found both sugar and artificial sweeteners result in impairments, albeit through different pathways.

After being fed a diet high in either artificial sweeteners (aspartame or acesulfame potassium) or sugars (glucose or fructose) for three weeks, detrimental effects were seen in all groups. All had increased blood lipids (fats), but the artificial sweeteners also accumulated in the blood of the animals, which harmed the blood vessel lining to a greater degree. 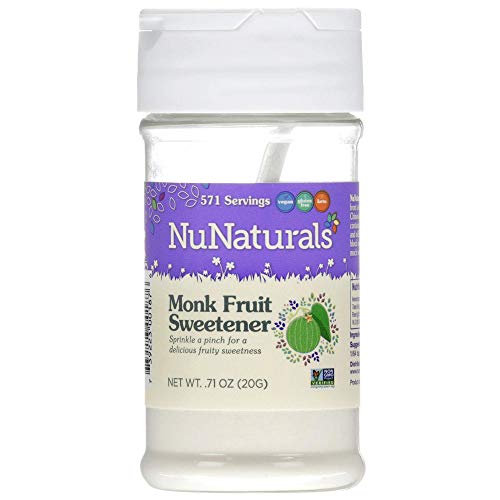 The results indicate that artificial sweeteners alter how your body processes fat and produces energy at the cellular level. So, while operating on completely different chemical pathways, they produce the same kinds of health consequences as sugar.

Despite such evidence, the artificial sweetener market continues to thrive. As reported by Food Navigator,4 Merisant launched a new zero calorie sweetener called Sugarly Sweet exclusively on Amazon in late January 2019, and has also created a brand-new line of artificial sweeteners fortified with vitamins and minerals.

The fortified sweeteners are sold under the company’s Equal Plus brand, and are available in three versions: vitamin C and zinc,5 vitamins B3, B5 and B12,6 or vitamins C and E.7 The products are marketed as a “good source” of these nutrients, as a single packet provides 10 percent of the daily recommended value of the added vitamins and minerals. E.G. Fishburne, director of Merisant marketing in North America, told Food Navigator:8

“Consumers are looking to get more out of their foods, including more vitamins and nutrients, and that hasn’t really permeated into the sweetener space. So, we thought it was a natural fit with someone adding a sweetener to their coffee or beverage in the morning. Why not have that added benefit of getting a good source of a vitamin in that as well?”

Well, just because something sounds like a good idea doesn’t mean it actually is, and that’s certainly the case here. The added vitamins and minerals do absolutely nothing to change the artificial sweetener’s detrimental impact on your health.

In short, the artificial sweetener basically tricks your body into storing fat by raising your insulin level, even though the sugar never arrives. Studies have also demonstrated that when sweet taste and caloric intake are mismatched, your body loses its ability to properly regulate your blood sugar. Sweet taste without calories also increases appetite11 and subjective hunger ratings.12

Artificial sweeteners also have significantly different effects on your gut microbiome than sugar. While sugar is detrimental because it tends to feed health-harming microbes, artificial sweeteners could easily be considered the worst of the two, as they have been shown to be downright toxic to gut bacteria.

In a 2008 study,13 sucralose (Splenda) was shown to reduce gut bacteria by as much as 50 percent, preferentially targeting bacteria known to have important human health benefits. Consuming as few as seven little Splenda packets may be enough to have a detrimental effect on your gut microbiome.

Aside from the countless side effects associated with an impaired gut microbiome, sucralose has also been linked to a wide variety of other health effects. A sampling of studies are listed in “Research Reveals Shocking Information About Splenda Side Effects,” where you’ll also find a long list of studies demonstrating artificial sweeteners cause weight gain and metabolic dysfunction.

More recent research has confirmed and expanded these findings, showing that all currently approved artificial sweeteners disrupt the gut microbiome. The animal study,14 published in the journal Molecules in October 2018, found aspartame, sucralose, saccharin, neotame, advantame and acesulfame potassium-k all cause DNA damage in, and interfere with, the normal and healthy activity of gut bacteria.

While all six artificial sweeteners were found to have toxic effects on gut bacteria, there were individual differences in the type and amount of damage they produced:

Artificial Sweeteners May Cause Muscle Breakdown

Other recent research,15 mentioned at the beginning of this article, found that in addition to harming blood vessels and raising the risk of obesity and Type 2 diabetes, artificial sweeteners also caused the breakdown of muscle.

As explained by lead author Brian Hoffmann, Ph.D., assistant professor in the department of biomedical engineering at the Marquette University and Medical College of Wisconsin,16 “[Artificial] sweeteners kind of trick the body. And then when your body’s not getting the energy it needs — because it does need some sugar to function properly — it potentially finds that source elsewhere.” Muscle is one such alternative source.

For moderately concentrated nutrients, rats learned to prefer the food associated with regular feeding than “sham feeding,” in which the ingested food flowed out of the body through a gastric fistula.

However, rats did not show preference if highly concentrated nutrients were used. Hypothalamus has been shown to mediate the postingestive food reward. Hypothalamus secretes various neuropeptides to regulate energy, osmotic balance and feeding behavior … Increasing evidence suggests that artificial sweeteners do not activate the food reward pathways in the same fashion as natural sweeteners.

Lack of caloric contribution generally eliminates the postingestive component. Functional magnetic imaging in normal weight men showed that glucose ingestion resulted in a prolonged signal depression in the hypothalamus. This response was not observed with sucralose ingestion.

Natural and artificial sweeteners also activate the gustatory branch differently. The sweet taste receptor … contain several ligand-binding sites … On the functional level, sucrose ingestion, compared to saccharin ingestion, was associated with greater activation of the higher gustatory areas such as the insula, orbitofrontal cortex and amygdala.

These pilot investigations are consistent with a revised hypothesis: Sweetness decoupled from caloric content offers partial, but not complete, activation of the food reward pathways.

Activation of the hedonic component may contribute to increased appetite. Animals seek food to satisfy the inherent craving for sweetness, even in the absence of energy need. Lack of complete satisfaction, likely because of the failure to activate the postingestive component, further fuels the food seeking behavior.”

In related news, a recent observational study18 by the American Heart Association (AHA) found that, compared to drinking none or just one “diet” drink per week, drinking two or more artificially sweetened beverages per day raises the risk of stroke, heart attack and early death in women over 50 by 23 percent, 29 percent and 16 percent respectively.

The risk is particularly high for women with no previous history of heart disease, those who are obese and/or African-American women. The study included more than 81,700 women from the Women’s Health Initiative Observational Study, a longitudinal study of the health of nearly 93,680 postmenopausal women between the ages of 50 and 79. The mean follow-up time was close to 12 years. According to the authors: 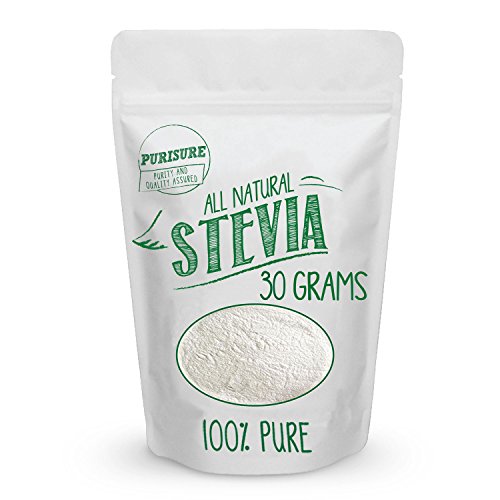 “Most participants (64.1 percent) were infrequent consumers (never or <1/week) of [artificially sweetened beverages] ASB, with only 5.1 percent consuming ≥2 ASBs/day.

In multivariate analyses, those consuming the highest level of ASB compared to never or rarely … had significantly greater likelihood of all end points (except hemorrhagic stroke), after controlling for multiple covariates.

Adjusted models indicated that hazard ratios … were 1.23 for all stroke; 1.31 for ischemic stroke; 1.29 for coronary heart disease; and 1.16 for all-cause mortality.

In women with no prior history of cardiovascular disease or diabetes mellitus, high consumption of ASB was associated with more than a twofold increased risk of small artery occlusion ischemic stroke … High consumption of ASBs was associated with significantly increased risk of ischemic stroke in women with body mass index ≥30 …”

In an accompanying editorial,19 “Artificial Sweeteners, Real Risks,” Hannah Gardener, assistant scientist, department of neurology at the University of Miami, and Dr. Mitchell Elkind suggest drinking pure water instead of no-calorie sweetened beverages, as it is by far the safest and healthiest low-calorie drink there is.

If you want some flavor, just squeeze a little bit of fresh lemon or lime into mineral water. In instances where your cooking, baking or beverage needs a little sweetener, be mindful of your choice.

Two of the best sugar substitutes are Stevia and Lo Han Kuo (also spelled Luo Han Guo). Stevia, a highly sweet herb derived from the leaf of the South American stevia plant, is sold as a supplement. It’s completely safe in its natural form and can be used to sweeten most dishes and drinks.

Lo Han Kuo is similar to Stevia, but is my personal favorite. I use the Lakanto brand vanilla flavor which is a real treat for me. The Lo Han fruit has been used as a sweetener for centuries, and it’s about 200 times sweeter than sugar.

A third alternative is to use pure glucose, also known as dextrose. Dextrose is only 70 percent as sweet as sucrose, so you’ll end up using a bit more of it for the same amount of sweetness, making it slightly more expensive than regular sugar.

Still, it’s well worth it for your health as it does not contain any fructose whatsoever. Contrary to fructose, glucose can be used directly by every cell in your body and as such is a far safer sugar alternative.