Another Hoax in History

We have been having brilliant weather in France for several days. So my wife and I spent a glorious Saturday walking along the Seine. We stopped for a drink on a cafe built on a peniche (riverboat) along the Pont Alexandre III. Our conversation turned on the Jussie Smollett hate hoax. She is a very well informed French journalist but had never heard of him nor his shenanigans in Chicago. After I made a brief description of his hoax she replied “C’est comme l’affaire de l’observatoire.”

François Mitterand, a future president of France, was in opposition to the nomination of Charles de Gaulle to come to power as the first president of the Fifth Republic in the fall of 1959. It was an especially tense period due to the continuing war in Algeria, at that time a part of France. Mitterand had a history as the interior minister (the head of the police) of aggressive action against the Algerian independence movement. In Paris, on the night of October 15 to 16, Mitterand left the famous Brasserie Lipp on the Boulevard Saint-Germain. He was being driven in his Peugeot 403 on the Avenue de l’Observatoire where he claimed his car was strafed by bullets. This brought sympathy to Mitterand and his political position. But about one week later the actual gunman or at least the organizer of the attack, Robert Pesquet, (a former right-wing member of the Assembly) accused François Mitterrand of having ordered the attack to publicize himself. Hence the recognition by my wife of this affair with Mr. Smollett. Pesquet had proof that he had met on more than one occasion with Mitterand. Mitterand later responded that he had been warned by Pesquet that he was the target of an Algérie française death squad and accused Prime Minister Michel Debré of being its instigator. An inconclusive investigation into the affair had the political result of putting Mitterand into the wilderness for over 20 years until he was elected president in 1981. To the best I have been able to find, it is generally agreed that the attack was a hoax, i.e., not to really meant to harm Mitterand. But was it planned by Mitterand or by his opponents as a setup (how is that for 3D chess?), is not definitively known.

I could easily imagine that it was Mitterrand who planned the hoax. A cursory study of his life reveals that he was an ultimate shapeshifter. At the beginning of WWII, he fought in the French army. After the fall of France, he served in the collaborationist Vichy government. But from 1943 to the end of the war he was fully in the resistance. After the war he rose in politics on the left. But as mentioned above, he was considered to be vicious in Algeria in his role as minister. In the left-wing magazine Jacobin, Ian Birchall has written, “For François Mitterrand, France’s atrocities in Algeria were stepping-stones to power.” Throughout his presidency, he kept a secret second family. He personally ordered the bombing of Greenpeace’s the Rainbow Warrior in New Zealand, resulting in one death and the sinking of the ship. And he is still a hero to the left in France.

Exploring the French capital is paradoxical considering the full scope of the past to the present. Virtually any corner of Paris can reveal a charming building where at the doorstep someone had died in battle or as the result of a crime. Many times, living in the 14th arrondissement, I had walked with my daughter in a stroller near where the attack occurred on Mitterand. Even on the day, we were enjoying our ballad along the Seine we could hear explosions from the flash-balls used by the gendarmes against the latest manifestation of the gilets jaunes. Vivé la France!, la France qui est très intéressant. 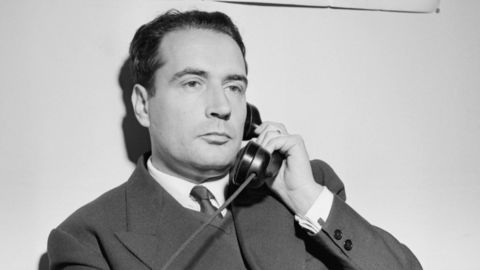 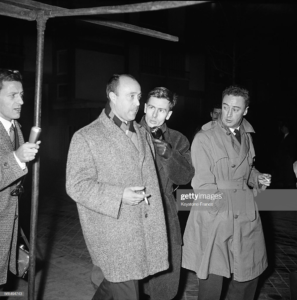 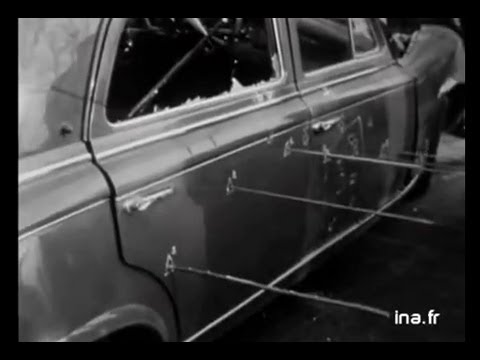 The Peugeot during the investigation.

Previous article by Ira Katz: The Art of Propaganda